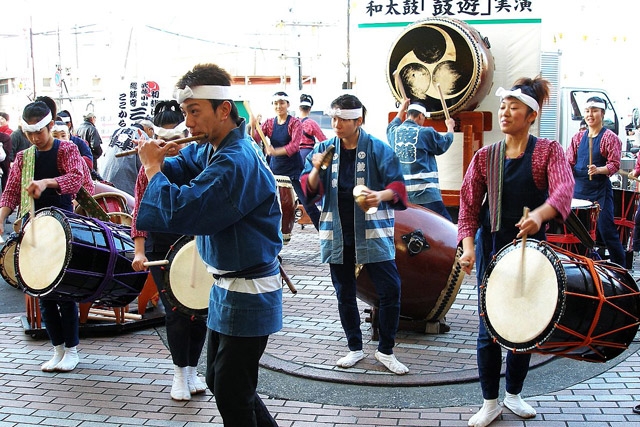 New Year's is the most important traditional holiday celebrated in Japan. In the pre-World War II Osaka of my childhood, where my parents ran a shop that sold baby clothes and bedding, old customs and traditions were very much respected; by mid-December everyone was busy preparing for the festivities that accompanied the ending of the old year and the ushering in of the new.

For us children, the first indication of the approach of New Year's came when our mother pulled out our festival kimonos to make sure they still fit—she usually had to adjust the shoulders and waists to accommodate our growth over the preceding year. At about the same time, my father and the employees of the shop would busy themselves preparing invoices and paying bills, in keeping with the tradition that called for starting the New Year without any debts. This was also the time when everyone would begin writing New Year's postcards to friends, relatives, teachers, superiors, and acquaintances-practically everyone with whom one had had any significant contact during the past year. The cards were mailed in advance and delivered on the morning of January 1. The cards we sent as children often included our drawings of the animal associated with the year to come. (1991, for example, is the Year of the Sheep, and 1992, the Year of the Monkey, and so on.)

According to the tradition of Shinto, Japan's indigenous religion, a kami (god) enters the house at New Year's. Thus, a complete cleaning of the house from top to bottom—including the attic and the floors under the tatami mats—was required to welcome the god. As children we always helped our mother with this cleaning.

School closed on December 25, not because it was Christmas, but because this was the day that everyone, even children, was mobilized for the final, intense stage of preparations for New Year's. One of the most enjoyable of these preparations was the trip to a big year-end market to buy food, decorations, and Our New Year's toys: hagoita (wooden badminton racquets) for girls and kites and tops for boys. The hagoita had drawings on one side, and my mother used to grow irritable at the amount of time it always took me to make my selection.

On the 28th of December the kadomatsu, a decoration made with cut bamboo and pine twigs, was displayed at the entrance of the house to greet the toshigami (New Year god), who is said to bring good luck. Rice cakes, made by pounding steamed glutinous rice, were originally prepared as offerings to the New Year god as well.

The men would pound the rice with a large wooden mallet while the women reached into the mortar between blows to moisten and turn over the rice. Those not participating in the pounding stood by watching and calling out a rhythm for the pounders, while eagerly awaiting their turn to eat a piece of fresh rice cake with a dollop of sweet bean paste inside.

During the last three days of the year, Mother was always very busy preparing the food we would eat during the holiday. According to tradition, the New Year's god is not to be disturbed by the sounds of cooking for the first three days of the New Year, and most stores were closed for the first week of the year back then, so there was a lot of cooking to do. Most of the foods eaten at New Year's are those considered to be auspicious—among them are kuromame (sweet black beans), kazunoko (herring roe), and kobumaki (rolled kelp). Shrimp is also eaten at New Year's: because a shrimp's back is curved like the back of an elderly person, eating it is believed to promote longevity.

The cleaning of my father's shop had to wait until the business was closed for the year on the afternoon of December 31. When everything was sparkling clean, Father would go around the house putting up shimenawa (a sacred rope of straw with white paper strips dangling from it, marking the temporary abode of the New Year god) over the front door and in various other places. Mother decorated the tokonoma (alcove) with an auspicious scroll-usually one depicting Mt. Fuji—and two round rice cakes decorated with a number of edible items also considered lucky, such as an orange, dried persimmons, and dried kelp.

Late on the evening of December 31, after all of these preparations were completed, everyone would eat a bowl of buckwheat noodles called toshikoshisoba ("year-crossing noodles") and listen for the sound of the Buddhist temple bells, which were rung 108 times at midnight. The sound of these bells is said to purify the listeners of the 108 sins or evil passions that plague every human being.

On New Year's morning, we would all dress in our festive kimonos and gather in the living room for the special first meal of the year. For the occasion we would use lacquerware bowls and dishes, which were set out on small individual tray-tables. Each member of the family would use a pair of wooden chopsticks reserved especially for the New Year's holiday. As part of the "blessings from the mountains."

After exchanging New Year's greetings, we would eat the New Year's foods, along with a special soup, called ozoni, containing pounded rice cakes. The other ingredients of ozoni vary depending on the region and the family. My mother used to make hers Kyoto style, with white bean paste, and I make mine the same way. After breakfast, all members of the household, including the employees of the shop, sat in front of father, waiting for their turn to tell him their New Year's resolutions and receive the traditional New Year's gift money called otoshidama. Around this time the postman would come around delivering the New Year's postcards.

Many people pay a visit to the local shrine on New Year's Eve, but we usually went the next morning after breakfast, when it wasn't so crowded. At the shrine we would say a prayer and draw a sacred lot to learn our New Year's fortune. We would also bring our old good luck amulet and exchange it for a new one.

New Year's Day is traditionally spent with family members and close relatives. In our family, all the aunts, uncles, and cousins gathered at my grandmother's house to eat, drink, talk, and play games. This was one of the few times during the year when we would see all of our cousins at once. There were nearly twenty children in the house running around, playing, and fighting.

Traditional belief holds that engaging in a lesson or hobby on the second day of the New Year will improve one's skills in it, and so on that day we had to do our first calligraphy of the year and show it to our parents. My father would fetch fresh water from the well, which we used to make ink by rubbing it with the solid ink stick on the ink stone. The smell of the fresh ink would make me think about the plans and dreams I had for the New Year. We would write auspicious words, our New Year's resolutions, or just words we liked, and the resulting calligraphy was displayed in the house until January 15, the day that marks the official end of the New Year's celebration.

After we did our calligraphy, we were allowed to go out and play with our friends while the adults visited friends and neighbors, exchanging the traditional New Year's words of greeting. We children would show off our hagoita and compete with kites and tops.

The three days of New Year's celebrations passed quickly. Before we knew it, we were back in school, and the adults had gone back to their old routine. Today, not as many people go through such extensive preparations for New Year's, and a lot of the things that were familiar to me as New Year's customs are gone. Pre-prepared New Year's foods are sold at department stores and have become very popular because women now often lack the time or ambition to prepare the traditional foods themselves but still want to be able to serve them. Stores now reopen on the second or third day of the New Year. In the city, I rarely see people pounding rice anymore, and the kadomatsu decoration is out of fashion.

I believe, however, that the spirit and significance of New Year's continue to survive in Japan. People still get together with family and friends, giving thanks for the past year, wishing each attitude and feelings. I hope that my children will cherish their childhood New Year's memories and pass on to the next generation the customs I taught them. And I hope that I will eventually be visited by my children and grandchildren on New Year's and have a big family gathering like those my grandmother used to have.