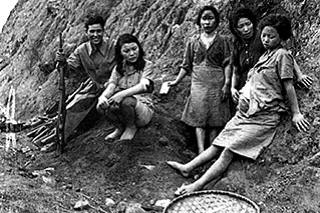 The Japanese view of their history in the twentieth century often differs from that held by other Asians. Their neighbors tend to get particularly upset when “distortions” appear in Japanese schoolbooks. As a result of the latest tiff, on April 9 South Korea expressed its displeasure by recalling its ambassador from Japan.

At issue is a new textbook written by a group of scholars said to have right-wing views. Before approving it, the Japanese government says it secured 137 corrections in the text. For example, a statement that Japan took possession of Korea in 1910 by legitimate means now reads that it was annexed by force. The Japanese point out that the textbooks are published by private companies (this one by Fushosha). The government is allowed by law to screen them “fairly” but not to rewrite them.

The South Koreans are not appeased. They note that neither this book nor four earlier Japanese history books mention that thousands of girls from Asian countries, mostly from Korea, were made to work in Japanese army brothels. Such historical sins of omission should not be tolerated, they say.

South Korea and Japan have done much to end the bitterness of the past. In 1998, Keizo Obushi, then Japan’s prime minister, offered his country’s heartfelt apology for the sufferings of Koreans under Japanese rule. South Korea has opened its doors to Japanese popular culture, and plans to abolish any remaining import restrictions before the World Cup football matches to be held in the two countries next year. But lasting friendship between the old enemies depends on a “correct understanding of history,” says an officil in South Korea’s Foreign Ministry sternly.