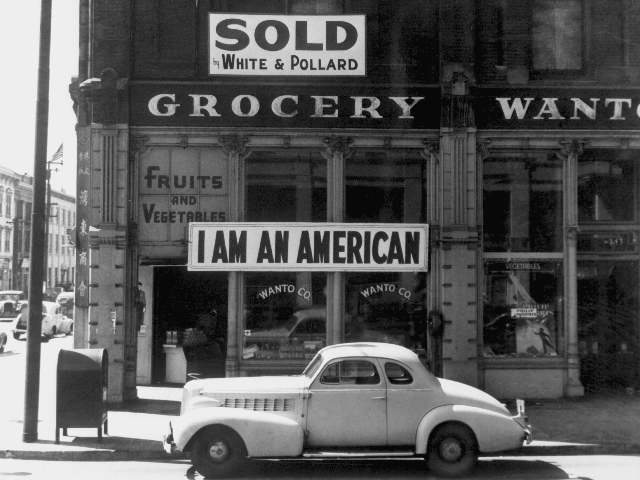 A role-playing and discussion exercise on the Japanese American Internment in the 1940s.

Do you think that something similar to the Japanese American internment can happen again? Discuss current events—weren't individuals from Iraq suspected of espionage and watched closely during the Persian Gulf War? Do you think those fears could have escalated and resulted in serious action?

This lesson is divided into four parts. Prior to each section, do not give an explanation of why or what students are doing. If students are curious, tell them they will find out later. Choose a few questions from the list in each section, or assign certain questions to different sections of the class.

Students will write a list of things we often take for granted—things that the Japanese Americans were deprived of during internment. Give students a few minutes to answer each question.

Ask students to respond to situations similar to what Japanese Americans faced.

Imagine you were going away—you don't know where, how long, or under what conditions. Out of the list you have made take anything you want and need, as long as you can carry them.

Imagine that you will not be able to see any of those special people again?

You cannot take your pet with you where you are going.

In your new "home," you smell horses and manure. You notice a barbed wire fence surrounds the buildings you and other people like you live in. And you see that you cannot get out.

Your new "home" is one room, where all of your family must live. There are only some cots to sleep on, nothing else.

In your new "home," you cannot do any of the things you do regularly.

Imagine getting up in the morning. You have to go to the bathroom, but you have to walk about a half a block to get there.

It's breakfast time, served exactly at 7 AM. If you miss breakfast, you must wait until noon for food. (You have no refrigerator, nor is there a store nearby.) You must walk outside of your "house" again to the Mess Hall to eat. You have to wait in line, along with about half of the hundred people who live in your block of buildings. You have to eat what is served in the Mess Hall. This morning, it is the usual powdered eggs and powdered milk, or oatmeal mush.

Students will imagine returning to the original neighborhood from which they were forced to move. They experience hostility or sympathy and friendship.

Situation: Three years after their internment, Japanese Americans were allowed to return to the West Coast, where they often faced signs that told them to "go back where they came from" or graffiti telling them they were not welcome. Someone else often occupied their former house and was reluctant to leave. But many times, kind and generous people offered their homes or helped them to find one and to find jobs.

Procedure: Two volunteers will enact the following drama. The first student is occupying the second student's desk, while the second student had stood in the hallway on the teacher's orders. He/she has returned.

Ask the students the following questions:

The readings are excerpts from Japanese American Journey edited by Florence Hongo (teachers can obtain copy of this book in their local library or order a copy from JACP at 800-874-2242). For elementary level students, teachers should read aloud in class the excerpts noted. For intermediate level students, teachers may assign the reading either to be read in class or for homework.

Reading: Read pp. 3-11 (beginning with the section "The Calm is Broken" to the section "Again to Move" in the Japanese American Journey. Also read "The Return," pp. 53-55.

Students will now likely identify with the fact that Japanese Americans were stripped of their homes, possessions, friends and sometimes, families. They didn't know they where they were going, or how long they would stay. They had to adopt to a new routine and a new, restricted way of life. When they returned "home," three years later, they were often met with acts of dicrimination and violence. But some people who understood what they had gone through, treated them with kindness and sympathy.

Conclude the discussion by telling the students that, after close to fifty years, the U.S. government decided they had made a terrible mistake in putting Japanese Americans into camps. Each of the survivors was sent an apology and a check beginning in 1990. (Only half of the original camp population are now living, the majority are in their late 60's and 70's.)

Students studying the U.S. Constitution can discuss the Bill of Rights in the context of Japanese American internment. While keeping in mind that virtually all internees were American citizens, students should determine which of their constitutional rights were violated during the internment. Follow with class discussion.

Ask students to write a paper or prepare a presentation on the suspension of habeas corpus, including the analysis of at least two case studies. What has history taught us?