Looking Ahead: Australia’s International Education After the Pandemic 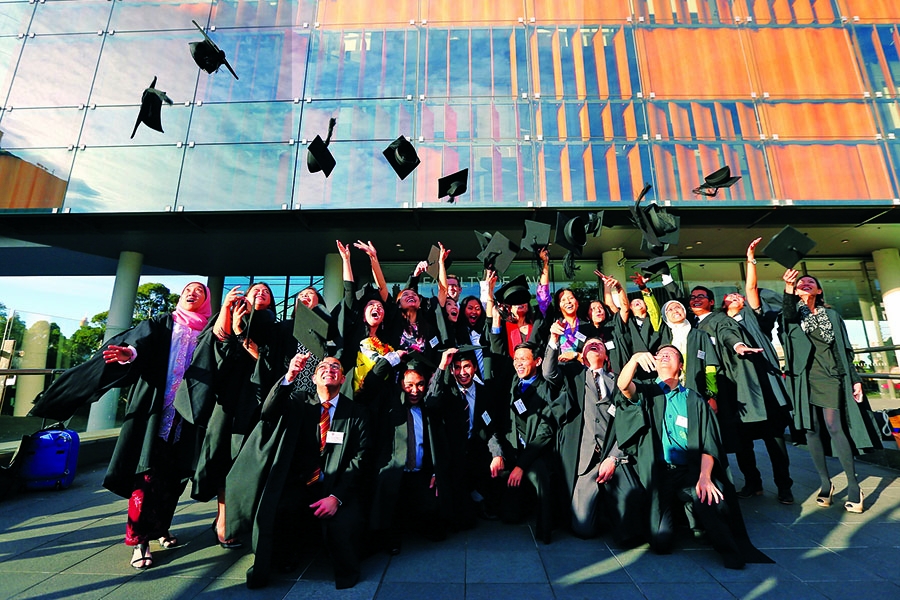 International education has been a quiet achiever for Australia. Within two decades, it has become an industry generating $40 billion per year for our economy and a major catalyst for global education and research links and soft-power diplomacy in our region.

However, the growth of the sector has not been without its detractors. Communicating the benefits of international education to the wider Australian community is a perpetual challenge. Unfortunately, the COVID-19 pandemic has only served to exacerbate certain negative perceptions about students from Asian countries – namely, the Australian economy’s overdependence on China, a lack of engagement of international students in Australian life, and some xenophobic attitudes exacerbated by anxieties and prejudices surrounding the pandemic.

Australia’s international education will remain our key channel of engagement with the region, as well as an economic enabler of our education sector. But the impact of the pandemic will be significant. To recover and prosper in the post-COVID environment, the sector must accelerate its genuine attempts to diversify its key student source markets, embrace online and offshore delivery models and partnerships, capitalise on our advantages and reputation vis-à-vis our main competitors, and get our quarantine and border policy settings right in an increasingly volatile local political environment.

In the immediate aftermath of World War II, Australia shared a genuine concern with other Western bloc powers that its Asian neighbours would succumb to the influence of communist ideology (75 years later some might say little has changed).

A direct outcome of these concerns was the creation of the Colombo Plan, which was effectively a tuition-free scholarship program for future leaders from countries in our region. Many of today’s leading Asian politicians, scientists, academics and CEOs recall with gratitude the Australian university education which was provided to them via this program. Having discovered that they could effectively provide world class qualifications to Asia’s rising elites, it was not until the 1980s that the Hawke Government permitted our universities to charge full tuition fees to students from the region. At the time, nobody envisaged that international education would become our nation’s fourth-largest export industry.

Initially, Australia’s governments paid little attention to the dynamics of this emerging industry. Even within our 39 public universities there was a strong push to refer to international education as a sector, which should be devoted to pure academic endeavour rather than also being a revenue-generating industry. Over time, up to one third of our international education delivery has come to include private English language colleges, high schools, and many private VET and higher education institutions. A number of these are listed on the Australian Stock Exchange. Unfettered by government-imposed caps on numbers (which apply to domestic student recruitment), our education providers employed large numbers of professional marketing staff, signed up an army of offshore education agents, and formalised commercial partnerships with overseas-based education institutions.

Before the pandemic, Australia was on track to have over 750,000 full fee-paying international students. Of these, approximately 35% are Chinese and 18% Indian, with Nepal, Malaysia, Vietnam, South Korea and, more recently, Brazil and Colombia now included in our top ten student source countries.

According to the Federal Department of Education, over 200,000 Australians are now employed in roles associated with the industry. This includes people working in many offshoot sectors such as Purpose Built Student Accommodation Providers (ironically, most of these are owned by UK, Canadian and Singapore pension funds). The Australian Bureau of Statistics estimate that out of A$40 billion of annual economic value ascribed to the sector, 40% is direct tuition fees, with the balance being made up of accommodation, food and entertainment expenditure by students in Australia.

Noticeable impacts of the pandemic on the industry include:

1.  Significant enrolment declines at the start of our 2020 academic year.

Some 39% of Chinese Student Visa holders have still not been able to re-enter Australia (South Korea 18%, Vietnam 12%, Malaysia 11%). If the travel bans remain in place throughout this year, some of our Group of Eight universities have estimated individual impacts to their budgets upwards of $600 million each. For purpose-built accommodation companies, who rely on China for approximately 60% of their student tenants, the situation is verging on catastrophic. Many associated retailers, particularly in the food sector, may never reopen their doors.

2. A distressing lack of awareness by the wider Australian community as to the importance of international education, both for our national economy and for our soft power diplomacy in Asia.

At one level this has been apparent by the lack of financial and policy support from the Federal Government in direct contrast to other industries such as tourism, mining and agriculture. At a community level, we have witnessed some appalling racist attacks on young people who “look like” they might be Asian students. As a sector, we are now even more aware that our social license to operate cannot be taken for granted.

3. A push by Australian education providers to rapidly transition to online learning delivery for both their onshore and offshore enrolled overseas students.

Through Federal Government initiatives, such as Julie Bishop’s New Colombo Plan, and universities’ own scholarship programs, we now have one in every five Australian undergraduates undertaking learning abroad experience. The vast majority of these young Australians are studying in Asian universities, which has been an impactful and effective way to break down perception barriers in our region. Of course, the pandemic has prevented most of these awardees from taking up their scholarships.

The lessons that will be learnt from the current crisis are many. Compared to our competitors, Australia has not placed enough emphasis on building and operating campuses in other countries. In China alone, there are now well over 500 international high schools but only 39 are teaching an Australian Year 12 matriculation syllabus. Instead, the vast majority are being taught UK, Canadian or USA-equivalent certificates, enabling Chinese students to have a direct pathway into these nations’ universities.

In equal measure, our education providers must place greater emphasis on recruiting from new markets in Africa, Latin America, and currently-underrepresented countries across Asia. We must focus a great deal more on building partnerships with Asian institutions. Furthermore, now that we have been forced into online education provision, our education providers will need to better utilise this delivery platform going forward.

There are mixed views about which study destination countries are likely to recover their market share more rapidly than others.

On one hand, the main annual August intake date for education providers in the Northern Hemisphere is looking increasingly problematic. With nations such as the UK continuing to enforce quarantine provisions, this coincides with the very time when international students are making their decisions about where they might study (allowing for a few months’ pre-departure lead time to organise visas, health and financial checks). On this basis, with main intake dates in February/March, Australia and New Zealand might be best positioned to gain post-pandemic first-mover advantage.

On the other hand, successful opening of our borders in 2020 may be dependent on our border and quarantine policy settings and the political mood of the electorate. With state elections due in Queensland, Western Australia and the Northern Territory, we are already noting a reluctance of those governments to support overseas student intake discussions. In a similar vein, we may well find that our health officials’ advice to Home Affairs Department is to only support intakes from source countries that are deemed to have successfully contained the virus. While this could be good for education providers who recruit students from China, South Korea and Japan, it may be a different scenario for those who rely on South Asian and Latin American markets. The next few months will therefore be vital to track the Australian political mood, border and health policy-development and testing, and the progress with containment of the COVID-19 pandemic globally.

These challenges notwithstanding, Australia is still well positioned to continue ‘punching above its weight’ in the competitive international education space. Some critics might argue that we have come to rely too heavily on too many overseas students from too few countries. However, these critics undervalue the direct and substantial economic, educational and research benefits international students bring to Australia, and the complexity and diversity of the sector, which will be critical to Australia’s post-pandemic recovery. Moreover, if our world-class education providers can continue to instill global citizenship values into our region’s future leaders, that itself will be a demonstrable good.