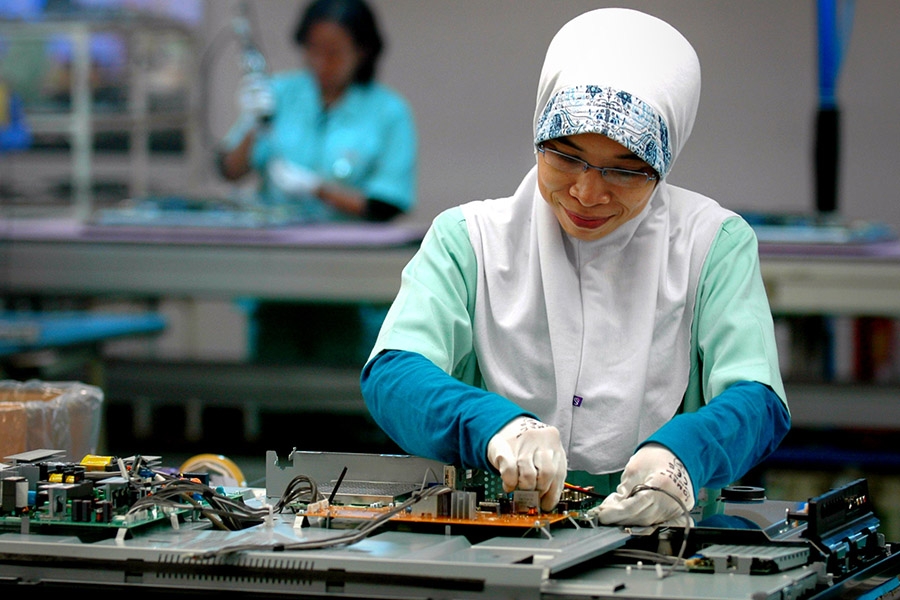 Given the avalanche of crises that have beset the Indo-Pacific in 2020, analysts might be forgiven for failing to notice quiet progress towards the Regional Comprehensive Economic Partnership (RCEP).

However, if this mega-regional trade agreement is completed this year, it will be instrumental in the Indo-Pacific’s post-COVID economic recovery.

RCEP is a multilateral trade agreement comprising fifteen economies in the Indo-Pacific: Australia, China, Japan, Korea, New Zealand and the ten ASEAN members. Its objective is to integrate the existing set of “ASEAN Plus One” trade agreements into a unified agreement, creating a single and cohesive set of trade rules for the Indo-Pacific.

Given its diverse membership, negotiations have been a long and difficult journey. Since 2013, governments have completed thirty-one rounds of negotiations and eighteen ministerial meetings. India – an original party – departed in late 2019 due to differences over the scope of tariff reductions. Six separate (and self-imposed) deadlines were missed. The COVID crisis forced negotiations to shift to a virtual modality from April.

Yet RCEP has survived all these setbacks. The ‘text’ (i.e. the regulatory components) was settled in late 2019; with market access (tariff reductions) now being finalised. The governments have declared an intention to sign the agreement this year, likely around the ASEAN Summit in November.

RCEP should be receiving much more attention, given that it is one of the most significant trade agreements ever negotiated.

Measured by population and economic size, it will be the largest regional trade bloc in existence, accounting for around a third of world GDP. Measured in terms of trade volumes, its 29 per cent world share is only a fraction smaller than the EU (33 per cent). Indeed, RCEP will soon overtake Europe on this measure as well, as Indo-Pacific economies rapidly deepen their trade orientation.

RCEP will be the world’s second-most important trade agreement on arrival, ranking behind only the WTO itself.

It has also had to overcome massive political headwinds. A global turn towards protectionism, which began after the global financial crisis of 2009, has seen many governments move away from trade liberalisation. The COVID crisis has compounded the challenge. It has distracted economic policymakers from forward-looking agendas, as attention has been redirected towards domestic recovery efforts. It has also led to a spike in protectionism, as governments have restricted trade in critical commodities such as food and medical products.

That the world’s largest-ever regional trade bloc is being delivered in such hostile circumstances is a remarkable achievement. It testifies to the commitment of Indo-Pacific governments to trade liberalisation, at a time when the rest of the world is turning inwards.

However, RCEP has a second – and potentially more significant – contribution to make to Indo-Pacific economies. This is because it is a “value-chain enabling” trade agreement, which will help rebuild regional connections severed by the COVID crisis.

Value chains are an essential component of the contemporary global economy. They are cross-border industrial networks for producing goods, where countries specialise in different stages of production associated with a finished product.

The Apple iPhone is probably the best example of a product dependent on global value chains. It is made from hundreds of individual components, which are sourced from specialised suppliers in forty-three countries across six continents, before final assembly in China for sale to world markets.

However, value chains have largely been ignored by recent trade diplomacy.

Since the early 2000s, there has been a ‘turn to bilateralism’ in the trade system. Rather than pursuing multilateral agreements (at the global or regional levels), governments have preferred smaller bilateral free trade agreements. According to WTO data, there are currently 258 bilateral FTAs in force.

The primary appeal of bilateral FTAs is their ease: with only two parties, deals can be negotiated far more quickly than in multilateral fora. For these reasons, bilateral FTAs are often viewed as a useful ‘second best’ trade strategy, to be used when multilateralism fails.

But from a value chain perspective, bilateral FTAs are a major problem. As they only lower barriers between two economies, they are of little assistance to complex value chains that incorporate many countries. Worse still, there are major differences in rules, standards and procedures in each bilateral FTA. This creates inconsistencies and distortions – famously known as the ‘spaghetti bowl problem’ – that actually raise the friction in global value chains.

As Deborah Elms of the Asian Trade Centre has argued: “Bilateral agreements between two countries are not particularly helpful for value chains that span dozens of places.”

RCEP as a value chain accelerator

Value chains are where RCEP’s real value for the Indo-Pacific lies. Not only is it a large trade agreement, but it also has design features that specifically aim to support global value chains.

First is its comprehensive membership. RCEP is one of very few regional trade agreements that includes almost all economies within its region. With the exception of India, Taiwan and Hong Kong, all major Indo-Pacific governments are members. This is a major advantage over the region’s other large trade agreement – the TPP – which does not include China, Korea, or most ASEAN economies.

Second, RCEP will provide a standard set of trade rules and procedures. In complex value chains, there are differing governmental regulations for each involved country. This imposes significant transaction costs on businesses, which need to manage compliance with many different sets of national trade regimes. By providing a single set of basic rules, RCEP will greatly lower these costs, encouraging the development of deeper value chain.

An illustrative example are “rules-of-origin” (ROO) procedures. ROOs are the rules for deciding where a product comes from – effectively a “made in where?” system – and certificates need to be issued for every single trade shipment. But at present, there are differences in the ROO system for each bilateral FTA, greatly complicating the process of trading within value chains.

RCEP will help sort out this mess. Businesses will be able to apply for a single “Made in RCEP” origin certificate, with standardised rules for how much local content is needed to qualify. This will allow products to move across borders more efficiently and lower compliance costs for business. It will also be a powerful incentive for large corporations to locate as much of their supply chains as possible within the bloc.

Third, RCEP will liberalise many ‘behind the border’ regulations that affect trade. It includes chapters covering fourteen policy areas, all of which advance on existing minimum standards guaranteed by WTO rules. Perhaps the most important are investment rules, where members have agreed to liberalise investment on a ‘negative list’ basis (i.e. all sectors are open unless explicitly specified).

For many RCEP members, this is the first time they have agreed to a negative list approach to investment liberalisation. That this is being done by the entire RCEP bloc will make the region significantly more attractive for investments in cross-border value chains.

These provisions make RCEP one of the most value chain-friendly trade agreements ever signed.

RCEP could not come at a better time for the Indo-Pacific. The region was one of the earliest to be hit by COVID-19, and several developing countries are still struggling to bring the pandemic under a degree of control. Necessary public health measures have badly dented every economy in the region.

According to IMF forecasts, China is the sole country in the region which will post positive growth figures in 2020 – even then, only a paltry one per cent.

Regional value chains have also been hit hard. Many international supply chains have seized up during the crisis, as border controls have added friction for trade. A decline in shipping and aviation has also dramatically reduced the logistics capacity to move good across borders.

Interruptions to value chains have proven especially challenging for the Indo-Pacific. The region is the epicentre of many significant global value chains, including for the electronics, automobile and clothing sectors. As a result, its economies are highly integrated with each other. For example, ASEAN’s trade-to-GDP ratio stood at a massive 114 per cent in 2019.

COVID-related trade interruptions weigh especially heavy on a region whose economic dynamism is based on value chain connections.

RCEP, therefore, is a much-need platform for the Indo-Pacific’s post-COVID recovery. Its value chain enabling provisions are ideally configured to help restart interrupted value chains. And coming at a time when the rest of the world turns towards protectionism, it will make the Indo-Pacific the most attractive location to build value chains in the global economy.

In such difficult times for the Indo-Pacific, RCEP cannot come soon enough. Once negotiations are finalised in November, the task for the region’s governments will be to quickly leverage this forward-looking trade agreement for its value chain opportunities.

Dr Jeffrey Wilson is the Research Director at the Perth USAsia Centre.