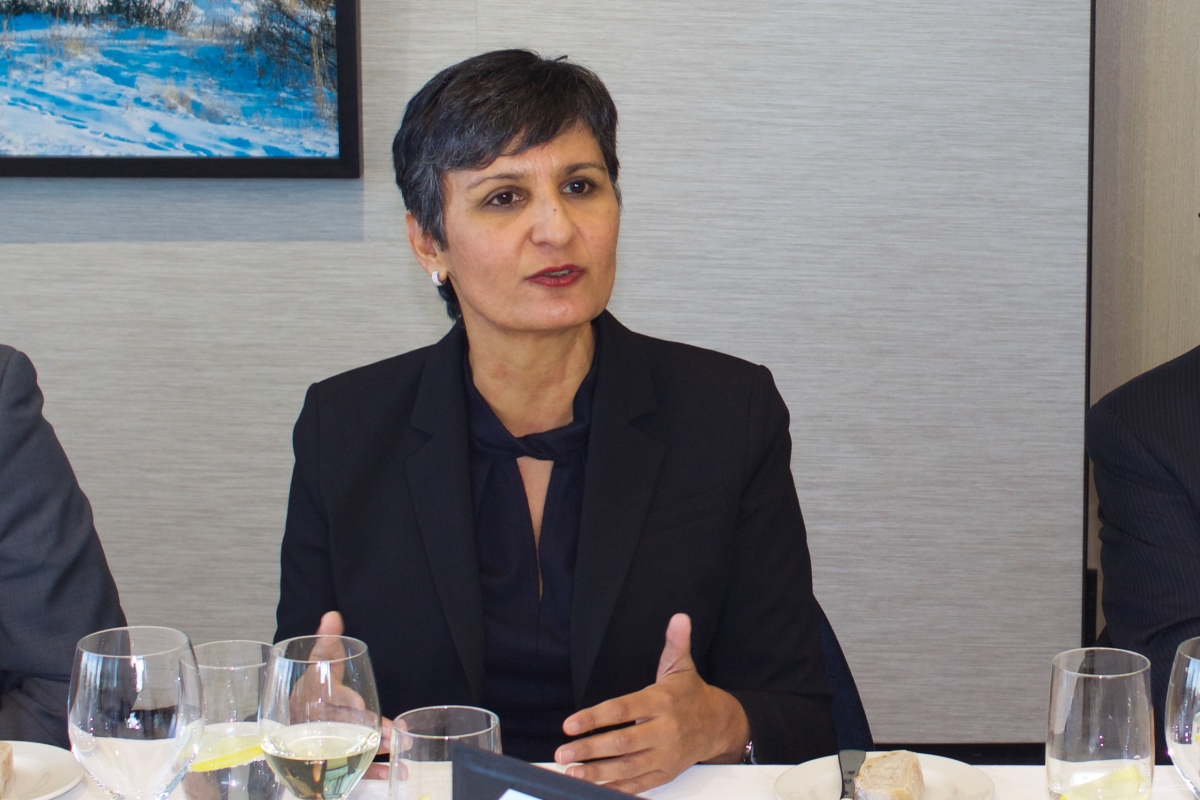 It’s time to take India out of the too hard basket and cement it as a primary economic partner said Australia’s High Commissioner to India, H.E. Harinder Sidhu in conversation with Austrade’s Senior Trade and Investment Commissioner for South Asia, Ms Leonie Muldoon, and driver of An India Economic Strategy to 2035: Navigating from Potential to Delivery, Mr Peter N Varghese AO, at a series of Asia Society Australia and Executive Briefings last week.

The report, launched 2 weeks back, develops a long term bi-partisan strategy for Australia’s economic relationship with India. With no other single economy offering such significant growth opportunities for Australia, the strategy recommends Australia treble its trade with India by 2035.

Benchmarks include bids to lift India into our top three export markets, to make it the third largest destination in Asia for Australian outward investment, to bring it into the inner circle of Australia's strategic partnerships, and overwhelmingly to bolster people-to-people ties between the two nations.

Its purpose is two-fold. It functions as a framework for doing business and a mechanism to raise India’s profile, boost understanding, bolster connectivity, and thereby increase opportunities for business exchange.

As it stands Australia’s current business outlook towards India is 20-years ‘out of date’.

‘It’s a vision of India that is pre-war and needs to be updated,’ said Leonie.

The reality is that the India of today no longer carries the baggage of its post-colonial past. It has shed its former skin and is on the move ‘from copier to innovator’.

The shift from manufacturers to designers is gaining traction in the region. Hungry for ideas, nations like India are importing ideas ‘tariff-free’ to be developed within their own growing market economies. It marks a departure from the U.S. approach that insists on ideas U.S. born and bred – a mantra that is seeing their long time monopoly over innovation begin to wane.

China’s version of this, “Made in China 2025”, seeks to transform it into a global standard setter. Yet where Australian business sees China as for real, the penny hasn’t dropped for India.

China has captivated the business community, yet Peter intends to raise India as an equally desirable economic partner. He explains the merit in balancing partnerships so that not all Australian eggs are in one basket.

‘India can serve as a risk management strategy for Australia,’ he said.

More importantly however, the report seeks to give business the ‘touch and feel beyond the macro story’. To its credit it has been praised by India as a ‘ground-truth report’.

‘The power is in the framing, it makes sense to Indian people as a way to approach their country,’ said Harinder.

Whilst India is fundamentally protectionist in its trade settings, the report intends to bolster these people-to-people relations.

As it stands Australia has little visible engagement with India. Trade and investment lies predominantly underground with two-thirds metallurgical coal.

‘Foreign multinationals are all moving their headquarters to India, this is a real opportunity for Australia to do more in-market and establish a presence in India,’ said Leonie.

Yet in order to move into human-based business exchange Australia needs the full fit-out of cultural skills, beginning with a current bio of its trading partner.

With the diaspora currently at 700,000, and projected to double, Australia has its teachers. The rise of the middle class in India has turned privilege into a common aspiration. 62% want their children to study abroad and 72% go into debt making it happen. The spike in student exchanges – with an increasing proportion staying on in Australia – combined with the growing cohort of skilled workers and migrants are key to helping Australia build strong people-to-people relations and better understand how to do business in India.

‘The balance sheet of opportunities and challenges has now shifted to opportunities,’ said Peter, 'if you look where India has come from in the past 20-years, the next 20-years are promising, we’re at the beginning of a long term trend.' 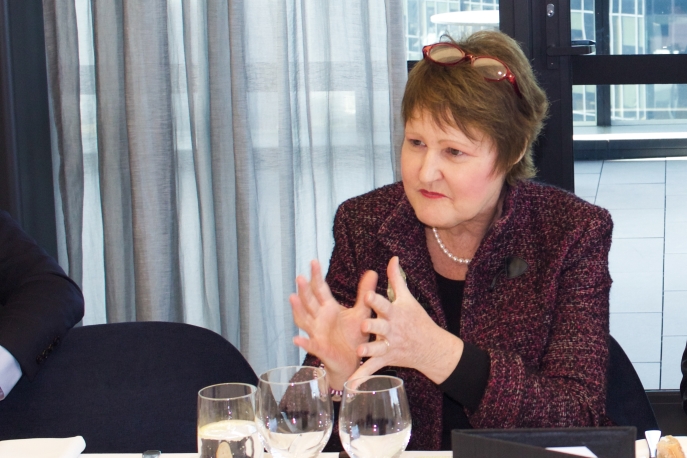 This event was proudly presented in partnership with Austrade, Department of Foreign Affairs and Trade, and Corrs Chambers Westgarth.