Why India's Future Hinges on the Smartphone 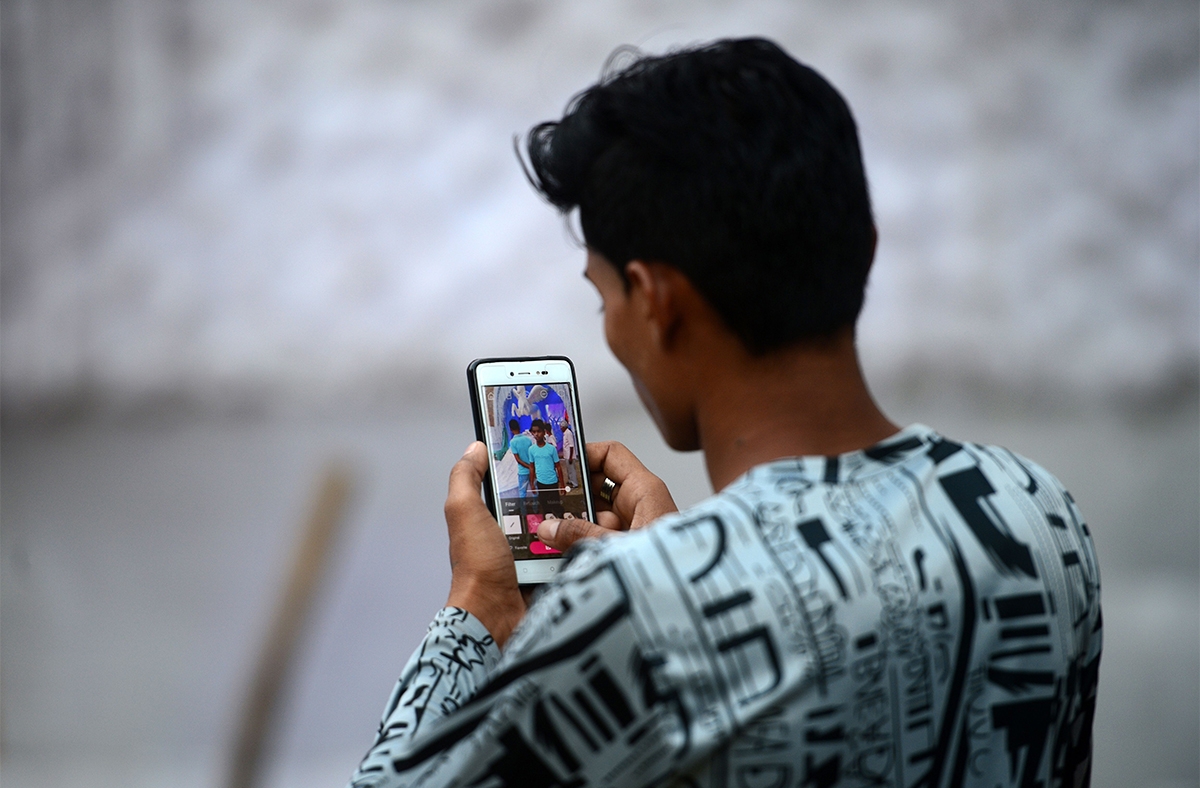 In this photograph taken on October 14, 2018, an Indian man edits a photo on his smartphone in Allahabad. (Sanjay Kanojia/AFP/Getty Images)

In India, the smartphone is more than just a convenient way to check Facebook: It is a tool for evening the playing field and catching up with the rest of the world — a revolutionary idea in the world’s largest democracy.

“For most Indians, the internet is something that they are only discovering right now, and not through personal computers [the way that many in the West did]. Most Indians never have had PCs, and never will have PCs,” Ravi Agrawal, managing editor of Foreign Policy and Asia 21 Young Leader and author of India Connected: How the Smartphone is Transforming the World’s Largest Democracy, said last year.

On Tuesday, December 4 Ravi Agrawal, James Crabtree, and Arundhati Katju, and Somini Sengupta will be at Asia Society New York discussing the power of India's population of young people for the event The Future of India: Perspectives From a Younger Generation. The conversation is part of the Season of India. Learn more

“They're discovering [the web] because of cheap smartphones and cheap mobile data.”

For many Indians, the phone is their first mobile device — and Agrawal stresses that it is much more than just a phone.

The numbers are hard to ignore. According to Agrawal, there are about 400 million Indians on the internet today. That number is expected to reach one billion as soon as 2025.

The existence of so many Indians online will have a ripple effect into various industries, potentially transforming the country’s interpersonal relationships, education system, economics, and politics.

For example, smartphones have given rise to India’s booming dating app industry. While the American apps Tinder (and soon Bumble) operate in the country, homegrown services like TrulyMadly and Woo have dominated market share.

“One of my friends says that you know the first kiss that most young Indians are now going to have is [thanks to] Tinder. It's a little bit of an exaggeration, but you can actually imagine that happening,” Agrawal said.

But the uses of a smartphone can be even more profound. According to the country’s last census, India had about 270 million people classified as illiterate. The capabilities of the smartphone, with touchpads and voice recognition, suddenly provided access to a world that was once out of reach.

“I’ve been to villages in India where women who are illiterate can take a phone, press Google Talk, and just say, ‘show the Taj Mahal,’ and a video pops up and they can press play and see moving images of the Taj Mahal in a way that really wasn’t possible before. They can look at videos of how to cook different types of dishes and how to make new shalwar kameez’s to boost their stitching businesses. These are things that were just not imaginable even five or 10 years ago for vast parts of Indian society.”

As India prepares for general elections next spring, political parties are also taking notice of the power of a young, voting, digitally savvy generation. In fact, smartphones, social media platforms, and digital connectivity are already playing a significant role in the region’s politics. Agrawal mentions ongoing tensions in the state of Kashmir between India and Pakistan, where there have been intermittent internet outages initiated by the government and police fearful of the medium’s power to mobilize people for protests and disseminate information —  or, in some cases, misinformation. Shutdowns in India were more frequent in 2016 than they were in war-prone Syria and Iraq.

For Agrawal, this comes as no surprise.

“That is exactly what the smartphone is for an entire generation of young Indians,” he said. “It is their literal and figurative mobility.”

Watch his remarks in full in the video below: