In the Middle: Southeast Asia and Great Power Competition 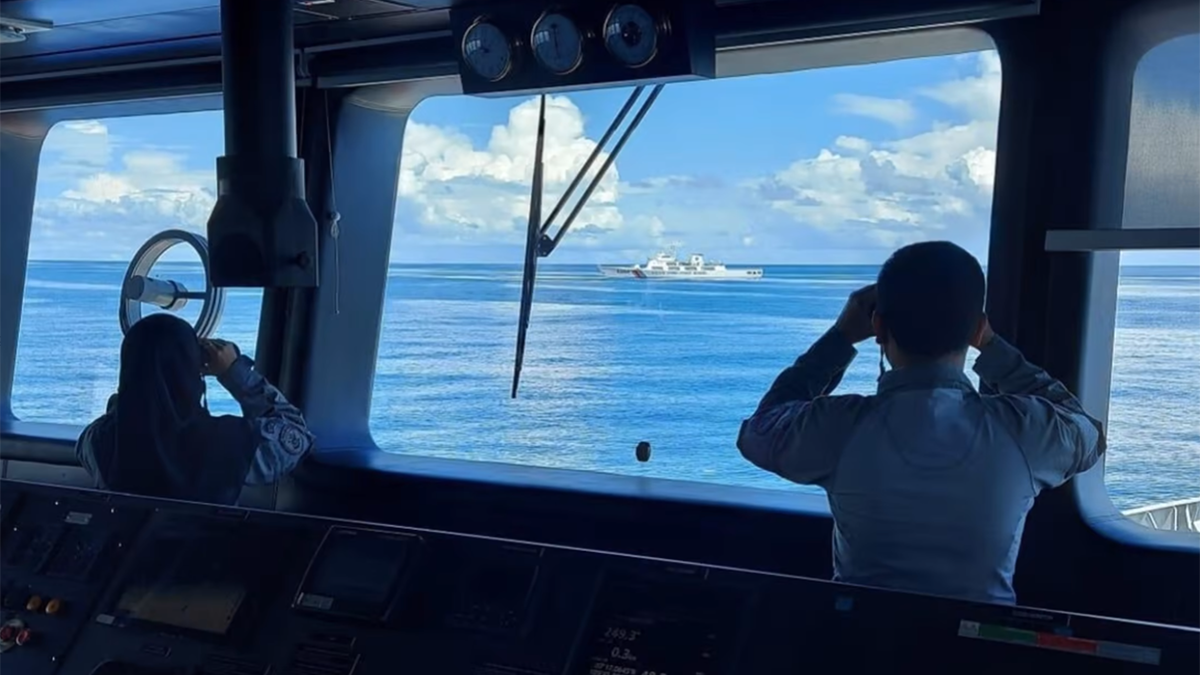 Great power competition is intensifying across the Indo-Pacific and the nations of Southeast Asia find themselves at the centre of attention. The United States and China are battling for power and influence – each wants Southeast Asia to align with their vision of regional order. With the space for autonomy and non-alignment appearing to narrow, can the countries of Southeast Asia continue to stay in the middle without being made to choose? Is ASEAN cohesion and national sovereignty threatened? How viable is non-alignment as a strategy in the current era?

Please note this event is open to the public and will run as webcast only. Registration is essential. For any enquiries, please contact programaustralia@asiasociety.org

Richard Maude is Executive Director of Policy at Asia Society Australia and a Senior Fellow at the Asia Society Policy Institute. He is a former senior Australian government official with 30 years’ experience in foreign policy and national security. From 2018 to 2019, Mr Maude was Deputy Secretary, Indo-Pacific Group, in the Australian Department of Foreign Affairs and Trade and Australia’s senior official to the East Asia Summit. In 2017, Mr Maude was head of the whole-of-government taskforce which supported the preparation of the Australian Government’s 2017 Foreign Policy White Paper.

Mr Maude was Director-General of the Office of National Assessments from May 2013 until November 2016.  Before taking up this position, Mr Maude was the senior adviser on foreign policy and national security issues to Prime Minister Julia Gillard. He has served overseas in Malaysia, where he was Deputy High Commissioner, Singapore and as the Liaison Officer for the Office of National Assessments in the Australian Embassy in Washington DC. Mr Maude is a member of the Futures Council of the National Security College at the Australian National University.

Dr. Charmaine Misalucha-Willoughby is Associate Professor in the Department of International Studies of De La Salle University. Her areas of specialization are ASEAN’s external relations, security cooperation, and critical international relations theory. She is a frequent resource speaker in various Track II fora and roundtables by national government agencies. She was a Joint Fellow in the Institute of East Asian Studies and the Käte Hamburger Kolleg Centre for Global Cooperation Research at the University of Duisburg-Essen in Germany, an Advanced Security Cooperation Fellow (ASC15-2) at the Daniel K. Inouye Asia-Pacific Center for Security Studies in Honolulu, a Visiting Research Fellow under a Japan Foundation grant in the Osaka School of International Public Policy at Osaka University in Japan, and a recipient of the inaugural US-ASEAN Fulbright Program in the School of International Service at American University in Washington, DC. She received her PhD from the S. Rajaratnam School of International Studies at the Nanyang Technological University in Singapore.

Previously, Elina was Associate Professor at the Daniel K. Inouye Asia-Pacific Center for Security Studies. Prior to that, she was Director, Foreign Policy and Security Studies at the Institute of Strategic and International Studies Malaysia. She was also formerly with the Brookings Institution’s Project on U.S. Relations with the Islamic World. Between 2017 and 2019, Elina was a member of the Global Commission on the Stability of Cyberspace. She currently serves on the ICRC’s Global Advisory Board on digital threats during conflict.

Elina read law at Oxford University. She obtained an LL.M (Public International Law) from The London School of Economics and Political Science, University of London, graduating with distinction at the top of her class. A recipient of the Perdana (Malaysian Prime Minister’s) Fellowship, she also holds an MA in Security Studies from Georgetown University where she was a Women in International Security Scholar.

He earned his MA and Ph.D. in Political Science from Syracuse University's Maxwell School of Citizenship and Public Affairs, where he was a Fulbright Presidential Scholar. He also holds an MS in Strategic Studies from Nanyang Technological University and a BA in Political Science (Cum Laude) from Parahyangan Catholic University. He received additional training in social science methodology, strategic analysis, and security cooperation from Syracuse University's Institute for Qualitative and Multi-method Research (IQMR), University of Michigan's ICPSR Summer Program in Quantitative Method of Social Research, Columbia University's Summer Workshop on the Analysis of Military Operations and Strategy (SWAMOS), and U.S. Department of Defense's Asia-Pacific Center for Security Studies (APCSS).

His research focuses on military change, civil-military relations, and international security. Within political science, his interests sit at the intersection of International Relations and Comparative Politics. But he has benefited from engaging with various research programs in the social sciences and the humanities, including military history, organizational sociology, and institutional theories. His country expertise is Indonesia and his regional area of specialization is Southeast Asia. He is also interested in comparative historical analysis, mixed-method research, and advanced qualitative techniques.

Dominique Fraser joined the Asia Society Policy Institute in October 2021. She supports the work of the institute in Australia.

Prior to this, Dominique worked in the field of atrocity prevention in Geneva. She established the Geneva office of the New York-based Global Centre for the Responsibility to Protect, where she led the advocacy efforts to incorporate an atrocity prevention lens at the UN Human Rights Council. Later, she joined the Secretariat of GAAMAC (Global Action Against Mass Atrocity Crimes), where she co-organised the global meeting GAAMAC III in Uganda, bringing together atrocity prevention actors from government, academia, think-tanks, and regional and international organisations. Dominique holds a Master in International Affairs at the Graduate Institute of International and Development Studies and Bachelor of Arts in International Relations from the University of Queensland, from which she graduated as Valedictorian of the Faculty of Humanities and Social Sciences.