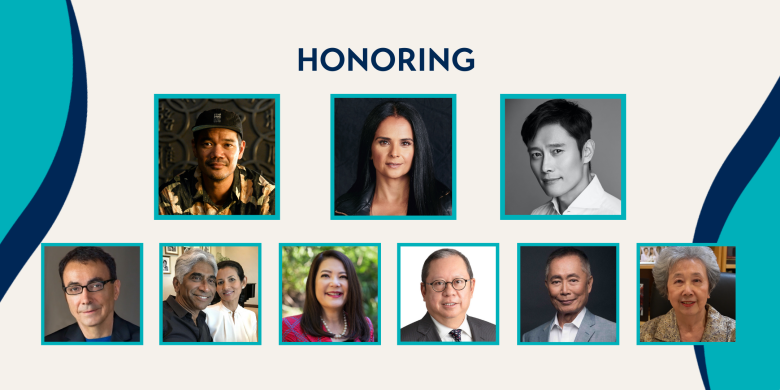 Hayden Szeto first captured the attention of audiences and critics alike with his breakout performance in Kelly Fremon Craig’s The Edge of Seventeen. In this 2016 STX film, Szeto starred opposite Hailee Steinfeld as Erwin, her awkward yet charming love interest. Reviewers lauded his “winning" and “scene-stealing performance,” and People magazine named him “The New Romantic Lead” in their annual 'Ones to Watch' issue.

Szeto then went on to star opposite Lucy Hale in Jeff Wadlow’s Blumhouse feature Truth or Dare as Brad, an outspoken, sensible character in a group of college friends whose protective cop father makes it difficult for him to participate in an escalating game fraught with supernaturally fatal consequences. The thriller has grossed nearly $100M worldwide to date.

Hayden also stars in two Samuel Goldwyn films. In Come As You Are, Szeto portrays Matt, a charming, good-looking kid with a sturdy build, but confined to a wheelchair. After learning that his girlfriend has left him, he agrees to go on an unconventional road trip with a rambunctious group of friends. In the coming-of-age dramedy Summer Night, Szeto joins a talented and appealing young cast including Analeigh Tipton, Justin Chatwin, Ellar Coltrane, and Lana Condor.

In television, Hayden recurred on Season 1 of the AMC series Lodge 49 opposite Wyatt Russell as well as in Jermaine Clement and Taika Waititi’s hit comedy series What We Do in the Shadows on FX. Other TV credits include The Good Place, Arrested Development, The Good Doctor, and Dead to Me.

Kara Wang is thrilled to be invited back as your MC for the Asia Society US Asia Entertainment Summit. An LA native, Kara is a bilingual and bicultural actress who has returned back to Los Angeles after 5 years of working in Asia. During that time, she acted in over 20 Chinese film and television productions, including Caught in the Web by the renowned Chinese director Chen Kaige.

In 2015, Kara relocated back to Los Angeles. She can currently be seen recurring on Freeform's Good Trouble and Amazon's Goliath. She will next be seen on the big screen in the highly anticipated sequel Top Gun: Maverick and as the lead of the Sony-acquired independent feature The Calm Beyond.

As always, Kara is thrilled to be included in the Asia Society family, and is looking forward to joining the conversation of deeper collaboration and engagement between the US and Asia.

Currently based in Los Angeles, Cheryl K is a public figure, singer-songwriter, and actress from Malaysia and Singapore. Cheryl is most known for her work in Crazy Rich Asians for singing the song, "Money (That’s What I Want)” which is both the Opening Title Screen & Ending Credits Song (remixed with Awkwafina) of the Warner Bros. Pictures blockbuster movie. You might also recognize Cheryl as one of the contestants from this season’s American Idol, duetting with celebrity judge Lionel Richie. She has now released three original singles, “Here to Stay”, “who are you”, and “Better.” In 2021, she also released a duet single with Guy Tang (Netflix's Bling Empire) called “Ready2Love.” Her songs are all currently available on all major music platforms such as Spotify and iTunes.

Malea Emma Tjandrawidjaja is a 10 year old Chinese Indonesian American singer and actor. She went viral after singing the American national anthem at an LA Galaxy soccer match in 2018 and since then she has been invited to sing the national anthem all over the country at more than 40 events and major sport leagues. She was invited to perform on American Idol in front of the celebrity judges (Katy Perry, Lionel Richie and Luke Bryan) and was awarded with the Golden Ticket that made her the youngest Golden Ticket holder in American Idol history. She was also invited to sing a duet with Tony and Grammy award winner Jennifer Holliday on Good Morning America.

As an actor, she was cast as Molly in the musical Annie at the Hollywood Bowl and her performance gained rave reviews from outlets such as Los Angeles Times and Broadway World. She has starred in Disney Channel’s Raven’s Home and Coop and Cami Ask the World. She also has a recurring role in the iCarly revival currently airing on Paramount+. She will also appear in an A24 feature film, After Yang, in which she acts opposite Colin Farrell, Jodie Turner Smith, Haley Lu Richardson and Justin H. Min. After Yang will be released in 2022.

Remarks and Award Presentations from:

Bill Kramer is currently the Director and President of the new Academy Museum of Motion Pictures—the world’s premier institution devoted to the celebration and exploration of the past, present, and future of the motion pictures. In this role, Kramer oversees all aspects of the project’s management, staffing, design, curation, fundraising, and creative direction. This position is a return to the Museum for Kramer, as he previously served as the project’s Managing Director of Development and External Affairs for five years, successfully raising $250M to move the project into construction and managing the project’s public approvals and planning process. Kramer also has served as the Vice President for Development and Strategic Planning for the Brooklyn Academy of Music (BAM), has lead capital and comprehensive campaigns for the Southern California Institute of Architecture (SCI-Arc) and the California Institute of the Arts (CalArts), and has served in senior fundraising and external relations positions at the Sundance Institute, Columbia University School of the Arts, and the Rhode Island School of Design (RISD). Bill holds a Master of Urban Planning and Public Administration degree from New York University and a Bachelor of Business Administration degree from the University of Texas at Austin.

Janet Yang is a Golden Globe and Emmy Award-winning Hollywood producer with deep roots in China. Yang is a member of the Board of Governors of the Motion Picture Academy, as well as an officer chairing the Membership and Governance Committee.

Yang has worked with some of the most formidable directors and actors in the world. She came to prominence through her collaboration with Steven Spielberg on Empire of the Sun (Warner Bros). That was followed by a long partnership with multiple Academy Award-winner Oliver Stone—where she served as Executive Producer on the iconic The Joy Luck Club (Disney), and as a Producer on the Golden Globe-winning The People vs. Larry Flynt (Columbia Pictures). Her latest film is Over the Moon, an animated feature based on her original story inspired by the Chinese moon goddess. Legendary animator Glen Keane directs the movie for Netflix and Pearl Studios.

Committed to fostering global understanding, Yang has been a long-standing member of the Committee of 100, an organization of the most prominent Chinese-Americans; an advisory board member of Asia Society Southern California where she also chairs its highly regarded U.S.-Asia Entertainment Summit; and co-founder of Gold House, the non-profit collective of influential Asian cultural leaders.