North Korea: What Has Changed, And Where Do We Go From Here? | Asia Society Skip to main content

North Korea: What Has Changed, And Where Do We Go From Here?

A Summary of a Week of Conversations 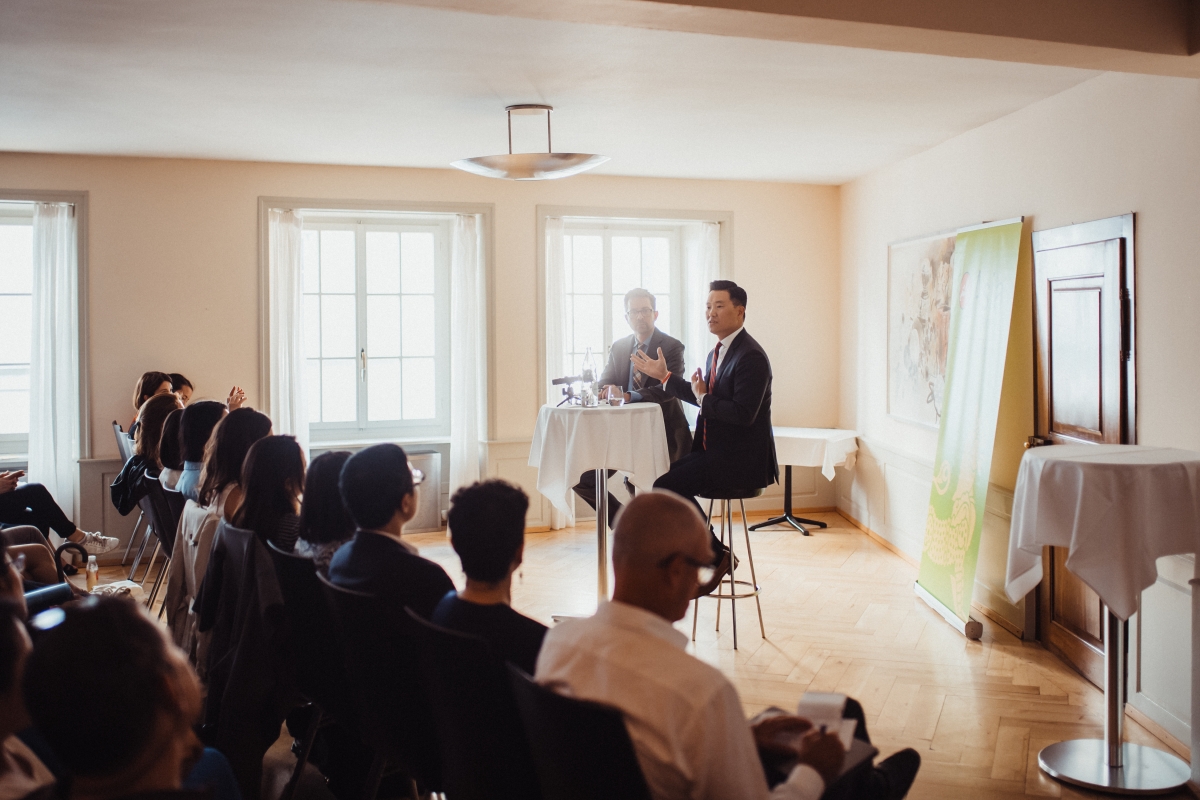 John Park speaking at Asia Society Switzerland in Zurich, May 29, 2018.

Three cities, two public events, one government roundtable and three media interviews: Harvard's North Korea expert Dr. John Park had an intense visit to Asia Society Switzerland this week. Here's our attempt to summarize the conversations with him on the current geopolitical situation with North Korea:

What has changed in recent time?

MORE NUKES: Last year, North Korea tested two nuclear missiles that could theoretically reach the territorial US. That changed the nature of the US-South Korea alliance: The US now might have to react directly to a threat, putting the South at considerable risk. This led Sout Korean President Moon to engage in diplomacy, starting with inviting the North to the Olympic Games in Pyeongchang. In a way, the US strategy of "maximum pressure" worked - just on the "wrong" Korea.

NO (RE-)UNIFICATION: Under previous governments, especially conservative ones, the South Korean approach to the subject of North Korea has been dealt under the premise of unification of North and South. This seems off the table – for now – under the Moon administration. On the contrary, his strategy seems to work towards an independent and strengthened North Korea.

What does each country want to achieve now?

For the USA, the immediate priority is removing the threat to the homeland. Scaling back the North Korean nuclear capabilities to the level before July 2017 could already be seen as a win for President Trump (and that's probably a big incentive for him).

For North Korea, the strategy remains the same then it has been for a while: It's called "Byungjin", the simultaneous buildup of nuclear capacity and economic prosperity. Now that it has achieved the first part, it might be open to trade partial denuclearization for increased economic prosperity through eased or lifted sanctions and economic assistance. However: Kim Jong-Un also wants to ensure the regime's survival - and for that, he needs some kind of insurance.

For South Korea, partial denuclearization would remove the threat of unilateral American military action, and with that war and destruction. Opening up the North's economy might also bolster growth in the South (which is what President Moon campaigned on) through increased trade, and maybe remove some of the "Korean discount" applied to the valuation of South Korean companies.

Will it all work?

We don't know yet. Thanks largely to President Moon's diplomacy, there is a possibility to move towards deescalation, but plenty of risks remain. The June 12 summit - if it happens - will at best start a long, complicated and fraught process. There will be no quick and final deal.

Where can I learn more?