Is China turning into a tinderbox? | Asia Society Skip to main content

Is China turning into a tinderbox?

The Return of the Hegemon - Lecture by Urs Schoettli 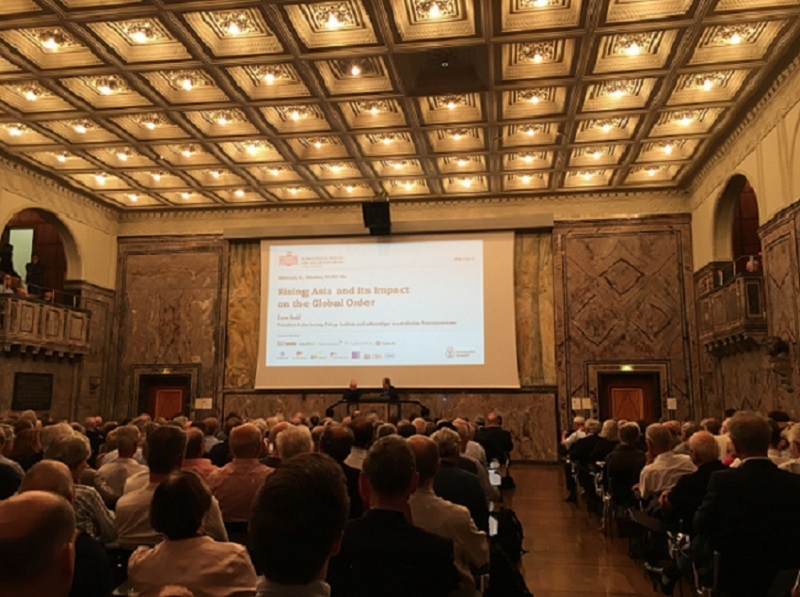 China’s rise to world dominance is different from any other country’s rise to power in the last 300 years. It is not a state coming to power for the first time, but the return of a once mighty high culture looking to regain its faded glory.

Swiss journalist and publicist Urs Schoettli, who has reported on Asia for decades, gave us his take on China’s return to hegemony on September 27 in the auditorium of the University of Zurich. In a telling lecture filled with personal anecdotes, quotes from prominent Chinese figures throughout history and facts supporting his claim, Urs Schoettli made his case for China. The event was organised by Asia Society Switzerland in cooperation with the Swiss Institute of International Studies.

With China generating a fifth of the world’s GDP, it is hard to deny that, from an economic perspective, China has reached the top of the world. And with the establishment of institutions such as the Asian Infrastructure Investment Bank, the West’s institutional power is slowly crumbling too.

The difficulty of this situation is to recognize this new old world power and to avoid spiralling into prior east-west conflicts. The economic and political race between the USA and China does not have to turn into a renewed Cold War. Moreover, Mr. Schoettli advised us not to see China as a danger, but as an important partner in bettering the lives of all people.

If you did not have the chance to come to the lecture or would like to listen to it again, the audio is available on the webpage of the Swiss Institute for International Studies.