The 'Fragility' composer talks polyrhythms, performing, and the interconnectedness of it all. 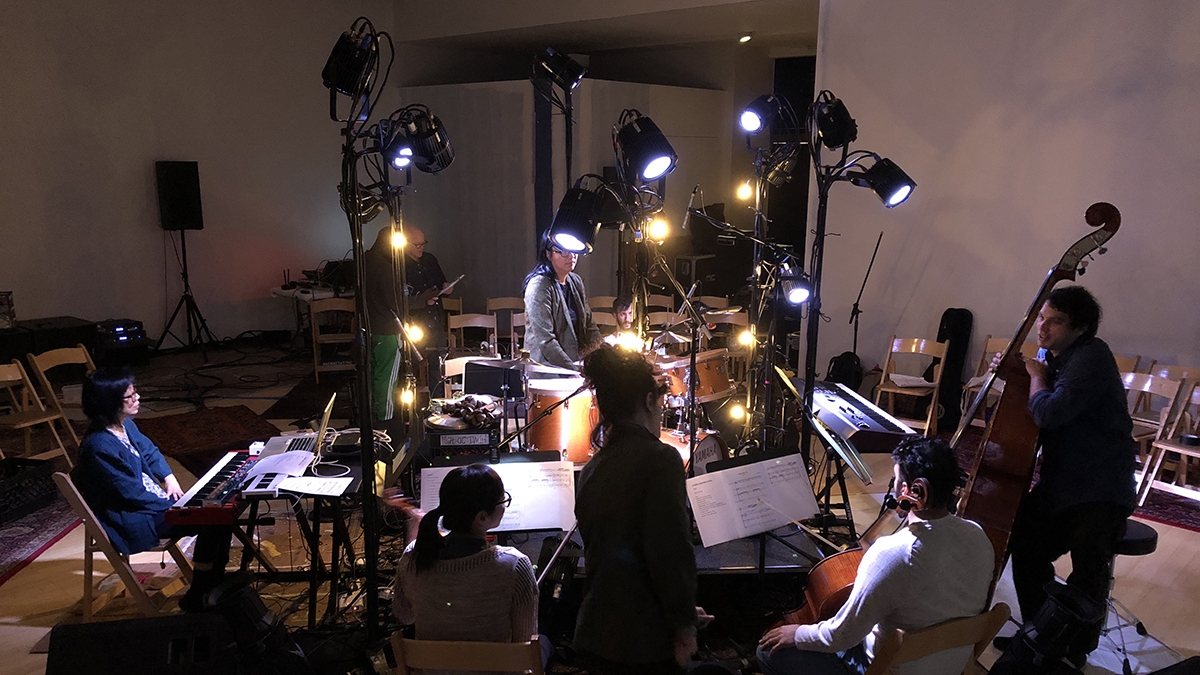 Asia Society is delighted to welcome back drummer and composer Susie Ibarra for the world premiere of her new piece, Fragility: An Exploration of Polyrhythms. An immersive, multimedia work featuring dancer Souleymane Badolo and musicians of the DreamTime Ensemble, Fragility was commissioned as part of Creative Common Ground, an initiative that expands the definition of contemporary performance by identifying and working with artists who explore outside of traditional disciplinary boundaries.

We caught up with Ibarra prior to her performances to shed some light on the evolution of her creative process, how fragility can be a sign of strength, and what exactly is a polyrhythm.

How is Fragility different from your previous compositions?

I told a friend this morning, this is a really hard and amazing piece, and I've never done anything like it before. It's really made me grow and I don't even know if I can answer the question at this very moment — maybe I will have a better idea after the premiere! But the wonderful thing about collaborating [with musicians, dancers, choreographers, designers] is that it's so much larger than your [personal] vision. [It’s about] allowing things to pop up and "OK, I'll bring that in" and "this is important, so-and-so says this" — I really try to listen to it all and see what’s the value of these ideas and where do we place them and how do you create something beautiful with it?  [This piece] is definitely changing me and I've never done anything like it before.

To you, what are polyrhythms?

Polyrhythms are when one or more contradicting rhythms are playing at the same time. When polyrhythms occur naturally together, we often hear them together as one rhythm. Like a child growing up in a bilingual household, speaking multiple languages, it's not something that they realize consciously at first — they are speaking multiple languages more naturally as one language — polyrhythms are like that. When you pull them out is when you realize this is on top of that and that [the complexity becomes more apparent]. Once it starts to define itself in its own entity it becomes as nuanced as possible. [They have] personalities. As a drummer, if I’m playing several parts, it might be I'm playing four personalities. One can be driving the room, another is lazy, laying back — each has the feel of the characters coming together simultaneously.

It's really timely, this word that's being used a lot to describe what's going on in certain communities around the world right now. I started to look at the equation for fragility — [scientifically, it's known as] the equation of viscosity, which is when glass moves from liquid to solid state or vice versa. I felt like this rate was polyrhythms. It's measuring tempo. Scientifically it was interesting to me, and metaphorically I find the word very powerful. I think there is something very powerful in acknowledging your fragility and allowing yourself to be in that space. I've personally found myself in that space a lot recently. It's a really powerful place of opening up to a larger awareness [and a strength within fragility].