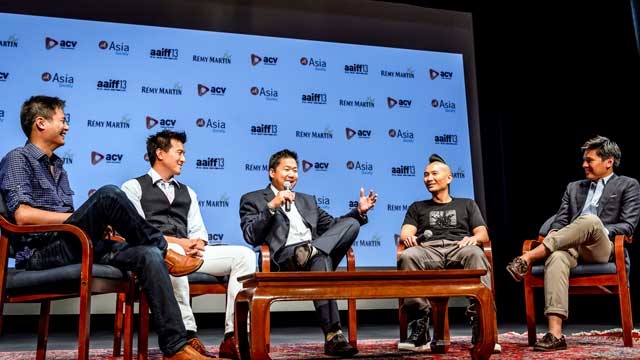 Speaking to a full-house audience, the production team revealed how they earned the trust of Lin and his family in order to gain exclusive access to the player. Unlike the media and the sports industry, the film team saw potential in Lin and followed him with a camera way before he became a sensation. This allowed them to ride the tide with Lin and also experience some of his painful career downturns. As Lu pointed out, "I really appreciate the trust that Evan [the director] built to allow us to turn on the camera at key moments, like the night he got picked up by the Knicks. But there were many times when it was very difficult. It was difficult for him and we sampled a little bit of the pain during the process."

A fighter who has overcome all odds to prove his abilities, Lin has inspired millions around the world. But despite the brilliant turn in 2012, Lin is once again cast as an underdog after joining the Houston Rockets. The production team continues to see Lin a champion, whether he stays in the NBA, engages in non-profit work with children, or anything else. "[Lin] has got a great head on his shoulders. He has remained humble. And throughout this process, we got to know him a little and just knowing who he is and what he's made of, no matter where he's going to apply his energies toward, I think, it doesn't matter. As a human being, he's going to be fine," said Yang.

Linsanity opens in the U.S. nationwide in Fall 2013. Check the film's website for more information.