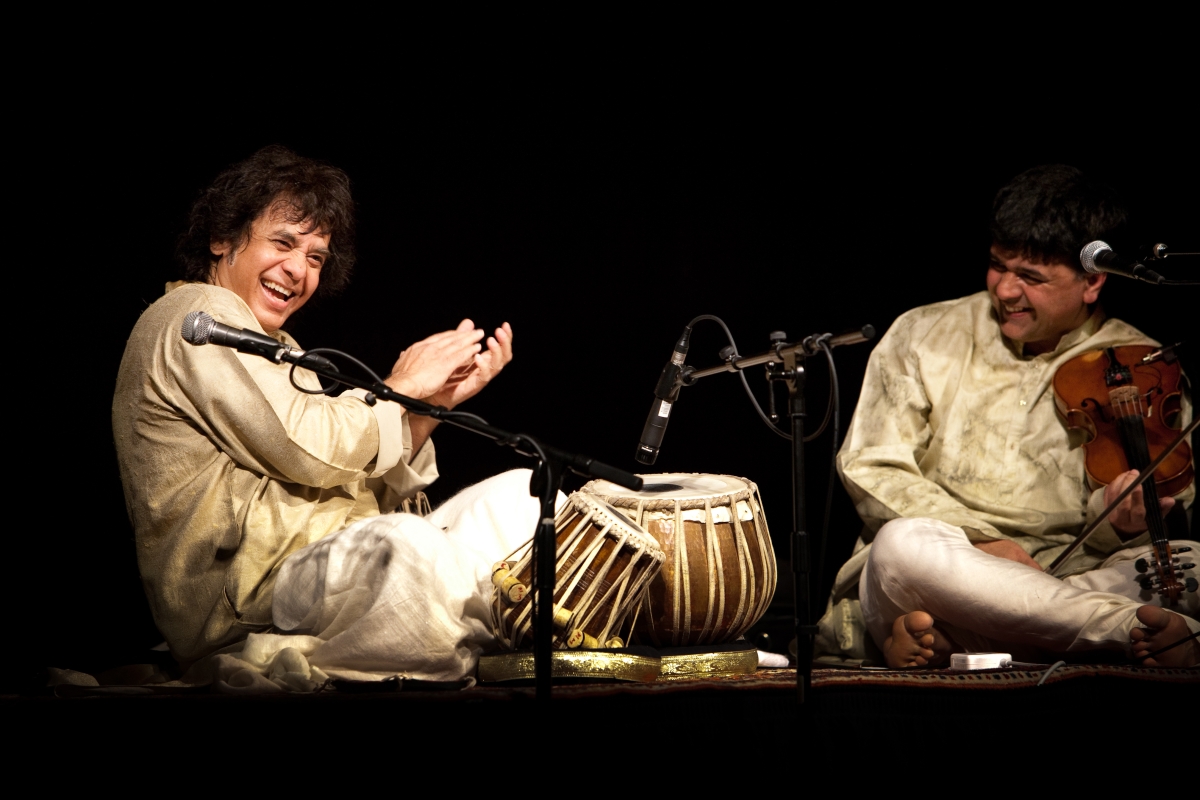 Tune in Saturday, June 5 at 7 p.m. New York time for a live stream concert. (Registration includes the option of 72 hours of on-demand viewing starting on June 6). All registrants will receive an email with the link and password for live stream access on the day of the show, June 5. Furthermore, a recording of the concert will be available as of June 6 at 7 p.m. New York time for $10 for 72 hours of on-demand viewing. Live captioning and closed captioning provided.

Asia Society and World Music Institute are proud to present Indian tabla legend and longtime WMI Honorary Board Member, Zakir Hussain, as he delivers an exclusive online concert streaming live from Asia Society in New York City. Zakir is joined by virtuoso violinist Ganesh Rajagopalan for a special program of ragas from north and south India. Zakir will represent the north Indian classical Hindustani music system and Ganesh will represent the south Indian classical Carnatic music system. This meeting of two giants of Indian classical music and the magical musical chemistry between them and their instruments is not to be missed.

World Music Institute  Founded in 1985 as a not-for-profit, World Music Institute (WMI) has served as one of the leading presenters of world music and dance within the United States. WMI is committed to presenting the best in traditional and contemporary music and dance from around the world to enrich lives through the arts, promote awareness and appreciation of the world’s rich cultural traditions, and encourage cross-cultural dialog and exchange. WMI presents virtually and at venues throughout the city of New York and depends on public and private funding to accomplish its mission.

This concert is dedicated to the victims of the COVID-9 tragedy in India.