What To Expect From the Philippine Election 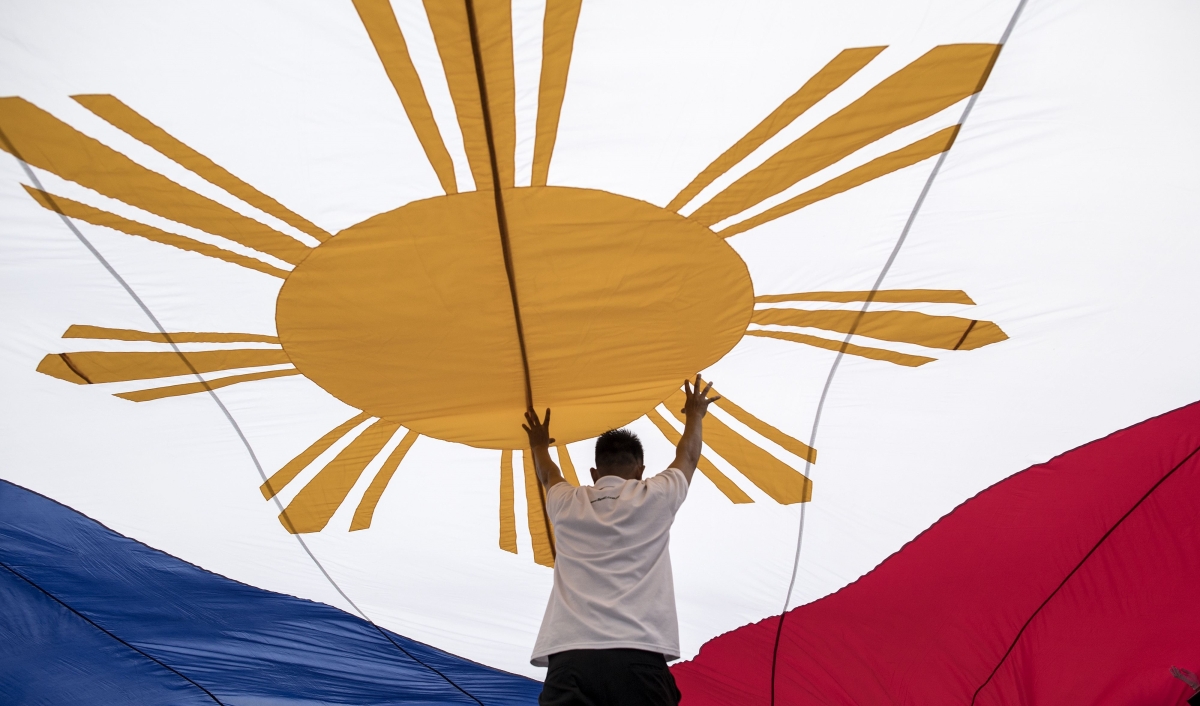 Workers of the National Historical Commission of the Philippines assist in fixing the national flag in Manila.

Tune in May 12, at 9 a.m. New York time for a free live video webcast. #AsiaSocietyLIVE

Philippine voters have cast their ballots to elect a new president from a crowded field of candidates, including the two presumptive frontrunners — Ferdinand "Bongbong" Marcos Jr., son of the former Philippine president, and the outgoing vice president Leni Robredo. In the one-round presidential election and “winner-takes-all” electoral setup, the former is a clear favorite to emerge victorious, based on the polls. What are the issues and scenarios the country will have to anticipate and address after the elections? What is going to be the most consequential change in the Philippines’ growing ties with Beijing and the U.S., as well the future of the country’s foreign policy under the new leadership?

Karen S. Gomez-Dumpit is a former member of the Commission on Human Rights of the Philippines (2015-2022). She has served in the Philippine Government for the past 32 years, with more than 28 years as an officer of the Commission on Human Rights of the Philippines (CHRP) -- 9 years as the first director  of CHRP's Child Rights Center before moving on to the post of Director for Government Linkages in 2002, where she served for 13 years before her appointment as Commissioner. She has worked towards the passage of laws which include the Juvenile Justice Welfare Act, Law Prohibiting the imposition of the Death Penalty, International Humanitarian Law Bill, Anti-Torture Act and Recognition & Reparation of Martial Law Victims, Safe Spaces Act among others human rights measures. She has staunchly advocated for the rights of Persons Deprived of Liberty which earned her a Gawad Paglilingkod (Service Award) from the Catholic Bishops Conference of the Philippine’s Episcopal Commission for Prison Pastoral Care. She is also a member of the Philippine Working Group for an ASEAN Human Rights Mechanism.

Richard Javad Heydarian is a resident analyst at GMA network, a columnist for the Philippine Daily Inquirer, and author of The Rise of Duterte: A Populist Revolt against Elite Democracy, which was among The Financial Times’ “Best of weekend long reads,” and described as “a superb monograph on the Duterte Phenomenon, grounded in political theory and Philippine history.” He is also the author of forthcoming The IndoPacific Age: Trump, China, and the New Global Struggle for Mastery, and Duterte’s Foreign Policy. He has taught political science at De La Salle University and Ateneo De Manila University, and is an incoming research fellow at National Chengchi University in Taiwan. He was awarded as the 2018 Ten Outstanding Young Persons in the World by JCI international for his contributions in social sciences.

Victor Andres “Dindo” C. Manhit is the Founder and Managing Director of the Stratbase Group and President of its policy think-tank, Albert del Rosario Institute for Strategic and International Studies (ADRi). Concurrently, he is Philippine Country Head of BowerGroupAsia, a leading strategic advisory firm specializing in the Asia-Pacific. He was former Chair and retired Associate Professor of the Political Science Department of De La Salle University. He held a number of positions in government including Undersecretary for External Affairs and Special Concerns of the Department of Education, Culture and Sports, and Deputy Secretary for Administration and Financial Services of the Philippine Senate. He served as the Chief of Staff of the late Former Senate President Edgardo Angara and as senior policy research adviser in key senate committees, such as Education, Agriculture, Economic Affairs, Social Justice and Electoral Reforms, and Constitutional Amendments and Revision of Laws. He is on the Board of Advisors for Asia Society Philippines, and was appointed as one of the ASEAN Regional Forum Experts and Eminent Persons by the Philippines Department of Foreign Affairs.

Elina Noor (Moderator) is Director, Political-Security Affairs and Deputy Director, Washington, D.C. Office at the Asia Society Policy Institute. A native of Malaysia, Elina’s work focuses on security developments in Southeast Asia as well as global governance and technology. Previously, Elina was Associate Professor at the Daniel K. Inouye Asia-Pacific Center for Security Studies. Prior to that, she was Director, Foreign Policy and Security Studies at the Institute of Strategic and International Studies Malaysia. Elina served on the Global Commission on the Stability of Cyberspace, and is a member of the Christchurch Call Advisory Network. Elina was educated at Oxford University, The London School of Economics and Political Science, and Georgetown University.

***Additional speakers to be added***