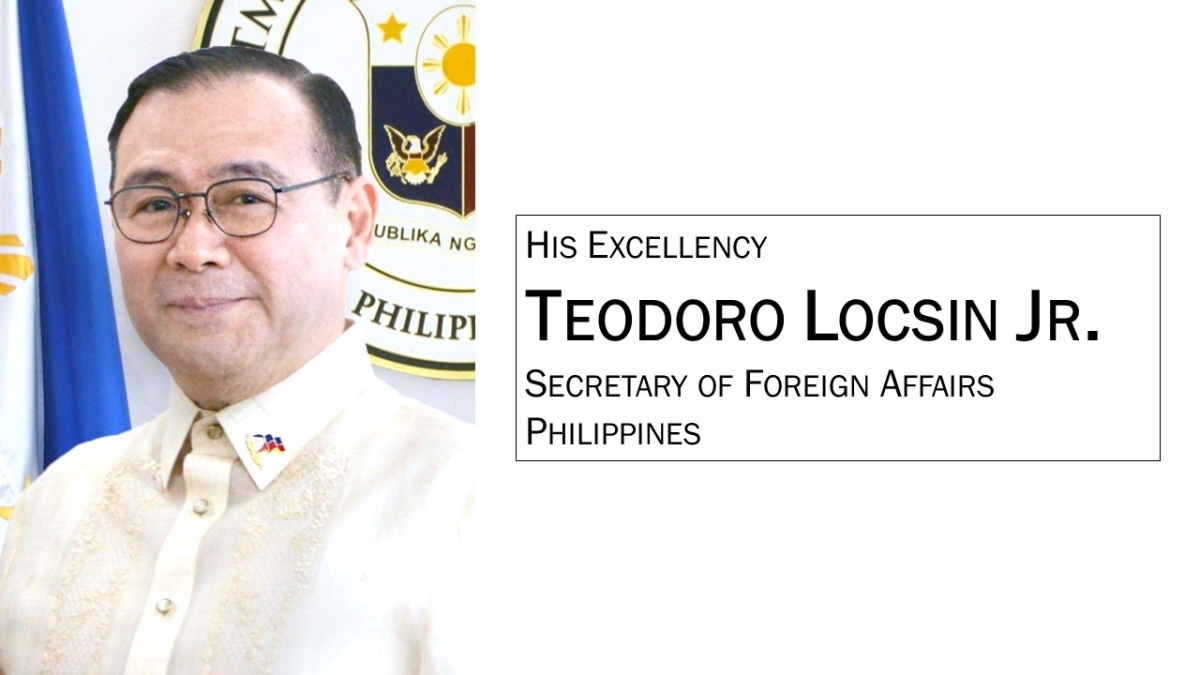 Asia Society and the Asia Society Policy Institute are delighted to host His Excellency Teodoro Locsin Jr., Secretary of Foreign Affairs of the Philippines, for an address and discussion with Asia Society Executive Vice President Tom Nagorski.

H.E. Teodoro Locsin Jr. is the Secretary of Foreign Affairs of the Philippines. Prior to assuming this position, he served as Permanent Representative of the Philippines to the United Nations. A lawyer by profession and a journalist by trade, he holds a Master of Laws from Harvard Law School, and was publisher, editorial writer, and co- anchor and host of a number of national broadsheets and radio and TV news shows. In government, he served as legal counsel and speechwriter to President Corazon Aquino, and speechwriter to Presidents Joseph Estrada and Gloria Macapagal-Arroyo. He was also elected to the Philippine House of Representatives, representing the First District of Makati City from 2001 to 2010.

Tom Nagorski is Executive Vice President of the Asia Society. He joined following a three-decade career in journalism — having served most recently as Managing Editor for International Coverage at ABC News. Before that, he was Foreign Editor for ABC’s World News Tonight, and a reporter and producer based in Russia, Germany, and Thailand. He was the recipient of eight Emmy awards and the Dupont Award for excellence in international coverage, as well as a fellowship from the Henry Luce Foundation. He has written for several publications and is the author of Miracles on the Water: The Heroic Survivors of a World War II U-Boat Attack. He serves on Princeton University’s Advisory Council for the Department of East Asian Studies, the Advisory Board of the Committee To Protect Journalists, and is a member of the Council on Foreign Relations. He graduated from Princeton University in 1984.