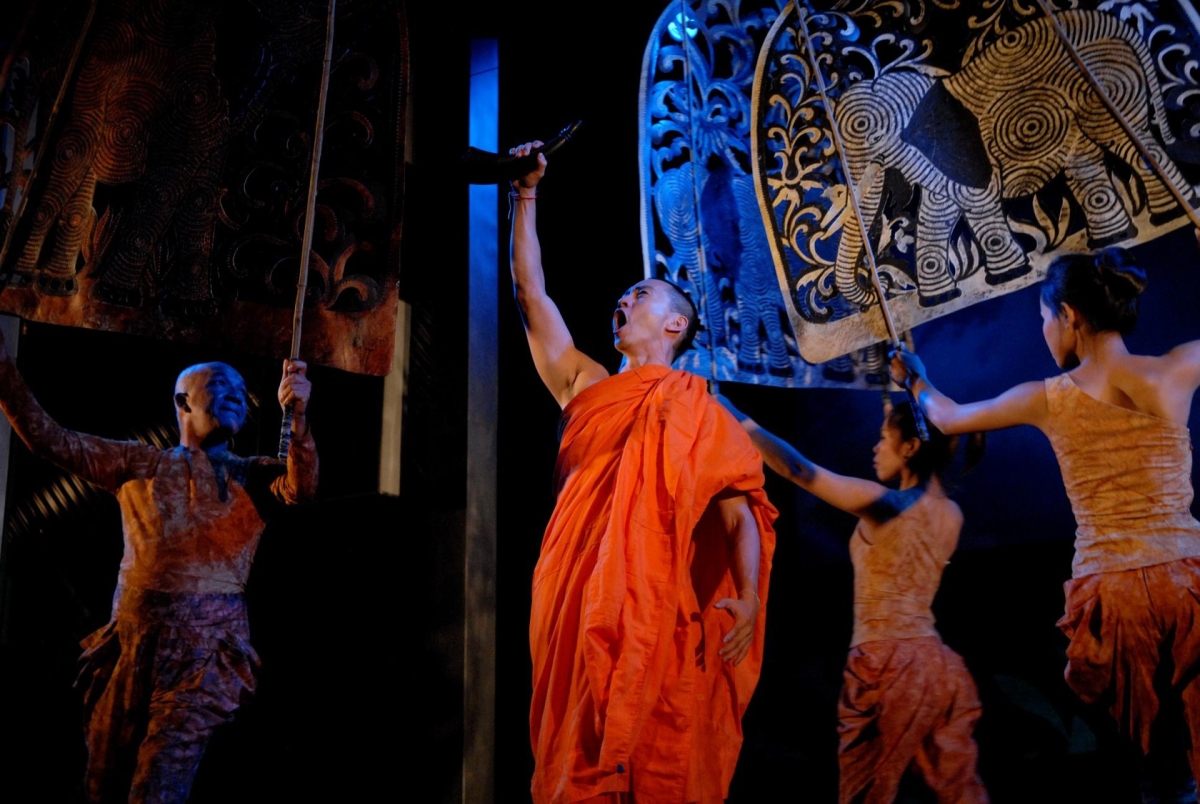 Cambodian Living Arts is an organization that connects community through the arts with an underlying belief that arts are at the heart of a vital society.

Founded in 1998 by musician, genocide survivor, and human rights activist Arn Chorn-Pond, Cambodian Living Arts (CLA) is an organization that serves as a catalyst for a vibrant arts sector, inspiring new generations. CLA has focused on helping talented people to build and develop careers in the arts through scholarships, fellowships, and support to troupes and individuals in Cambodia.

In 2017, CLA established a sister organization, the Mekong Cultural Hub (MCH), to take the mission of CLA beyond Cambodia’s borders and build links among artists and cultural practitioners throughout the Greater Mekong Region. MCH serves people who are working at the intersection of arts and society, supporting creative practitioners who are ready to widen their networks and their impact through regional projects and collaboration.

The COVID-19 pandemic brings new challenges to sustaining the arts and culture sector in Cambodia and the Mekong Region, and support for arts and culture in the region has become even more critical. Phloeun Prim, Executive Director of Cambodia Living Arts, will join Venka Purushothaman, Provost at LASALLE College of the Arts in Singapore and co-chair of CLA's Advisory Council, in a conversation moderated by Anupama Sekhar, leading cultural manager and a member of UNESCO's Expert Facility.

“It is very important that young people understand their own culture, but preservation and inheritance alone is not enough; culture is alive.”

Under Phloeun’s leadership, CLA has extended its reach from local to international audiences; expanded its community from the old generation of masters to a new generation of emerging artists and cultural leaders; and evolved its mission from preserving and transmitting endangered art forms to serving as a catalyst in Cambodia’s vibrant arts sector, focusing on innovation and expression.

In Spring 2013, Phloeun served as CEO of the Season of Cambodia Festival, which brought 125 artists to New York City’s stages, screens, galleries, and public spaces. The Festival enlisted 34 presenting partners, including the Brooklyn Academy of Music, Metropolitan Museum of Art, MoMA, and Lincoln Center, driving international support and attention to the creativity and diversity of cultural expression in Cambodia. In 2017 and 2018, Phloeun oversaw the commission and international tour of Bangsokol: A Requiem for Cambodia, which saw premieres in Melbourne, New York, Boston, and Paris. Bangsokolis the first major symphonic work that addresses the traumas of the late 1970s in Cambodia, and the first collaboration between contemporaries Rithy PANH and HIM Sophy—both survivors of the Khmer Rouge who are now at the forefront of Cambodia’s cultural renaissance. In 2019, Bangsokol was premiered for the first time in Cambodia, which was graced by the presence of His Majesty King Norodom Sihamoni as Head of State and Distinguished Patron of CLA.

Phloeun regularly presents and participates in global dialogues and international forums on arts and development. Since 2017, Phloeun has taught a curriculum on “Arts for Transformation: The Case of Cambodia” to international students at New York University Abu Dhabi (NYUAD). From 2019, the course has been taught at Pannasastra University Cambodia and the Royal University of Fine Arts (RUFA) in Phnom Penh.

Phloeun serves on the boards of Artisans Angkorand Bophana Audiovisual Resource Center, is a member of Asia Society’s Asia 21 Young Leaders Network, and sits on the Southeast Asia Advisory Committee of the Ministry of Culture of Taiwan.

Born during the Cambodian genocide and raised in Montréal, Canada, Phloeun is proud to have returned to Cambodia to be part of the movement to use the arts for healing, social transformation, and economic development. He is passionate about supporting the next generation of leaders in Cambodia’s arts sector, and remains inspired by the early work of CLA to revive the oral transmission of traditional art forms. It is that passing from generation to generation—that human connection to culture—that gives roots to curiosity about identity, and Phloeun sees the arts, expression, and imagination as essential to being human.

Venka Purushothaman is an academic, award-winning art writer and arts and cultural leader with a distinguished career in arts higher education and the cultural and creative industries. He is currently Provost at LASALLE College of the Arts Singapore.

Venka advances artistic and cultural networks and cultivate arts and cultural leaders, sensitive to emerging shifts in culture and society while promoting the re-think of learning objectives for an evolving student body in an increasingly borderless, culturally diverse and tech-driven twenty-first century. He has steered the development of numerous path-breaking programs and founded the collective, Asia-Pacific Network for Culture, Education and Research (ANCER) to facilitate cultural leadership and research in Asia.

Venka speaks internationally on cultural and economic transformation through the arts, shaping of arts higher education for the future and on emerging practices in contemporary art. He provides advisory support on these areas though participation in various arts, educational and cultural boards in Singapore and internationally. Amongst these representations, he is board member of the Virginia Commonwealth University’s arts school campus in Qatar, board member of Shared Campus a Swiss-based consortium of universities for art and design and board member of Living Arts International (New York) and Chair of its International Advisory Board.

Venka is an award-winning author with numerous artist monographs and books on cultural policy and festivals. His The Art of Sukumar Bose: Reflections on South and Southeast Asia​ (2013) was awarded 2015 ICAS Book Prize - Best Art Book Accolade by the International Congress of Asian Scholars, Leiden University.  He is currently editor of Issue, an annual international peer-reviewed art journal.

Venka is a member of the Association Internationale des Critiques d’Art, France/Singapore, Fellow of the Royal Society of the Arts, UK and University Fellow at Musashino Art University, Japan. Venka holds a PhD is cultural policy and Asian cultural studies from The University of Melbourne.

Anupama Sekhar is an arts manager from India, who now lives and works out of Singapore. She is a member of UNESCO's Expert Facility, as part of which she supports Ministries of Culture across Asia to implement participatory cultural governance initiatives.

This program is part of Asia Society's Culture Matters series.

Viewers can submit questions through comments on those platforms during the live stream.