The Sounds of Struggle: The Music of Jon Jang and Francis Wong | Asia Society Skip to main content

The Sounds of Struggle: The Music of Jon Jang and Francis Wong 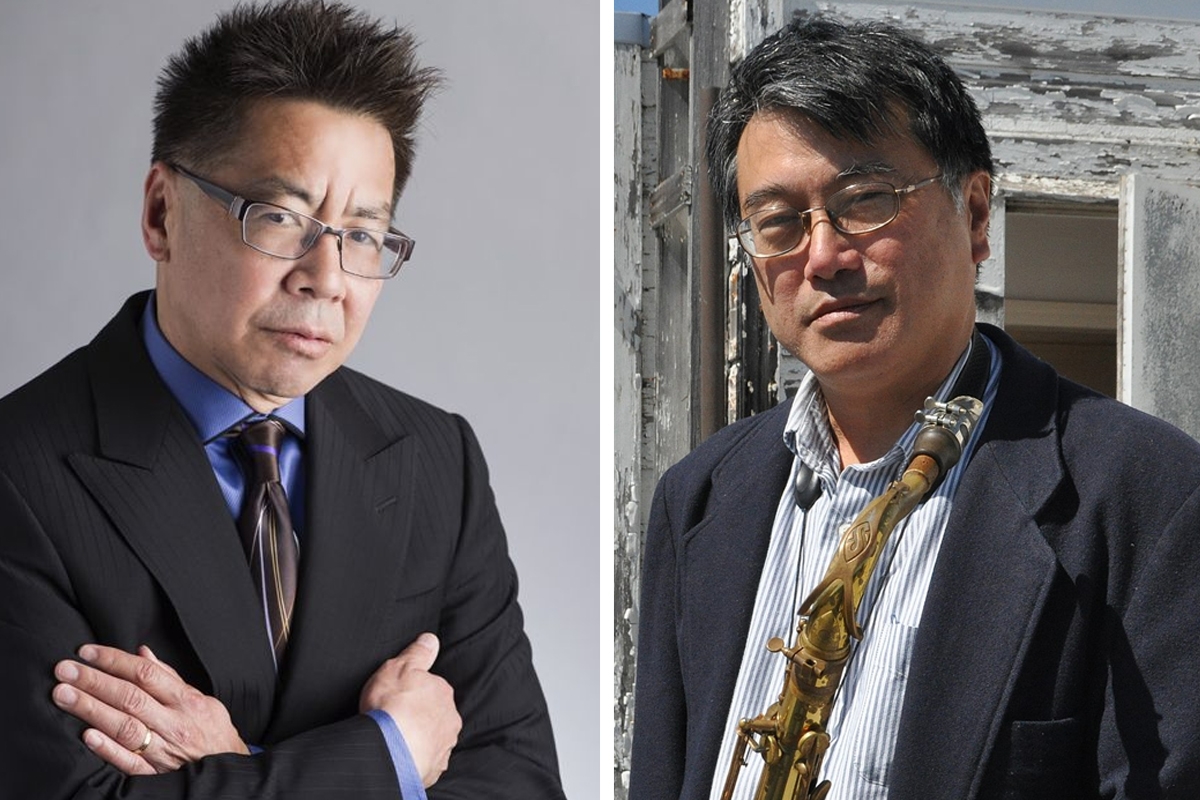 Tune in May 25, at 7 p.m. New York time for a free live video webcast. #AsiaSocietyLIVE

In the midst of the rising Asian American social justice movements of the 1980s, Chinese Americans Jon Jang and Francis Wong, based in San Francisco, chose music as their way to contribute to the fight for racial equity in our world. Inspired and trained by Black musician mentors, they were encouraged to experiment within “jazz” (Black music) traditions. They set about forming innovative cross-cultural ensembles and composing works telling untold stories of the struggle that were part of anti-racist and social justice campaigns of the past few decades. They continue this role in their work in today’s movements for Black Lives and against Anti-Asian violence and hope to transmit the lessons and messages to today’s and future generations. Join them in a special conversation with journalist Cat Zhang reflecting on their history and current practice.

Jon Jang became the first American born Chinese to compose a symphonic work that honors Chinese American history. For nearly four decades, a body of his works represents a chronology of Chinese American history in San Francisco. Commissioned by the Sacramento Philharmonic Orchestra and Oakland East Bay Symphony, Jang composed The Chinese American Symphony which pays tribute to the Chinese immigrant laborers who built the first transcontinental railroad in United States. Jang’s other works include: Can’t Stop Cryin’ for America: Black Lives Matter! When Sorrow Turns to Joy – Songlines: The Spiritual Tributary of Paul Robeson and Mei Lanfang, Tiananmen!, Reparations Now! and Island: The Immigrant Suite No. 2 for the Kronos Quartet.

As a scholar, Jang has taught at Stanford University, University of California at Berkeley and UC Irvine. Jang has given presentations such as The Sounds of Struggle: Music from the Black Liberation Movement of the 1960s to the Asian American Movement of the 1980s, One Day American, One Day Alien: Black and Brown Artists Who Made the National Anthem Their Own and Traditions and Transformation at Columbia University and other universities.

Few musicians are as accomplished as Francis Wong, considered one of "the great saxophonists of his generation" by the late jazz critic Phil Elwood. A prolific recording artist, Wong is featured on more than forty titles as a leader and sideman. For over two decades he has performed his innovative brand of jazz and creative music for audiences in North America, Asia, and Europe with such luminaries as Jon Jang, Tatsu Aoki, Genny Lim,William Roper, Bobby Bradford, James Newton, and the late Glenn Horiuchi, Fred Anderson, and John Tchicai.

But to simply call the Bay Area native a musician would be to ignore his pioneering leadership in communities throughout Northern California. Wong's imaginative career straddles roles as varied as performing artist, youth mentor, composer, artistic director, community activist, non-profit organization manager, consultant, music producer, and academic lecturer. A key vehicle for his work is Asian Improv aRts, the company he co-founded with Jon Jang. Wong was a California Arts Council Artist in Residence from 1992 through 1998, and a Meet The Composer New Resident in 2000-2003. In 2000-2001 he was a Rockefeller Next Generation Leadership Fellow. He has also been a guest member of the faculty at San Francisco State University (1996-98) and at University of California at Santa Cruz (1996-2001).

”I choose for my work to build community and to seek out how I, as an artist can meet the challenges that our community faces. In the Asian American community, the biggest challenge is continuity of culture and the impact of assimilation. Through music, I envision a way to create continuity through the integration of tradition and innovation.

Cat Zhang is a writer and cultural critic. She's the assistant editor at the music website Pitchfork, and has also written for publications like The New Yorker, NPR, and Slate.