Responding to the Brutal, Escalating Crisis in Myanmar 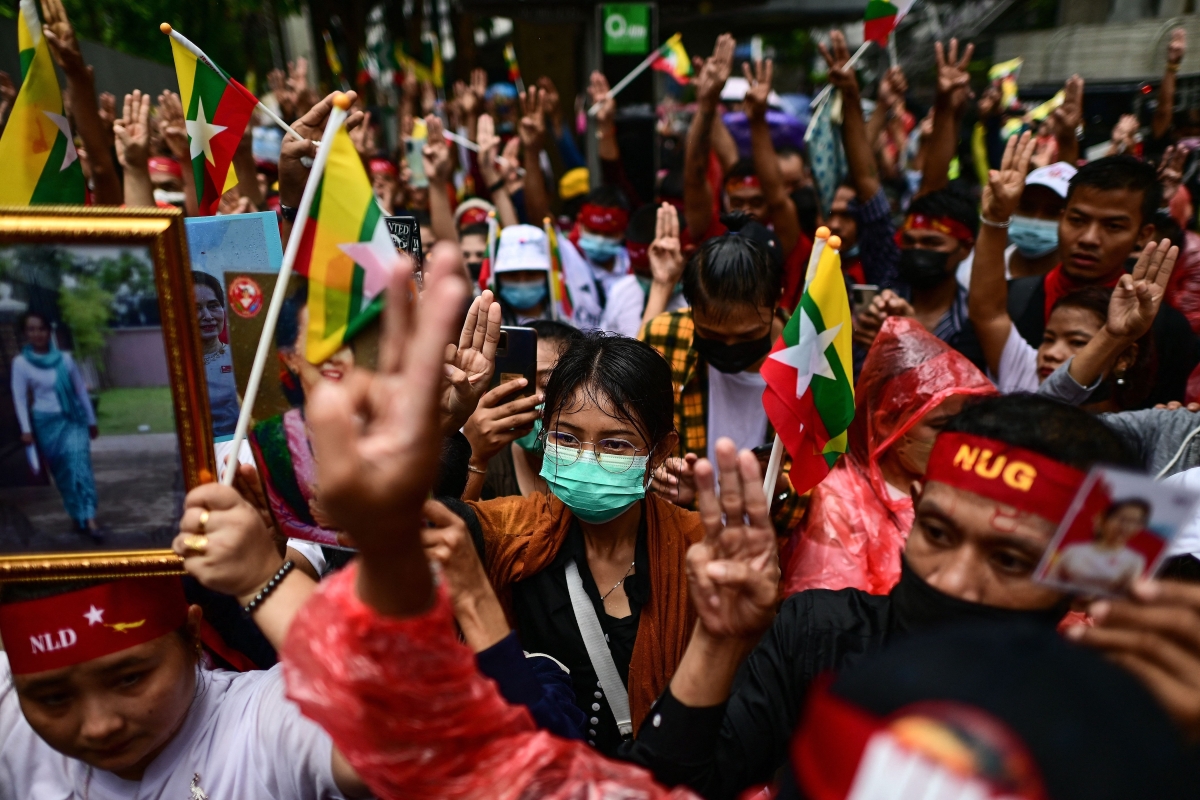 Eighteen months after Myanmar’s military seized power in a coup that derailed the country’s fragile democratic transition, the junta’s brutal reign continues with last week’s execution of four democracy activists after secret, sham trials. Myanmar’s military forces have killed and detained thousands of civilians, the junta has brought the country to the brink of economic collapse, and COVID-19 and hunger have run rampant.

In the face of this cruelty, Myanmar’s people show courage and resilience while fighting for their former path to democracy. They protest en masse, activists created a civil disobedience movement, and many of the duly-elected parliamentarians deposed in the coup formed a National Unity Government in an effort to wrest back power. Military attacks continue against ethnic arms groups and the new people’s defense force. The country and its people remain in a dire situation.

As conflict continues and Myanmar’s humanitarian, political, and economic crises escalate, pressure is growing on the international community to take action to help Myanmar’s people. What can and should the U.S., ASEAN, and the United Nations do to preventing further atrocities? How does the deepening rivalry between the U.S. and China affect prospects for progress? What does continued instability in Myanmar mean for its regional neighbors?

Scot Marciel is the Oksenberg-Rohlen Fellow at Stanford University’s Walter H. Shorenstein Asia Pacific Research Center and a Senior Advisor at BowerGroupAsia. He retired from the U.S. Foreign Service in April 2022 after a 37-year career that included assignments as Ambassador to Myanmar, Ambassador to Indonesia, and Ambassador for ASEAN Affairs. He also served as Principal Deputy Assistant Secretary of State for East Asian and Pacific Affairs and in U.S. Missions in the Philippines, Vietnam, Hong Kong, Turkey, and Brazil. He is the author of the forthcoming book, Imperfect Partners: The United States and Southeast Asia.

Aung Myo Min is Union Minister for Human Rights in the cabinet of the National Unity Government of Myanmar. He is the Special Envoy for the humanitarian mission to unlock $1 billion. He was a prominent human rights advocate before joining the NUG. Aung Myo Min joined the 1988 democracy uprising and left Myanmar after the military coup that followed. Living in exile for 23 years, he continued working on human rights issues for Myanmar’s most vulnerable. He studied human rights at Columbia University, graduating with a masters in 1993. In 2000, he founded Human Rights Education Institute of Burma, based in Thailand. He has received eight human rights awards.

Debra Eisenman (moderator) is Chief Operating Officer of the Asia Society and Founding Director and Senior Fellow of the Asia Society Policy Institute (ASPI). She was previously Managing Director of ASPI. Before joining Asia Society in 2011, she worked in the peacebuilding and Western Balkans grantmaking programs of the Rockefeller Brothers Fund. She has also worked with NGOs on projects to advance youth civic engagement and community safety. She has been a short-term election observer in Kosovo, Albania, Ukraine, and Armenia. In June 2018, she authored the ASPI report, Reconciling Expectations with Reality in a Transitioning Myanmar.