A Special Conversation with Nicolas Berggruen and Nathan Gardels 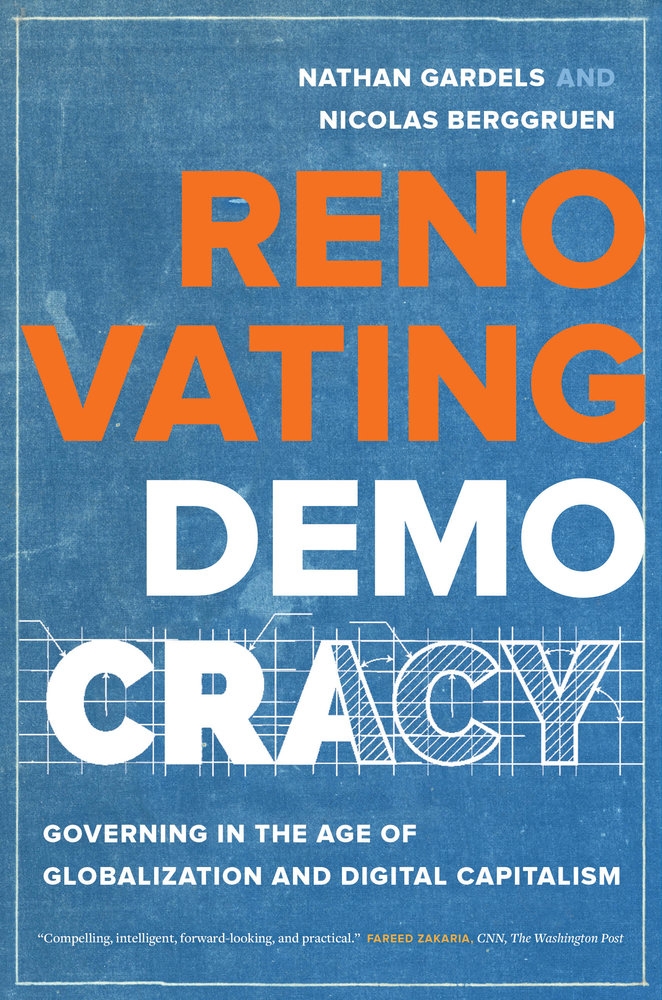 Can’t make it to this program? Tune in Thursday, October 10, at 6:30 p.m. New York time for a free live video webcast. #AsiaSocietyLIVEAsiaSociety.org/Live

He has signed on the “Giving Pledge,” committing the majority of his wealth to philanthropy; now Nicolas Berggruen, Chairman of the Berggruen Institute, is rethinking the way technology and social media are impacting democracy.

In his new book Renovating Democracy, Berggruen considers how to govern in the age of globalization and digital capitalism.

Berggruen is joined by The WorldPost's editor-in-chief and book co-author Nathan Gardels for a thought-provoking conversation with Asia Society President and CEO Josette Sheeran.  A book sale and signing will follow.

Nicolas Berggruen is Founder and Chairman of the Berggruen Institute where he formed the 21st Century Council, the Council for the Future of Europe and Think Long California—all dedicated to the design and implementation of good governance. Through his work with the Berggruen Institute China Center, he fosters new ideas with the aim to bridge understanding between the East and the West.

Nathan Gardels is Co-founder of the Berggruen Institute and Editor-in-Chief of The WorldPost, a global media platform. He is the co-author (with Nicolas Berggruen) of Intelligent Governance for the 21st Century: A Middle Way between East and West, a Financial Times best book of 2012. His previous books include American Idol after Iraq, The Changing Global Order, and At Century’s End.

Renovating Democracy: Governing in the Age of Globalization and Digital Capitalism by Nicolas Berggruen and Nathan Gardels  can be purchased at AsiaStore or through the AsiaStore website.