The Life of Ali Ibn Abi Talib by Hassan Abbas 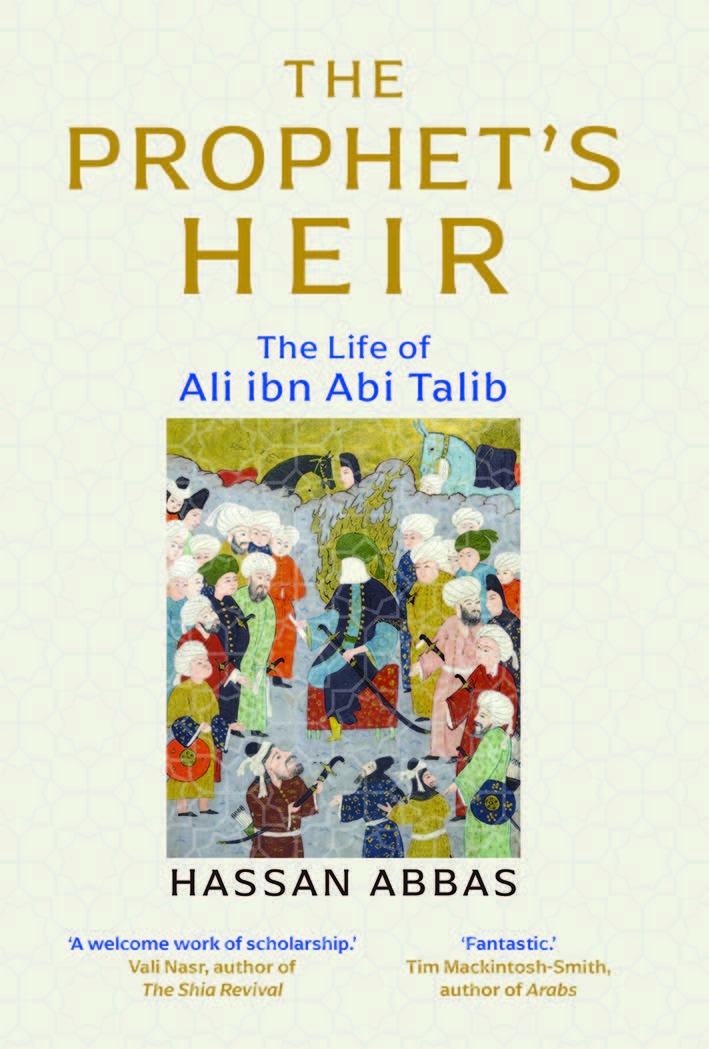 Ali ibn Abi Talib is arguably is one of the most important spiritual and intellectual authority in Islam after prophet Mohammad. Through his teachings and leadership as fourth caliph, Ali nourished Islam; but Muslims are divided on whether he was supposed to be Mohammad’s political successor, and he continues to be a polarizing figure in Islamic history.
Hassan Abbas provides a nuanced, compelling portrait of this towering yet divisive figure and the origins of sectarian division within Islam. Abbas reveals how Ali assumed the spiritual mantle of Islam to spearhead the movement that the prophet had led. While Ali’s teachings about wisdom, justice, and selflessness continue to be cherished by both Shia and Sunni Muslims, his pluralist ideas have been buried under sectarian agendas and power politics. Today, Abbas argues, Ali’s legacy and message stands against that of ISIS, Al-Qaeda, and Taliban.

Hassan Abbas is Distinguished Professor of International Relations at the Near East South Asia Strategic Studies Centre (NESA), at the National Defense University in Washington DC. He also serves as a senior advisor at Harvard University’s Weatherhead Center for International Affairs. Earlier he served as a Bernard Schawartz fellow at the Asia Society in New York (2009-11). His current research work focuses on building narratives for countering political and religious extremism & rule of law reforms in developing states.

He appeared on various television news shows including CNN, Fox News, The Daily Show with Jon Stewart, the Newshour among others as an analyst on security and political issues in South Asia and Middle East.

He testified before the Foreign Relations Committee, US House of Representatives on “Women fighting for Peace: Lessons for Today’s Conflicts”, and before the United States Commission on International Religious Freedom at the U.S. Congress on “Protecting Houses of Worship and Holy Sites”.

He is author of numerous reports and books, including Pakistan 2020: A Vision for Building a Better Future (Asia Society, 2011) The Taliban Revival: Violence and Extremism in Pakistan – Afghanistan Frontier (Yale University Press, 2015); Pakistan’s Nuclear Bomb: A Story of Defiance, Deterrence and Deviance (Oxford University Press, 2018) .

Hussein Rashid, is founder of islamicate, L3C, a consultancy focusing on religious literacy. He is currently teaching at The New School and his research focuses on Muslims and US popular culture. His work includes exploring Shi’i theology, the interaction between culture and religion, and the role of arts in conflict mediation. He co-edited a book on Kamala Khan/Ms. Marvel. He is currently co-editing a volume on Islam and Popular Culture, and another volume on Islam in North America. He is also co-authoring a cultural history of Muslims in America. He has also published several articles on Imam Ali. His current projects include the documentary American Muslims: A History Revealed, and a museum project on religion and jazz. He worked with the Children’s Museum of Manhattan as a content expert on their exhibit “America to Zanzibar: Muslim Cultures Near and Far.”