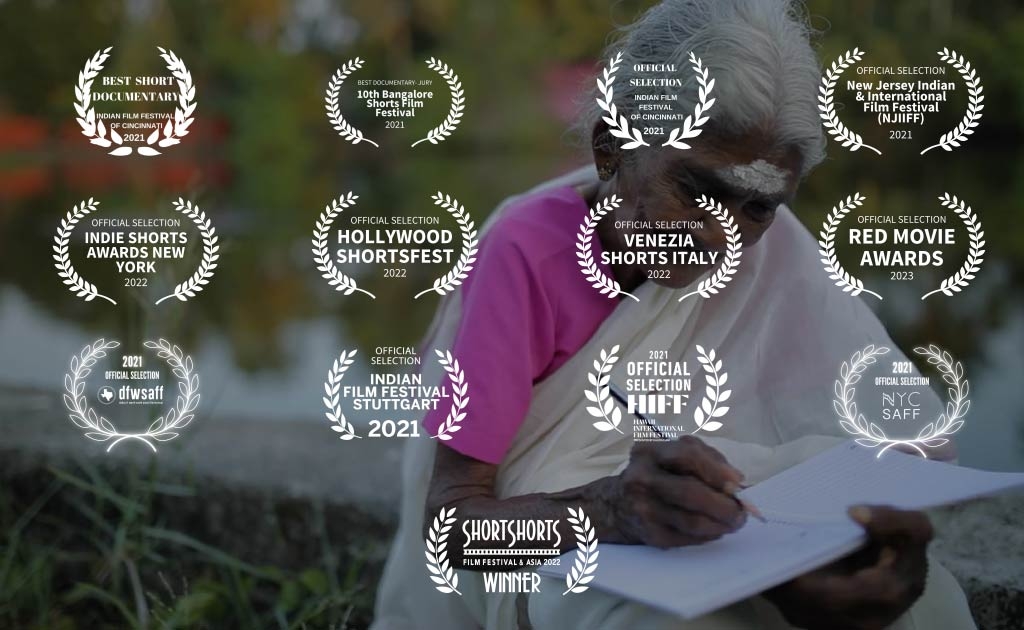 A critically-acclaimed short film and the winner of Biogen Award for Best Short Film at Tokyo’s prestigious Short Shorts Film Festival this year, Barefoot Empress is a heartwarming story about an ordinary lady with an extraordinary dream. It is about a journey taken by Karthiyani Amma who refused to give up her dream for education and pursued it with gusto at a ripe age of 96.  Raised in a family headed by a daily wage earner in rural India, formal education was not even an option for Karthiyani Amma when she was growing up. Decades later when given an opportunity, she shattered societal norms by attending a school with children as young as her grandchildren and great grandchildren. To everyone’s surprise, she earned the top score in her class. In 2020, Karthiyani Amma was honored with the "Women Power Award” by the Honorable Ram Nath Kovind, then-President of India. Her inspirational story is proof that it is never too late to pursue one’s dreams irrespective of challenges along the way.

Barefoot Empress is directed by Vikas Khanna -- Michelin Star Chef, award-winning author, filmmaker, and member of the Asia 21 Young Leaders network. Raised in India, Khanna's passion for cooking was greatly inspired by his grandmother's own love of cooking. He began developing his own recipes as early as at 17 years of age. In 2000, he immigrated to New York, taking up odd jobs such as dishwashing and walking pets for the elderly. Through hard work, he has become India’s most well-known chef, been featured on the covers of Forbes Life, was Host for Master Chef India, and was selected as the “Best TV Chef” by the Indian Telly Awards, among many other impressive accolades.

Join us for a private screening of "Barefoot Empress," followed by a conversation with film director, Vikas Khanna.