Preview and Discussion: Voyage to the East | Asia Society Skip to main content

Preview and Discussion: Voyage to the East 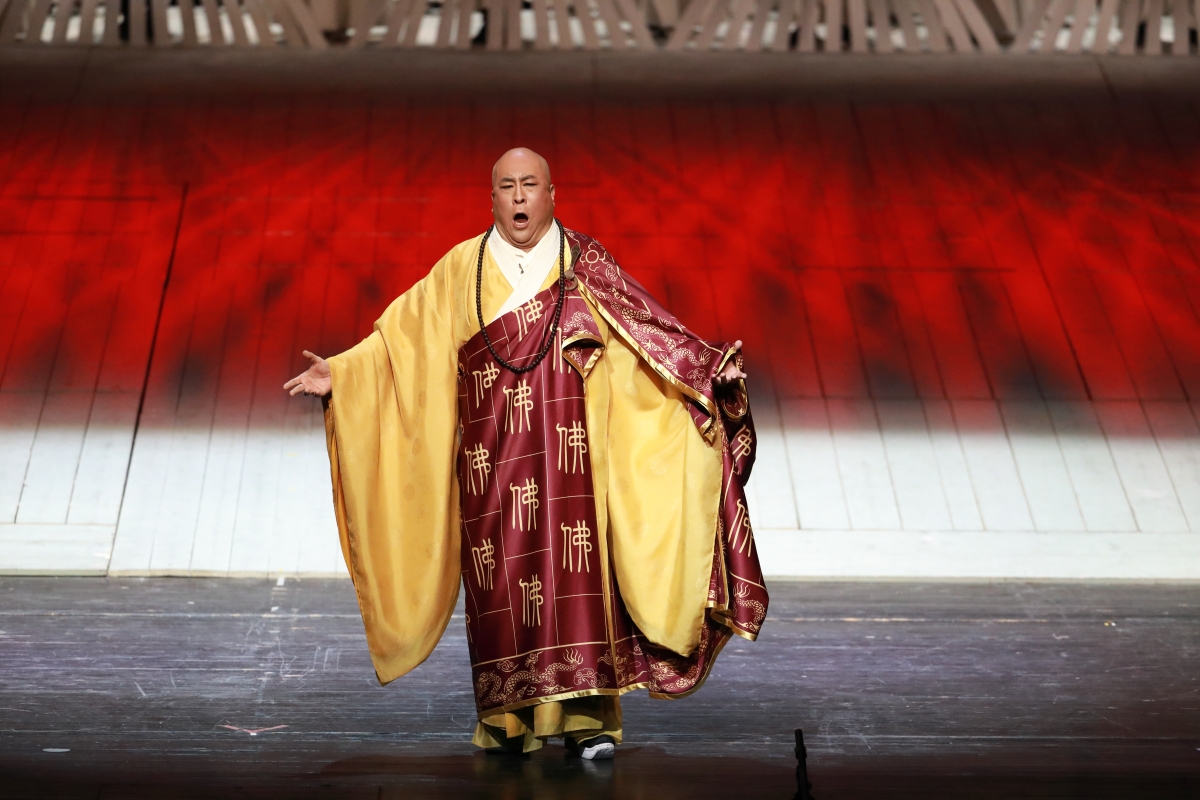 A preview and discussion of Tang Jianping's new opera, Voyage to the East, starring Tian Hao Jiang, with the participation of the composer, director and cast members:

One of the most exciting operas to come from China this year, Voyage to the East is the story of Jianzhen, the Chinese monk credited with spreading Buddhism to Japan during the Tang dynasty. His journey brought him face to face with cannibals, pirates, and feudal warlords. By the time he succeeded in reaching Japan, he had lost his eyesight, but is credited not just with the spread of Buddhism, but also sharing cultural achievements of the Tang Dynasty which laid the groundwork for future exchange between China and Japan.

Tang Jianping's unique score is mesmeric, infusing modern opera with the original sound of the Japanese koto, the Chinese guzheng and zither, temple blocks and Buddhist chants. This special preview ahead of the production at Lincoln Center will include the composer, the director and principal singers in live musical excerpts and conversation. This opera is produced by the Jiangsu Performing Arts Group.

Tian Hao Jiang is an internationally renowned bass, who has sung at the Metropolitan Opera for 20 years, and over 1400 performances of 50 operatic roles in all major opera houses worldwide, including singing over 100 performances with such superstars as Placido Domingo and Luciano Pavarotti.

His autobiography, Along the Roaring River: My Wild Ride from Mao to the Met, was published by Wiley and Sons as a Lincoln Center Book and was collected in over 600 public libraries. A PBS special, based on this book, was aired nationwide in the United States. He is also the founder and artistic director of the iSING! Suzhou International Young Artists Festival.