A Beginner’s Guide to Japan: Observations and Provocations 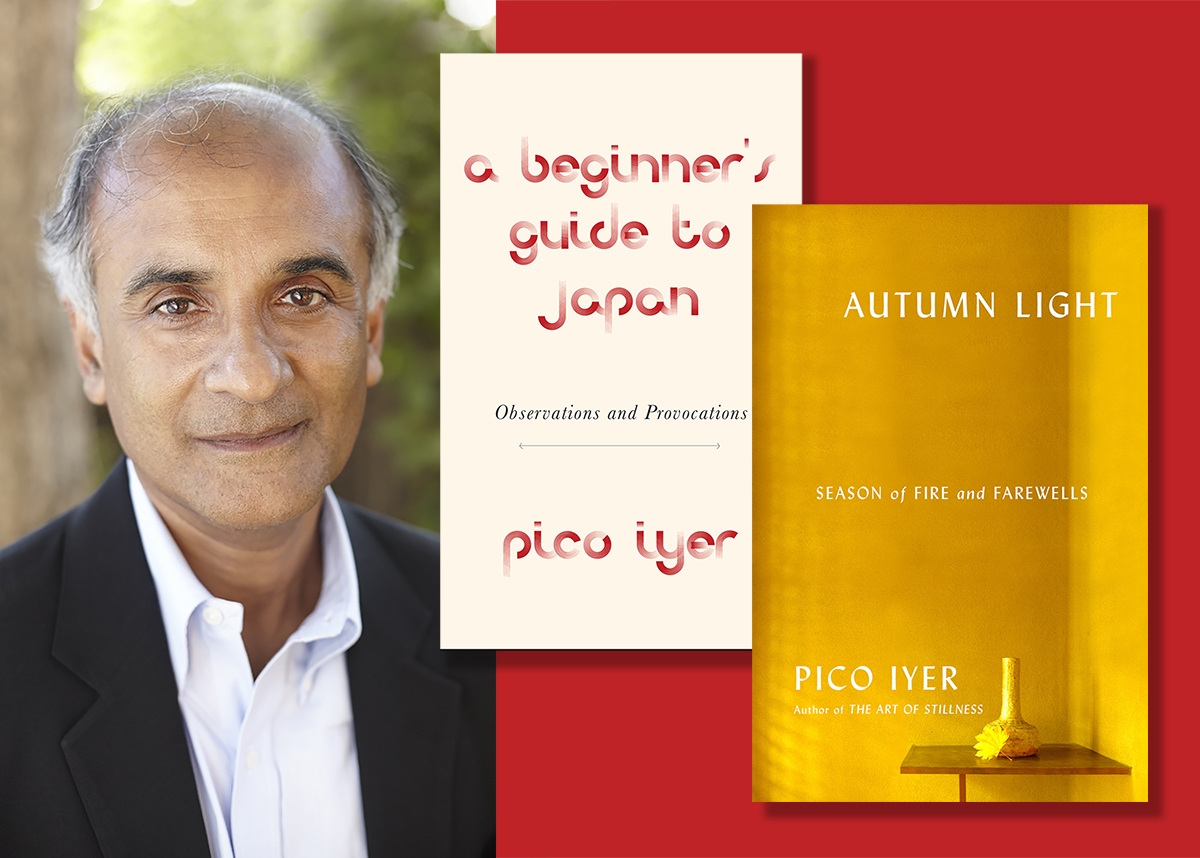 Photos courtesy the author and Knopf

Can’t make it to this program? Tune in Monday, Oct. 14, at 6:30 p.m. New York time for a free live video webcast. #AsiaSocietyLIVEAsiaSociety.org/Live

The quintessential global wanderer, Pico Iyer has published two books on Japan this year: Autumn Light and A Beginner's Guide to Japan. After 30-plus years in Japan, Iyer can use everything from anime to Oscar Wilde to show how his adopted home is both hauntingly familiar and yet remains strange.

For years, Pico Iyer has split his time between California and Nara, Japan, where he and his Japanese wife, Hiroko, have a small home. But when his father-in-law dies suddenly, Iyer begins to grapple with the question of how to hold on to the things we love in a universe of impermanence. In a country whose calendar is marked with occasions honoring the dead, Autumn Light: Season of Fire and Farewells leads us through the year following his father-in-law’s death, and as the maple leaves begin to redden, Iyer offers us a singular view of Japan, in the season that reminds us to take nothing for granted.

A Beginner’s Guide to Japan: Observations and Provocations is a playful and profound guidebook full of surprising, brief, incisive glimpses into Japanese culture. Iyer’s adventures and observations as he travels from a meditation-hall to a love-hotel, from West Point to Kyoto Station, make for a constantly surprising series of provocations guaranteed to pique the interest and curiosity of those who don’t know Japan, and remind those who do of the complexities and surprises that Japan presents to visitors and long-term residents alike. Pico Iyer will be in conversation with James Shaheen, editor and publisher of Tricycle: The Buddhist Review.

Pico Iyer is the author of eight works of nonfiction and two novels. His previous works on Japan include The Lady and the Monk: Four Seasons in Kyoto, The Inland Sea (with Donald Richie), and the anthology Deep Kyoto: Walks (contributor). A writer for Time since 1982, he is a frequent contributor to The New York Times, Harper’s, The New York Review of Books, the Los Angeles Times, the Financial Times, and many other magazines and newspapers on both sides of the Atlantic and Pacific. His book The Art of Stillness came out of a 2013 TED talk in which he looked at the incredible insight that comes with taking time for stillness in a world of constant movement and distraction. He splits his time between Nara, Japan, and the United States.

James Shaheen is the editor and publisher of Tricycle: The Buddhist Review, a print and digital magazine dedicated to making Buddhist teachings and practices broadly available. James began his Buddhist practice in the mid-1990s, studying with teachers from a number of Buddhist traditions. He is particularly interested in Buddhism's growth in the West and its applicability to Western politics, culture, and everyday life.