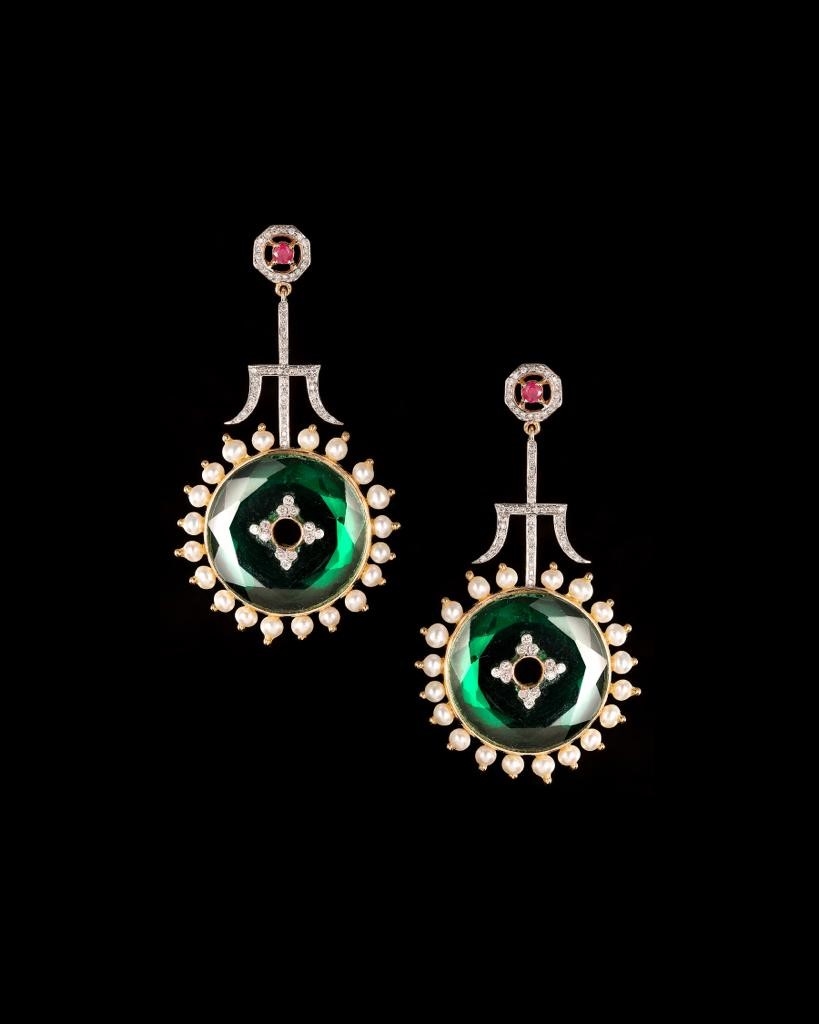 ***This is a Patrons-only program and registration is required***

Tune in live November 10 at 6:30pm New York Time for a free video webcast at #AsiaSocietyLIVE!

The signature style of Indian jewelry design and artisanship can be seen stamped on the greatest jewelry houses in the world. But how has that been appreciated and interpreted and what sort of recognition has been realized? Through a uniquely South Asian lens, we explore the prodigious impact of India’s jewelry design aesthetic and craftsmanship on the West and explore how that has been interpreted by the jewelry community. What is the distinction been inspiration and appropriation and what is the impact of Indian taste on today’s jewelry landscape.

Join us in-person for a Patrons-only cocktail reception and discussion with Rosena Sammi, founder of the boutique ‘The Jewelry Edit’, and Hanut Singh, renowned jewelry designer and is a descendant of the Kapurthala royal family of India.

To register for this special opportunity or join as a Patron of Asia Society, please email patrons@asiasociety.org.

Rosena Sammi is founder of the boutique 'The Jewelry Edit'. Built on a mission of curating ethically made jewelry and elevating diverse designers, The Jewelry Edit has featured in The New York Times, The Business of Fashion, The Robb Report and more. Rosena has created a new way to shop for jewelry, one that's personal and tells a story.

Rosena Sammi designed and crafted jewelry collections under her namesake line for more than a decade. Her jewelry was sold at all the leading department stores, worn by A-List celebrities such as Rihanna and Blake Lively and was featured in the likes of Vogue. However, she grew disenchanted with the rise of fast fashion.

‘The Jewelry Edit,’ a new way to shop for jewelry. It’s personal, it’s not mass-produced and it tells a story. The Jewelry Edit melds compelling brands that draw on the best of our traits such as female empowerment, creativity, sustainability and accountability.

For just over ten years Hanut Singh has flown under the radar, quietly and meticulously designing jewelry that at once reveals his modern sensibility, appreciation of history and obsession with craftsmanship. The personal touch he applied to his creations extended to the way he presented them for a decade, exclusively at private trunk shows and by-appointment only boutiques. From these intimate presentations a word-of-mouth buzz spread about Hanut’s talent.  Over time he gained a Who’s Who list of clients including Beyoncé, Lauren Santo Domingo, Diane von Furstenberg, Mary-Kate Olsen, Wendi Deng Murdoch, Madonna and Tory Burch. Outside these rarefied circles, the only other way to discover the jewelry might be a piece of press here and there, a social media mention or a glimpse of something on the designer’s magical Instagram. Today his jewelry can be found upon occasion in Moda Operandi trunkshows or at the legendary Fred Leighton boutique in New York. So who is this jewelry talent?

Hanut Singh is a descendant of the Kapurthala royal family of India who astonished the world with their style in the first half of the twentieth century. The family’s legendary treasures and discriminating taste inspired the greatest jewelry houses in the world to new heights.  It also ignited Hanut’s passion to become a designer. Although he was never formally trained, Hanut’s jewelry education truly began from the time he was a child learning about the collections of his ancestors.

Hanut’s great-grandfather, the Maharaja Jagatjit Singh was a friend of American President Theodore Roosevelt and French statesmen Georges Clemenceau. He was a Francophile and built a pink palace in India inspired by the architecture of the Élysée Palace in Paris. The Maharaja took annual trips to the City of Lights and often commissioned jewels from the esteemed French houses. One of the most spectacular was a pagoda style tiara made by Cartier in 1926. It was set with eye-popping emeralds from the family’s gem collection.

Hanut’s grandparents the Maharaja Kumar Karamjit Singh and Maharani Sita Devi of Kapurthala—also known as the Princess Karam—continued the relationships with the best French jewelers during their frequent visits to Paris in the 1930s.