Notes on the Future of Our Democracy: A Conversation With Andrew Yang | Asia Society Skip to main content

Notes on the Future of Our Democracy: A Conversation With Andrew Yang 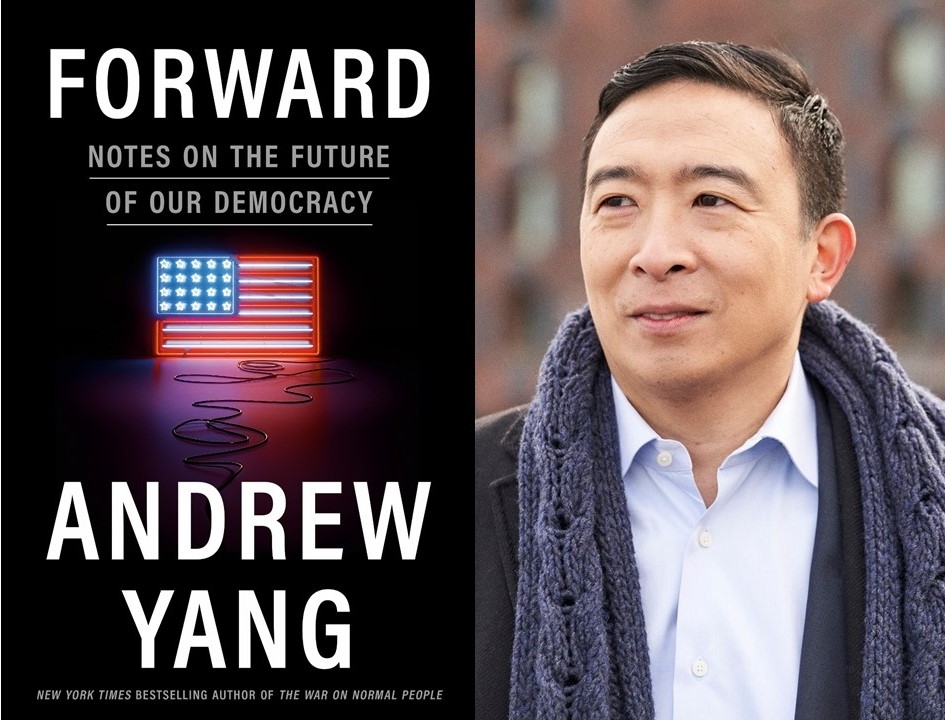 Composite of Forward: Notes on the Future of Our Democracy and portrait of Andrew Yang (Penguin Random House).

Join us for a special discussion with former presidential and mayoral candidate Andrew Yang on his new book, Forward: Notes on the Future of Our Democracy. His book offers a vivid account of what running for president is really like and a scathing indictment of America’s “era of institutional failure.” Inspired by his experience running for office and as an entrepreneur, and by ideas drawn from leading thinkers, he offers a series of solutions, including data rights, ranked-choice voting, and fact-based governance empowered by modern technology, writing that “there is no cavalry” — it’s up to us. He will be joined in conversation with the Hon. Kevin Rudd AC, president and CEO of Asia Society.

This Asia Society Town Hall is part of a series of Town Halls curated by a task force dedicated to countering anti-Asian racism. Learn more about our related work at AsiaSociety.org/AsianAmerica.

Andrew Yang was a 2020 Democratic presidential candidate and a 2021 candidate for mayor of New York City. Named by President Obama as a Presidential Ambassador of Global Entrepreneurship, he is the founder of the organizations Humanity Forward and Venture for America. Yang’s 2018 New York Times bestselling book The War on Normal People about the threat of technology-driven job automation helped introduce the concept of universal basic income into the political mainstream.