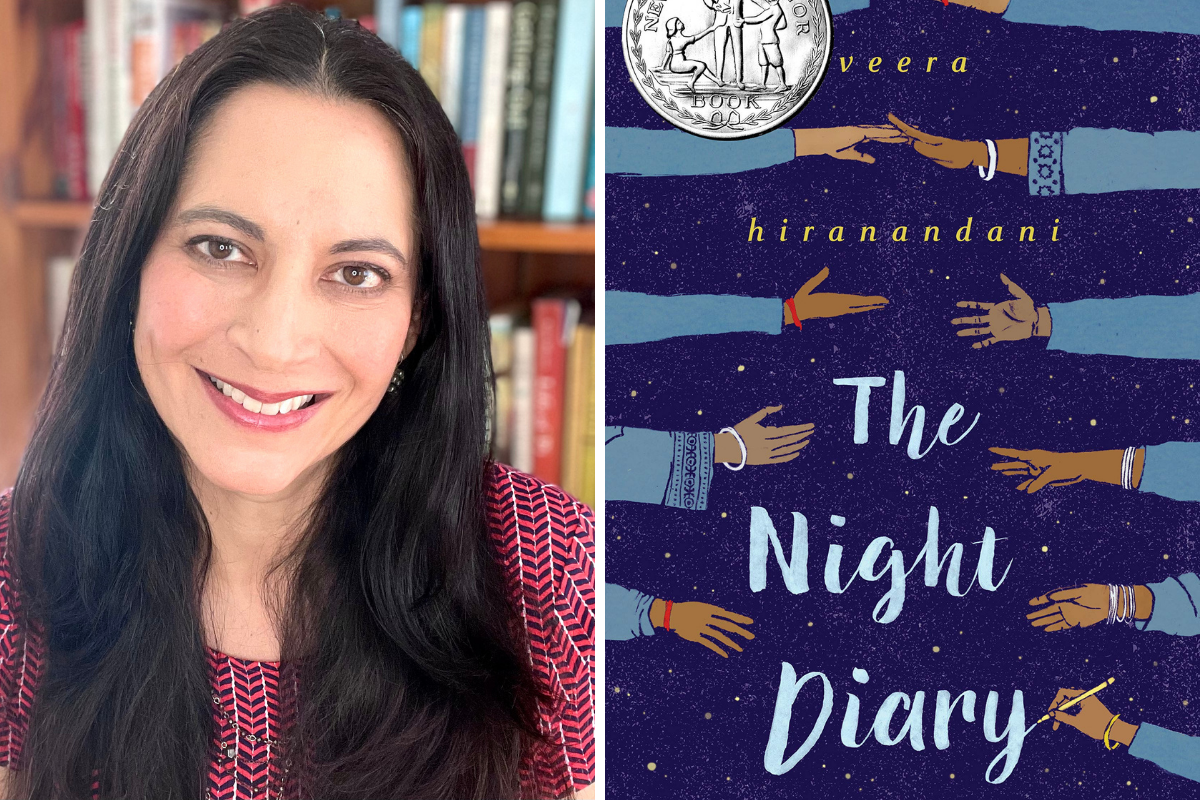 It's 1947, and India, newly independent of British rule, has been separated into two countries: Pakistan and India. The divide has created much tension between Hindus and Muslims, and hundreds of thousands are killed crossing borders. Half-Muslim, half-Hindu twelve-year-old Nisha doesn't know where she belongs or what her country is anymore. When Papa decides it's too dangerous to stay in what is now Pakistan, Nisha and her family become refugees and embark first by train but later on foot to reach her new home. The journey is long, difficult, and dangerous, and after losing her mother as a baby, Nisha can't imagine losing her homeland, too. But even if her country has been ripped apart, Nisha still believes in the possibility of putting herself back together. Told through Nisha's letters to her mother, The Night Diary is a heartfelt story of one girl's search for home, her own identity, and a hopeful future.

Join us for Veera Hiranandani as she reads from The Night Diary, followed by a discussion with the founder of The Culture Tree, Anu Sehgal.

Veera Hiranandani is the award-winning author of several books for young people. Her most recent middle-grade novel, How to Find What You're Not Looking For, received the 2022 Sydney Taylor Book Award, the 2022 Jane Addams Book Award, and was a finalist for the 2022 National Jewish Book Award. It was also named a Best Children's Book of the Year by Amazon, Kirkus Reviews, Bank Street College, and Brightly. The Newbery Honor-winning, The Night Diary, also received the 2019 Walter Dean Myers Honor Award, the 2018 Malka Penn Award for Human Rights in Children's Literature, and several other honors and state reading list awards. Her first novel for young readers, The Whole Story of Half a Girl, was named a Sydney Taylor Notable Book and was a South Asia Book Award Highly Commended selection. She's also the author of the chapter book series, Phoebe G. Green. She earned her MFA in fiction writing at Sarah Lawrence College. A former book editor at Simon & Schuster, she now teaches creative writing at Sarah Lawrence College's Writing Institute and is working on her next novel.

Anu Sehgal is the Founder of The Culture Tree. She lives in New York with her husband and her two sons. She is a marketer by profession. She holds an MBA from Yale University and has worked in the corporate sector for almost 15 years. Anu grew up in India and is a native Hindi speaker. She is an active parent and believes awareness of one’s heritage, culture, and language is key for children to become self-aware and confident individuals. Anu founded her company, The Culture Tree, five years ago with a desire to fill a vacuum for quality and educational South Asian events and classes all over the US. Her company continues to grow and expand.

The Culture Tree provides South Asian themed educational and cultural programs that enrich the lives of children and their families and promotes a deeper connection with their roots and the world around them. They partner with museums, galleries, schools, and libraries to implement classes and programming.  Programs include celebrations of key festivals and events, puppet shows, bilingual storytime, mindful eating, mindfulness, and language classes in key South Asian languages.