Mahsa Vahdat: My Voice Is My Home | Asia Society Skip to main content

Mahsa Vahdat: My Voice Is My Home 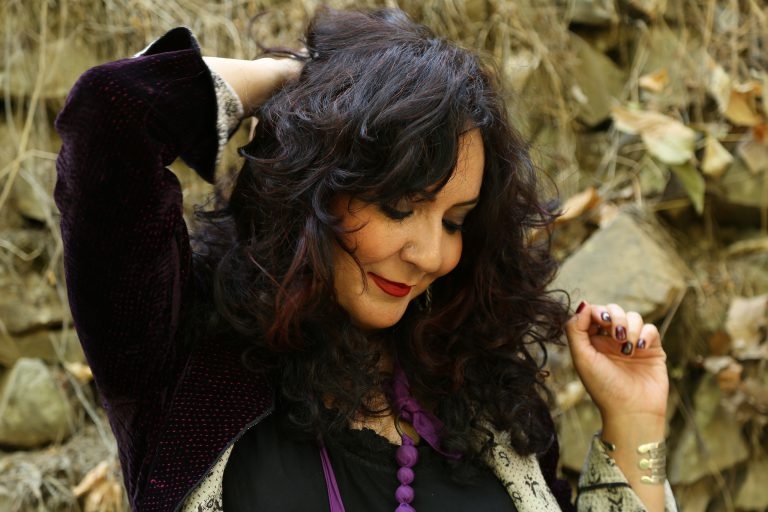 Iranian singer Mahsa Vahdat interprets Persian poetry—old and new—through her exquisite voice. Accompanying her on stage are harpist Bridget Kibbey and percussionist Shane Shanahan. Prior to the performance, writer and translator Zara Houshmand will give a talk to contextualize the poetry.

Mahsa Vahdat is an award-winning Iranian singer, composer and cultural activist dedicated to both her personal lifelong musical and artistic path and the greater cause of freedom of expression. Her artistic work has offered audiences around the globe a deeper appreciation of Iranian poetry and music.

Born in 1973 in Tehran, she received her B.A. in Music from the Tehran University of Arts and learned Persian traditional music with different masters. Since 1995 she has performed as an independent singer and musician in many concerts and festivals in the world. She has also appeared on stage with her sister Marjan Vahdat in many concerts. Mahsa Vahdat has developed a highly personal style of performance, rooted in Persian classical and regional vocal music traditions and infused with contemporary  and innovative expressions and influences. Her many performance and recording projects include collaborations with many of the world's most acclaimed musicians including Mighty Sam McClain, Kronos Quartet, Tord Gustavson, Teatr Zar, SKRUK Choir, Kitka, and countless others. Through creative dialogues with her collaborators, and explorations as an unaccompanied soloist, she has developed a diverse, unique, and wide-ranging repertoire.

Following her participation in the album Lullabies from the Axis of Evil (2004), Mahsa started a long lasting collaboration with the Norwegian record label Kirkelig Kulturverksted (KKV). This collaboration led to a worldwide release of a series of award wining and critically acclaimed records.

Without being visible in her own society because of restrictions of female solo voice after Islamic Revolution in 1979 in Iran, she and her sister Marjan Vahdat have continuous contact with a large audience who appreciates their art, both in Iran and abroad.

For Mahsa, artistic practice, creative freedom, and humanitarian principles are closely intertwined. She is an extremely effective cultural worker who utilizes the emotive power of her voice to raise awareness of suffering and injustice in the world, while simultaneously delivering messages of hope, and positive change.

Harpist Bridget Kibbey “…makes it seems as though the instrument had been waiting all its life to explode with the energetic figures and gorgeous colors she was getting from it” —The New York Times.

Called the “Yo-Yo Ma of the harp,” by Vogue Senior Editor Corey Seymour, Bridget Kibbey made her NPR Tiny Desk Debut last season. She is a winner of a prestigious Avery Fisher Career Grant, a Salon de Virtuosi SONY Recording Grant, an artist with the Chamber Music Society of Lincoln Center, and winner of Premiere Prix at the Journées de les Harpes Competition in Arles, France. Kibbey has fast gained a reputation for her diverse, energetic programming that spans the baroque, French Masterworks, and rhythmic migration in South America.

Upcoming highlights include: Multiple tours of her own adaptations of J.S. Bach’s keyboard concerti alongside the Dover Quartet in the US and Canada, various solo recitals around the United States. She premieres a new harp concerto with four American Orchestras—written by composer João Luiz Rezende—exploring the evolution of Brazilian popular dance forms on the harp. Starting with the Orlando Philharmonic last season, she finishes with A Far Cry at Boston's Jordan Hall in spring 2022. Kibbey returns to the Chamber Music Society of Lincoln Center in Alice Tully Hall, as well as touring Bach to Brazil, a program showcasing and celebrating Nuevo Latino voices on the harp alongside Latin Grammy-winning percussionist Samuel Torres and clarinetist Louis Arques.

Kibbey has toured and recorded with luminaries Placido Domingo, Dawn Upshaw, and Gustavo Santaollalo for SONY Records and Deutsche Grammaphon; and, her own debut album, Love is Come Again, was named one of the Top Ten Releases by Time Out New York.

Shane Shanahan is a percussionist, composer, and arranger who has combined his studies of drumming traditions from around the world with his background in jazz, rock, and Western art music to create a unique, highly sought after style. He is one of Silkroad’s inaugural co-artistic directors, and has performed with Bobby McFerrin, James Taylor, Aretha Franklin, Philip Glass, Alison Krauss, Chaka Khan, and Deep Purple, among others, and has appeared at the White House, playing for President and First Lady Obama. He frequently hosts workshops and clinics at the world’s leading universities and museums and collaborates actively with the dance, theater, and yoga communities in the New York area, including several stints on Broadway

Zara Houshmand is an Iranian American writer whose work bridges cultural divides and includes poetry, theatre, memoir, and literary translation. She was a pioneer in the use of virtual reality as an art form, and her installation Beyond Manzanar (with Tamiko Thiel), has been exhibited widely around the world. Her early work in theater led to award-winning translations of Bijan Mofid’s plays, and her own plays have been produced in Los Angeles and San Francisco. She worked with the Mind & Life Institute for two decades on books representing the Dalai Lama’s dialogues with Western scientists. Her collaborative writing includes A Mirror Garden, co-authored with Monir Farmanfarmaian (Knopf, 2007) and Running Toward Mystery, with the Venerable Tenzin Priyadarshi (Random House, 2020). Her most recent book is Moon and Sun (2020), a bilingual edition of her translations of Rumi’s rubaiyat.