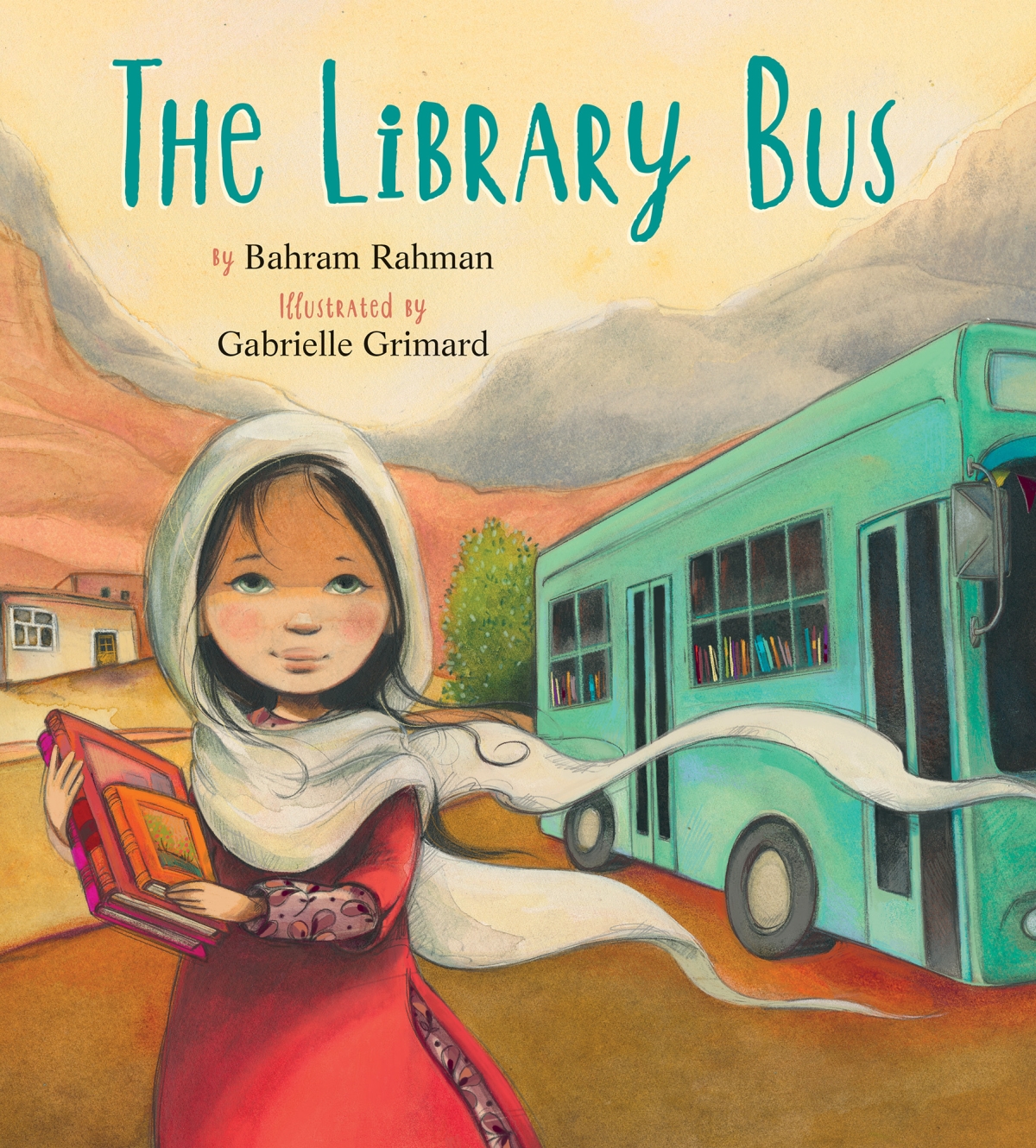 Inspired by Kabul, Afghanistan’s first library bus and colored by family memories, The Library Bus is a touching snapshot of one innovative way girls received education in a country disrupted by war. It is still dark in Kabul, Afghanistan when the library bus rumbles out of the city. There are no bus seats - instead, there are chairs and tables and shelves of books. And there are no passengers - instead, there is Pari, who is nervously starting her first day as Mama’s library helper. Pari stands tall to hand out notebooks and pencils at the villages and the refugee camp, but she feels intimidated. The girls they visit are learning to write English from Mama. Pari can’t even read or write in Farsi yet. But next year she will go to school and learn all there is to know. And she is so lucky. Not long ago, Mama tells her, girls were not allowed to read at all.

Bahram Rahman was born in Kabul, Afghanistan, and grew up during the civil war and the Taliban regime. He earned a medical degree at Kabul Medical University and a master’s degree in public policy at the University of Erfurt, Germany, while also working as an activist in Afghanistan in the areas of gender equality and youth political participation. Bahram came to Canada as a refugee in 2012, and today he is a senior policy advisor at the Ministry of Health in Ontario. His first picture book, Governor General’s Literary Award finalist The Library Bus, was praised by the New York Times for documenting the barriers to education experienced by girls in war-torn countries and their resilience and ingenuity in overcoming them. His Fall 2021 picture book A Sky-Blue Bench has received a starred review from Kirkus Reviews, which calls it “a timely, eye-opening portrait of resilience, community, and hope.”