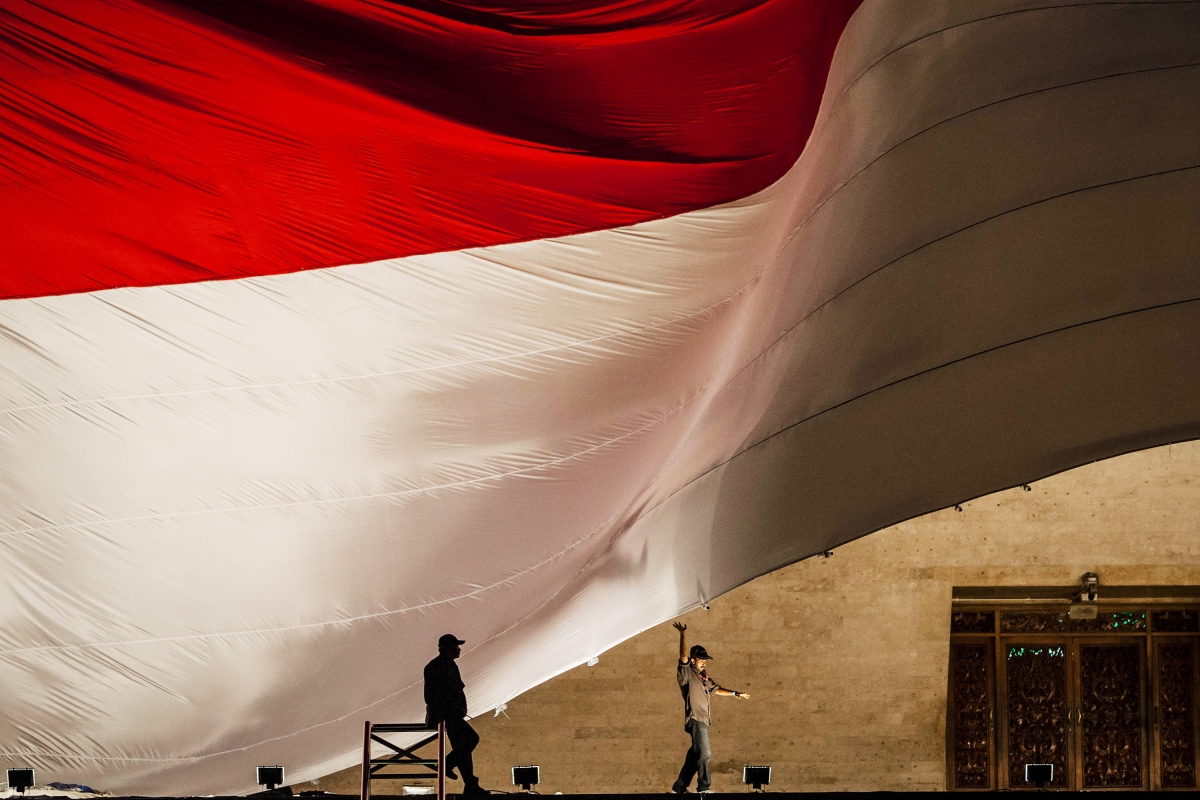 The National Museum of Indonesia during the people celebration known as 'Pesta Rakyat' (ULET IFANSASTI/Getty Images).

Can’t make it to this program? Tune in Wednesday, May 1, at 8:30 a.m. New York time for a free live video webcast. #AsiaSocietyLIVEAsiaSociety.org/Live

While official results of the elections will be announced on May 22nd, President Joko Widodo (widely known as Jokowi) has declared victory over his challenger Prabowo Subianto. Private polling has President Jokowi successfully defending his incumbency with 55% of the vote, and though the election commission is still receiving ballots--and it is worth noting that Prabowo is also claiming victory--the results so far are consistent with the unofficial results.

In the meantime, join us for a discussion on the country’s general elections, what to expect from Jokowi’s second term and what the future holds for the country, its economy, and the Indo-Pacific region. Robert Hefner, Professor of Anthropology at Boston University, Ambassador Cameron Hume, Chairman of the American Indonesian Chamber of Commerce’s Executive Committee, and the Hon. Mari Pangestu, former Minister of Trade of Indonesia, will be in conversation with Ann Marie Murphy, Professor at Seton Hall University, with opening remarks by Wayne Forrest, President of the American Indonesian Chamber of Commerce.

Dr. Robert Hefner is Professor of Global Affairs and Anthropology at the Pardee School for Global Affairs at Boston University. He has edited or authored multiple books and major policy reports for government and private policy centers, and is currently producing films on religious pluralism and democracy in Indonesia.

The Hon. Mari Elka Pangestu (via video) is a member of McLarty Associates’ Board of Counselors, based in Jakarta, Indonesia. From 2004 to 2011, she served as Indonesia’s Minister of Trade, and in 2011, she was named Indonesia’s first Minister of Tourism and Creative Economy.

Dr. Ann Marie Murphy (moderator) is Professor and Director of the Center for Emerging Powers and Transnational Trends, at Seton Hall's School of Diplomacy and International Relations, and Senior Research Scholar at the Weatherhead East Asian Institute at Columbia University. Dr. Murphy is currently completing a book on the impact of democracy on Indonesian foreign policy.

This program is made possible through the generous support of the Nicholas and Sheila Platt Endowment for Public Policy and the American Indonesian Chamber of Commerce.