India and the United States: Partners in Progress [SOLD OUT] | Asia Society Skip to main content

India and the United States: Partners in Progress [SOLD OUT]

Watch all the panel discussions in the video playlist above. 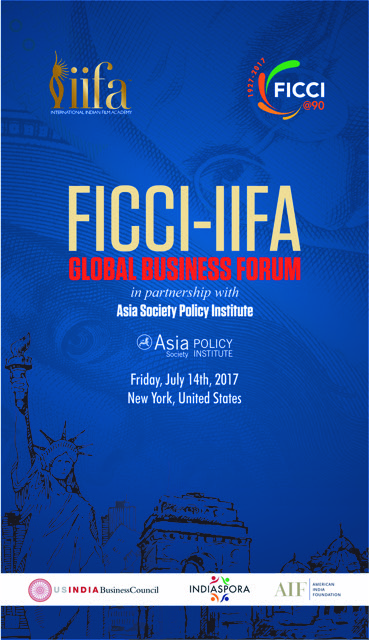 The Federation of Indian Chambers of Commerce and Industry (FICCI) and the International Indian Film Academy (IIFA), in partnership with the Asia Society Policy Institute (ASPI), are organizing the 2017 FICCI-IIFA Global Business Forum on the sidelines of the IIFA Weekend and Awards on July 14th, 2017 in New York. This annual forum has been convened in cities across the world since 2005 and is focused on strengthening business ties between India and its significant trade and investment partners.

The day-long 2017 Global Business Forum will be centered on the theme “India and United States: Partners in Progress,” and will feature discussions on India-U.S. commercial relations, particularly cooperation in sectors such as defense, manufacturing, healthcare, media, and entertainment. The forum will draw participation from some of the most prominent personalities of Indian and American industry. It will bring together business leaders, policymakers, and dignitaries from India and United States on a common platform to discuss opportunities for collaboration.

Can’t make it to this program? Tune in July 14, at 9:00 a.m. New York time for a free live video webcast.AsiaSociety.org/Live

UPDATE: THIS EVENT IS SOLD OUT! TUNE IN FOR THE LIVE STREAM.

Panel Discussion on Innovation and Entrepreneurship:

Panel Discussion on Media and Entertainment: