How Should the U.S. Approach China? Policy Recommendations for a New Administration | Asia Society Skip to main content

How Should the U.S. Approach China? Policy Recommendations for a New Administration

With a new administration in the White House, maintaining what is perhaps the country’s most crucial bilateral relationship remains a critical issue. Members of a high-level Task Force on U.S.-China Policy, organized by Asia Society’s Center on U.S.-China Relations and the University of California San Diego’s 21st Century China Center, will discuss their expert recommendations for the Trump administration.

8:30 am Registration and Breakfast

Can’t make it to this program? Tune in Wednesday, February 8, at 9:00a.m. New York time for a free live video webcast. Viewers are encouraged to submit questions to moderator@asiasociety.org or via Twitter by using the hashtag #AsiaSocietyLIVE.AsiaSociety.org/Live

The Task Force comprises a group of 20 prominent China specialists that include former U.S. government officials, scholars, and think tank researchers, many of whom served under both political parties and every U.S. president since the Nixon administration. The goal has been to reflect on how the U.S.-China relationship has evolved and to draft a set of recommendations for the incoming presidential administration on how the United States can best advance U.S. interests given the current political climate. We hope this report can provide the starting point for a public conversation on these vitally important questions.

The report will be published and available on the Asia Society website February 7, 2017.

Charlene Barshefsky is Senior International Partner at WilmerHale. She joined the firm after serving as the U.S. Trade Representative—the chief trade negotiator and principal trade policymaker for the United States—from 1997 to 2001, and acting as deputy USTR from 1993 to 1996. As the USTR and a member of the President's Cabinet, she was responsible for the negotiation of hundreds of complex market access, regulatory and investment agreements with virtually every major country in the world. She is best known internationally as the architect and chief negotiator of China's historic WTO agreement, as well as global agreements in financial services, telecommunications, intellectual property rights, high-technology products and cyberspace.

Elizabeth C. Economy is the C.V. Starr Senior Fellow and Director for Asia Studies at the Council on Foreign Relations. Dr. Economy has published widely on both Chinese domestic and foreign policy. Her most recent book, with Michael Levi, is By All Means Necessary: How China's Resource Quest is Changing the World. She is the author of The River Runs Black: The Environmental Challenge to China's Future, which won the 2005 International Convention on Asia Scholars Award for the best social sciences book published on Asia, and was listed as one of the top ten books of 2004 by the Globalist. Dr. Economy received her AM from Stanford University, and her PhD from the University of Michigan. 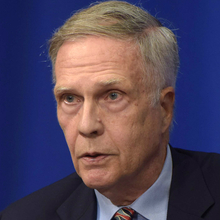 Winston Lord was U.S. Ambassador to China 1985-89 under President Reagan. He served as Assistant Secretary of State for East Asian and Pacific Affairs 1993-97 under President Clinton. In the 1970s he was Special Assistant to National Security Advisor Kissinger and then Director of the State Department Policy Planning Staff. During this period he was on every China trip and attended every meeting that Presidents Nixon and Ford and Dr. Kissinger had with Mao, Zhou, and Deng, and was one of two American drafters of the Shanghai Communique. Outside of government his service has included President of the Council on Foreign Relations, Co-Chairman of the International Rescue Committee, and Chairman of the National Endowment for Democracy.

Susan L. Shirk is Chair of the 21st Century China Center and Research Professor at UC San Diego School of Global Policy and Strategy. She previously served as Deputy Assistant Secretary of State (1997-2000) where she was responsible for US policy toward China, Taiwan, Hong Kong, and Mongolia. She founded and continues to lead the Northeast Asia Cooperation Dialogue, an unofficial forum for discussions of security issues. Her book China: Fragile Superpower helped frame the policy debate on China policy in the US and other countries. Her most recent book Changing Media, Changing China was published in 2010 by Oxford University Press. 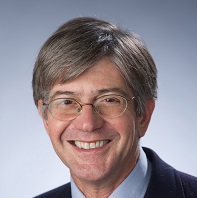 James B. Steinberg is University Professor of social science, international affairs, and law; and former dean of the Maxwell School at Syracuse University from July 2011 until June 2016. Prior to that, he served as Deputy Secretary of State, serving as the principal Deputy to Secretary Clinton. From 2005-2008 Steinberg was dean of the Lyndon B. Johnson School of Public Affairs. From 2001 to 2005, he was vice president and director of Foreign Policy Studies at the Brookings Institution, where he supervised a wide-ranging research program on US foreign policy. Steinberg’s most recent book is Strategic Reassurance and Resolve: US-China Relations in the 21st Century with Michael O’Hanlon (Princeton University Press, 2014).

Thomas J. Christensen, William P. Boswell Professor of World Politics of Peace and War and Director of the China and World program at Princeton University

James B. Steinberg, University Professor of Social Science, International Affairs, and Law and former Dean of the Maxwell School at Syracuse University

Task Force co-authors endorse the overall findings of the report, with individual dissents included at the end of the report. They participate in their individual, not institutional, capacities.