'The House of Yan': One Woman's Odyssey in China | Asia Society Skip to main content

'The House of Yan': One Woman's Odyssey in China

From Labor Camps to the Top Echelons of Business 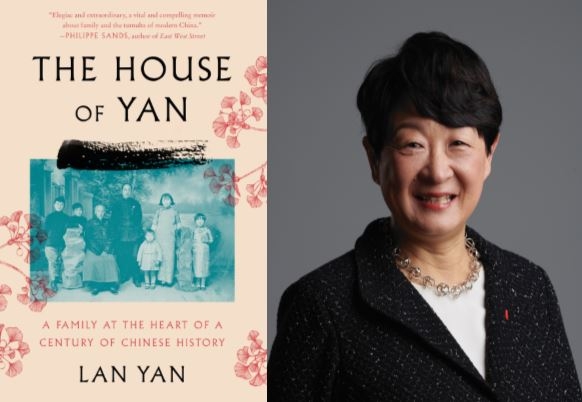 Can’t make it to this program? Tune in Monday, January 27, at 6:30 p.m. New York time for a free live video webcast. #AsiaSocietyLIVEAsiaSociety.org/Live

Lan Yan was born into China’s elite during the era of Mao Zedong. Her grandfather was a member of the Communist Party of China; her father was Mao Zedong’s personal Russian translator. But the Cultural Revolution changed everything. At the age of ten, she witnessed the Red Guards arrest her grandfather, accuse her father of spying for the Soviet Union, and brand her mother a counterrevolutionary. She was sent with her mother to a “reeducation camp” for five years. Yan recounts her incredible story in The House of Yan, from a childhood among the Chinese elite, to telling life as a  “counterrevolutionary” at a labor camp, and ultimately a highly successful business leader in the “new China”. Join us to hear Yan’s story, on the eve of the publication of her memoir.  Lan Yan will be in conversation with Bianna Golodryga.

The program will be followed by a book signing

Lan Yan is the Vice Chairman of Lazard Investment Banking, Chairman and CEO of Lazard Greater China. She leads the Lazard Greater China team in cooperation with the Lazard global network in advising cross-border M&A transactions. Before this, Yan worked for 20 years as a lawyer in France. She became the first woman partner at the Gide Loyrette Nouei before returning to Beijing to take charge of the Beijing Office.  In 2017, Yan published her first book Chez les Yan, which was honored with the Prix Simone Veil. The English translation, The House of Yan, will be published in January 2020.

Bianna Golodryga is a journalist, on-air correspondent, and a Senior Global Affairs Analyst at CNN. She was a co-host of “CBS This Morning”, a News and Finance anchor at Yahoo, and the co-anchor of ABC’s “Good Morning America” weekend edition. She began her television career in 2001 as a bureau producer from the New York Stock Exchange for CNBC. She was born in Moldova, in the former Soviet Union.