The Half Known Life: A Book Launch with Pico Iyer | Asia Society Skip to main content

In conversation with Elaine Pagels 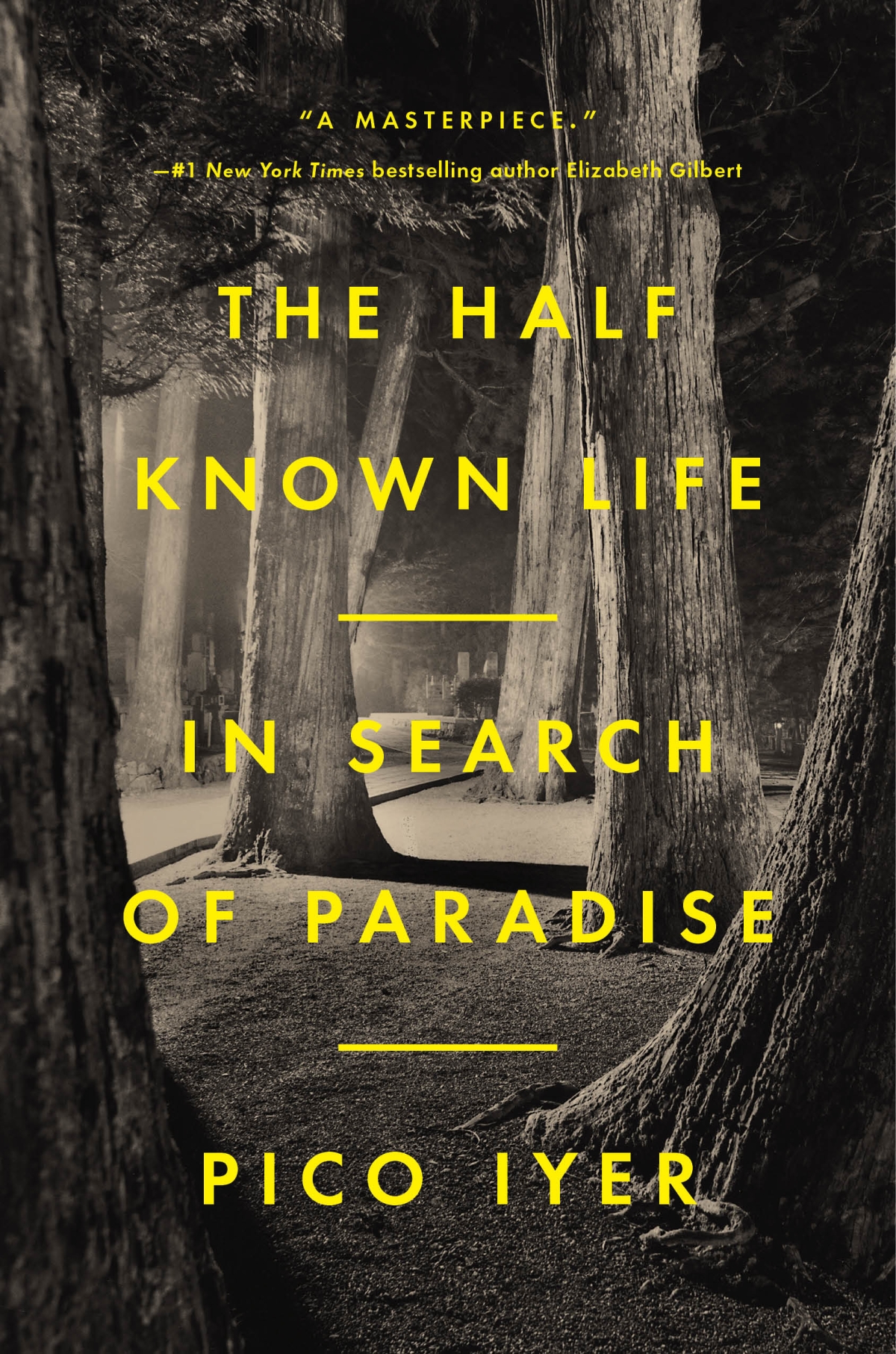 The renowned Pico Iyer has been celebrated as “one of the most soulful and perceptive writers of our time” (Brain Pickings) and “a secularist with a searcher’s heart” (LitHub). With books translated into twenty-three languages, TED Talks enjoying more than eleven million views, and a storied career as a longtime essayist for Time Magazine, The New York Times, and many other outlets, Iyer may be the greatest cross-cultural observer of our modern age. Once heralded as “arguably our greatest living travel writer” (Outside), his work has deepened enormously across the decades to encompass introspection, philosophy, and spiritual inquiry. In 2019, The New Yorker wrote of his “erudite essays on literature, and his wise, restrained accounts of his Buddhist-inflected striving for stillness and contentment,” while noting that “memoir is an equally exquisite aspect of his oeuvre.” The Los Angeles Times commended his “exquisite personal blend of philosophy and engagement, inner quiet and worldly life.”

It comes as no surprise that Iyer’s work has taken a turn inward: he was raised by renowned Oxford philosophers and scholars of religion; his mother knew Gandhi, and his father first met the young Dalai Lama in 1960 and took his son up to meet His Holiness when Iyer was seventeen. Iyer has since served as the Dalai Lama’s biographer, traveling with him across Japan ten times and leading public conversations with him everywhere from Jaipur to New York City. For half a century now, Iyer has traveled the globe and observed people grappling with the most foundational questions of existence: how to find happiness; how to connect with something true; what constitutes a meaningful or useful life. Out of his remarkably original journey comes his forthcoming book: The Half Known Life

In this culminating work, Iyer brings his warmth, curiosity, and lifetime of exploration to examine ideas of paradise across the planet, of inner and outer peace, and how different cultures and peoples formulate their own versions of happiness. It’s at once a fresh, intimate, and unusual guided tour of the human soul featuring vivid reportage from his encounters with locals in North Korea, dissidents in Iran, monks in the Himalayas; his journeys to the embattled buddhas of Sri Lanka, a mountain full of temples in Japan, and the banks of the Ganges. Iyer weaves these disparate cultural encounters together to create a rich inquiry into what might bring humankind together in an age of intensifying anger and division. Why do so many seeming paradises turn into warzones? Does paradise exist only in the afterworld – or can it be found in the here and now? How can any of us find peace in our daily lives, with so much that is unknown? And most of all, in a time and on a planet that is ever more at odds, how can we find hope and something to bring us together?

Pico Iyer is the author of 16 books of fiction and non-fiction, translated into 23 languages, on subjects ranging from the Cuban revolution and the XIVth Dalai Lama to Islamic mysticism and the art of stillness. His four talks for TED have received more than 11 million views so far.  His most recent book, The Half Known Life,  explores the idea of paradise as it comes to us in often difficult places, from Iran and North Korea to Jerusalem, Kashmir, Ladakh and Varanasi.

Elaine Pagels, a historian of religion, is the Harrington Spear Paine Professor at Princeton University and an Aspen Institute Trustee. Pagels joined the Princeton faculty in 1982, shortly after receiving a MacArthur Fellowship. Perhaps best known as the author of “The Gnostic Gospels,” “The Origin of Satan,” and “Adam, Eve and the Serpent,” she has published widely on Gnosticism and early Christianity, and continues to pursue research interests on topics that include sexuality and politics, visions, and the origins of Christian anti-semitism. Her most recent books include “Beyond Belief: The Secret Gospel of Thomas” (was on The New York Times best-seller list) and “Revelations: Visions, Prophecy, and Politics in the Book of Revelation” (2012). Her most recent book is departure from the others. One in which she tells her own story, and why she loves investigating the history of religion: it’s called “Why Religion? A Personal Story.”