Exchange Across Borders: The Beijing Music Festival at 25 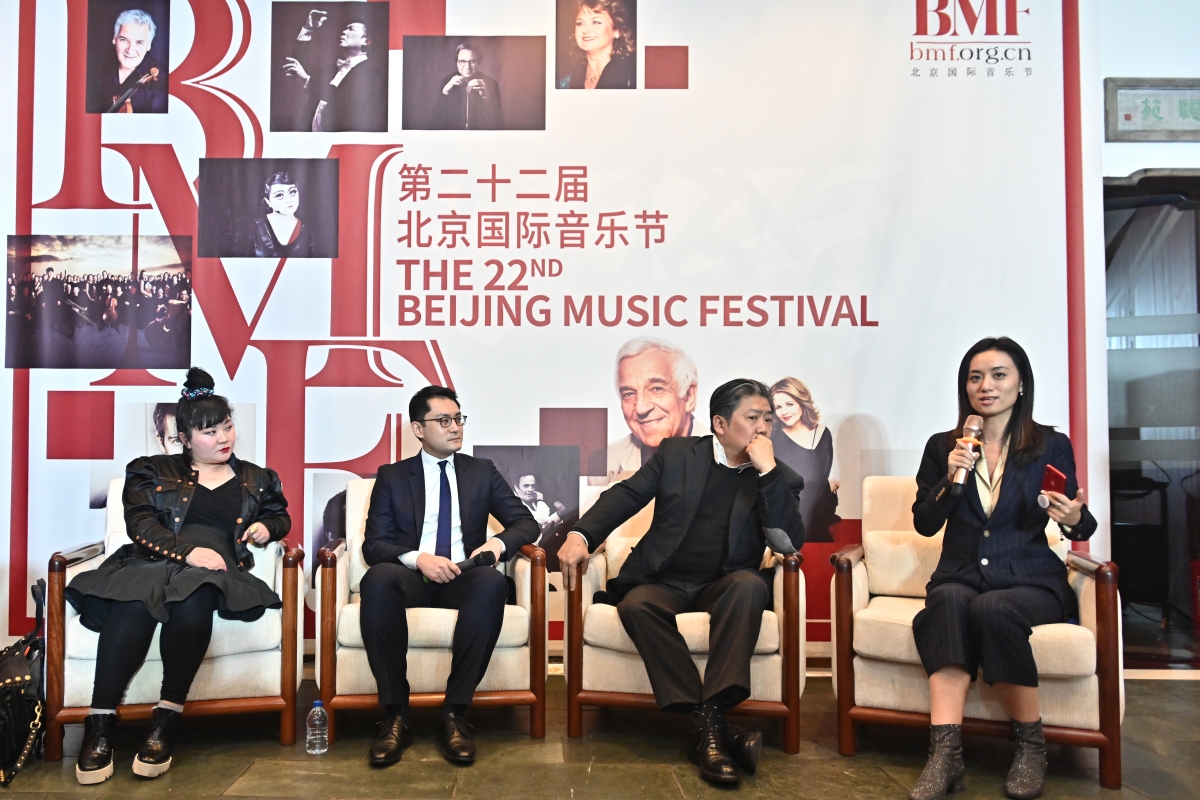 Exchange Across Borders: the Beijing Music Festival at 25

October 2022 marks the 25th anniversary of the Beijing Music Festival, an annual three-week event that has secured China’s eminence in the classical music world in the 21st century. Since its founding by Maestro Long Yu, the BMF has hosted top-tier ensembles, presented new and old operas (including China’s first Ring Cycle), shepherded co-commissions from China’s finest and international masters Philip Glass and Krzysztof Penderecki, and created community and outreach programs far and wide. Music critic Ken Smith discusses the impact of the festival’s quarter-century of continuous international artistic exchange with Jamie Bernstein, Du Yun and Zhou Long, all of whom have graced the festival’s stage multiple times. Shuang Zou, current Artistic Director of the BMF, will join the discussion online, and BMF 2019 Artist of the Year Zhou Tian will introduce his String Quartet No. 2 and Rhyme for solo cello, performed live by the Jasper Quartet.

Jamie Bernstein is an author, speaker, and filmmaker. In addition to writing many articles and concert narrations, she has traveled extensively, speaking about music, in particular about the works and life of her father, Leonard Bernstein. Her film documentary, “Crescendo: The Power of Music,” has won numerous prizes and is now viewable on iTunes. Her memoir, Famous Father Girl, was published by HarperCollins in June 2018 and released in paperback in June 2019. More about her multifaceted life can be found on her website: jamiebernstein.net.

Du Yun, born in Shanghai and currently based in New York City,  works at the intersection of opera, theatre, cabaret, electronica, oral tradition and public performance, her musical compositions cited for their “relentless originality and unflinching social conscience” (The New Yorker) and her onstage persona as “an indie pop diva with an avant-garde edge” (The New York Times). She was awarded the Beijing music Festival’s Artist of the Year in 2019, when the festival presented her Pulitzer Prize-winning opera Angel’s Bone. A former Guggenheim Fellow, she has been honored by the Asia Society Hong Kong, the Fromm Foundation and the American Academy in Berlin

Zhou Long became the first Chinese-born composer to win the Pulitzer Prize in 2011 for Music with his first opera Madame White Snake, co-commissioned by the Beijing Music Festival and Opera Boston. Following his graduation from China’s Central Conservatory of Music in 1983, the Beijing-born Zhou was appointed composer-in-residence with the China Broadcasting Symphony. In 1985, he traveled to the United States on a fellowship to attend New York’s Columbia University, where he received his Doctor of Musical Arts degree in 1993. Dr. Zhou is currently Bonfils Distinguished Professor of Composition at the University of Missouri-Kansas City Conservatory.

Zhou Tian who is a Hongzhou-born, Michigan-based composer. He seamlessly mixes cultures in his works which have been performed both in the United States and abroad. Concerto for Orchestra (written for the Cincinnati Symphony) was nominated for a 2018 Grammy Award, and his large-scale suite The Grand Canal, was televised nationally during the 60th anniversary celebrations for the People’s Republic of China.

Since her 2018 appointment as Artistic Director of the Beijing Music Festival, Shuang Zou has launched a new wave of multi-disciplinary works rooted in classical music. Upcoming BMF co-productions include a three-year partnership with Paris’s Opéra Comique. A graduate of the London School of Economics and London Film School, her own directorial work includes Songs of Nature that opened the 2021 Klara Festival, the site-specific opera Orfeo and music-theatre piece Die Winterreise for the BMF. In 2019, she was nominated for ClassicalNEXT’s Innovation Award and Best Newcomer at the International Opera Awards the UK.

Journalist and author Ken Smith has written about arts and culture on five continents for a wide range of print, broadcast and internet media. Since 2002 he has divided his time between New York and Hong Kong, where has covered China’s classical music scene for the Financial Times, among others. A winner of the 2020 SOPA Award for arts and culture reporting and the ASCAP/Deems Taylor Award for excellence in music writing, he is a former English language editor for the Hong Kong International Film Festival, a monthly columnist for Opera magazine in Shanghai and a regular arts commentator for RTHK Radio 4.