ChinaFile Presents: The Situation in Xinjiang

Can’t make it to this program? Tune in Monday, Oct. 29, at 6:30 p.m. New York time for a free live video webcast. #AsiaSocietyLIVEAsiaSociety.org/Live

Over the past roughly six months, major international newspapers, scholars, and advocacy organizations have documented a campaign by China’s government to “transform” local ethnic Muslim populations in the far western region of Xinjiang. The campaign, which builds off of long-standing policies of policing and control of the local Uighur population, has escalated dramatically and now include surveillance of unprecedented scope and scale, a program of forced home visits for millions of the region’s Muslim residents, the almost complete prohibition of Islamic religious practice and Uighur cultural activity, and the incarceration of up to a million people in prison camps.

What is the latest reporting on the subject? Why is the campaign happening? How do Chinese officials explain these policies and what they seek to accomplish? And what is the international community doing in response —  especially as it becomes increasingly clear that Beijing’s pressure tactics and threats don’t stop at China’s borders, but are levied against foreign citizens living in other countries?

This event is co-hosted with the U.S.-Asia Law Institute of NYU School of Law.

We are restricting video and photography for this event. Members of the press interested in images or video recording of the event should reach out to pr@asiasociety.org.

James Palmer reveals that the Uighurs detained include his friends and sources:

Gulchehra Hoja is a reporter for Radio Free Asia’s Uighur service. Born in Urumqi, Hoja began her career at Xinjiang TV, later becoming a host for Chinese language programs on CCTV, Hong Kong Hua Yu TV, and Shandong TV. In the late 1990s, she was nationally recognized as a “Class A Anchor” by China’s Radio and TV Bureau. She joined Radio Free Asia in 2001; there she researches and reports on stories related to human rights, social justice, health, economy, education, and agriculture in Xinjiang. She was part of the RFA team that developed the multimedia webpage “Half the Xinjiang Sky,” which received a Gracie Allen Award in 2010.

James Palmer is a senior editor at Foreign Policy. Palmer is the author of The Bloody White Baron: The Extraordinary Story of the Russian Nobleman Who Became the Last Khan of Mongolia and The Death of Mao: The Tangshan Earthquake and the Birth of the New China. He won the Shiva Naipaul prize for travel writing in 2003.

Rian Thum is Associate Professor of History at Loyola University. His research and teaching are generally concerned with the overlap of China and the Muslim World. His book, The Sacred Routes of Uyghur History (Harvard University Press, 2014) was awarded the 2015 Fairbank prize for East Asian history (American Historical Association), the 2015 Francis L.K. Hsu Book Prize (Society for East Asian Anthropology, American Anthropological Association), and the 2015 Central Eurasian Studies Society Book Award. Thum’s current book project, Islamic China, is a re-examination of Chinese Islam that takes full account of the numerous Persian and Arabic sources that Chinese Muslims have used and written. He is currently a Senior Research Fellow at the University of Nottingham.

Jessica Batke is Senior Editor at ChinaFile. Prior to joining ChinaFile in 2017, she served as a research analyst in the U.S. State Department’s Bureau of Intelligence and Research, focusing on China’s domestic social and political issues. She is also a regular contributor to the Hoover Institute’s China Leadership Monitor. 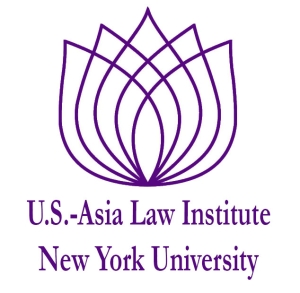