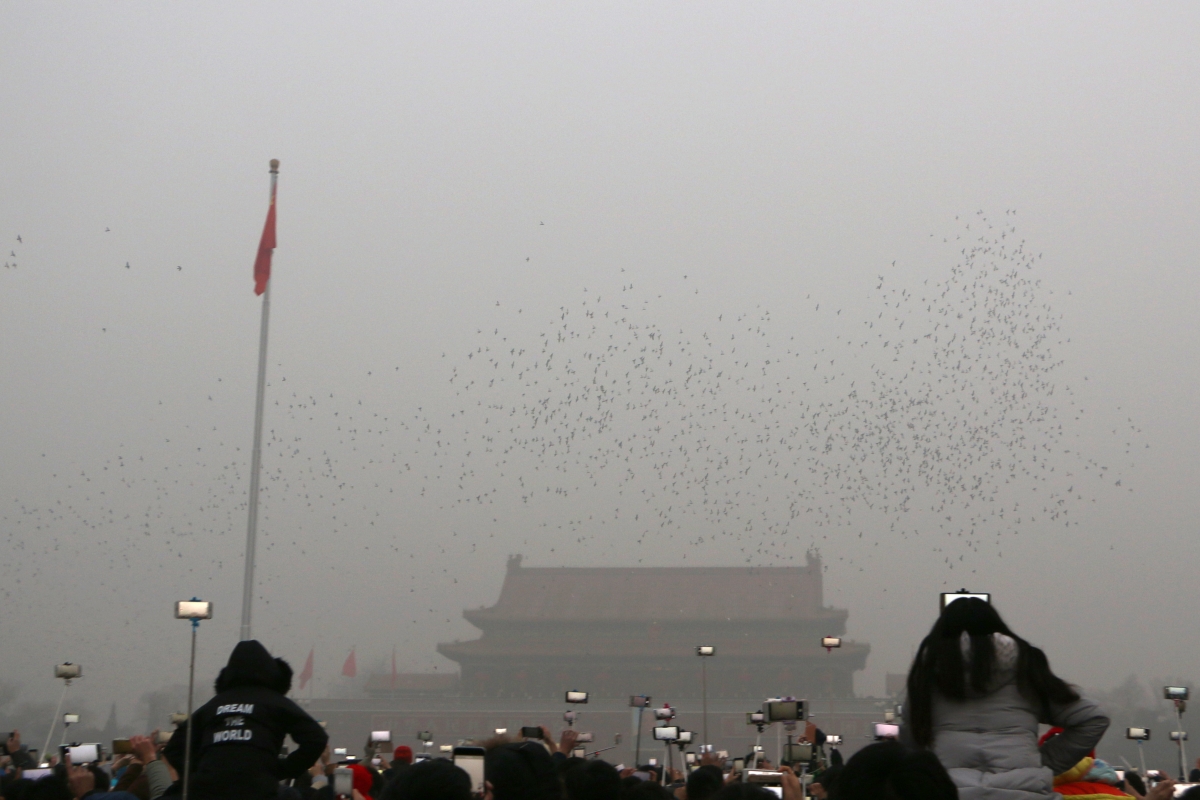 Can't make it to this program? Tune in Monday, June 3, at 6:30 p.m. New York time for a free live video webcast. Viewers are encouraged to submit questions to moderator@asiasociety.org or via Twitter by using the hashtag #AsiaSocietyLIVE.AsiaSociety.org/Live

This June marks the 30th anniversary of one of the most consequential moments in China’s modern history. On the night of June 3-4, China’s leader Deng Xiaoping ordered the Chinese military to clear Tiananmen Square of protesters who had gathered there for most of the spring of 1989 in order to call for political reforms. The soldiers then shot and killed hundreds of unarmed fellow citizens on the streets of Beijing. In the three decades since, China’s leaders have worked hard to expunge the protests and their violent suppression from the historical record, from the collective memory of China’s citizens, and from its centrality in perceptions of Chinese politics elsewhere in the world.

On the evening of June 3rd, ChinaFile, the online magazine of Asia Society’s Center on U.S.-China Relations, will host Nicholas Kristof of The New York Times, author Zha Jianying, and Arthur Ross Director Orville Schell, all of whose lives and work were deeply impacted by the events of 1989. The participants will reflect on the impact such erasures of history have had on Chinese society’s ability to come to terms with its past and on its progress in the future. The discussion will be moderated by ChinaFile’s editor, Susan Jakes.

Orville Schell is the Arthur Ross Director of the Center on U.S.-China Relations at Asia Society. He is a former professor and dean at the University of California, Berkeley Graduate School of Journalism. Schell is the author of 15 books, ten of them about China, and a contributor to numerous edited volumes, including The New Yorker, The Atlantic, The New York Times, The Nation, and The New York Review of Books. His most recent book, with John Delury, is Wealth and Power: China’s Long March to the 21st Century (Random House, 2013). Schell is the recipient of many prizes and fellowships, including a Guggenheim Fellowship, the Overseas Press Club Award, and the Harvard-Stanford Shorenstein Prize in Asian Journalism.

Nicholas D. Kristof is a columnist for The New York Times, a two-time Pulitzer Prize winner, and former Beijing correspondent for the paper. After joining The New York Times in 1984, initially covering economics, he served as a Times correspondent in Los Angeles, Hong Kong, Beijing, and Tokyo. He also covered presidential politics and is the author of the chapter on President George W. Bush in the reference book The Presidents. He later was Associate Managing Editor of the Times. In 1990, Mr. Kristof and his wife, Sheryl WuDunn, then also a Times journalist, won a Pulitzer Prize for their coverage of China’s Tiananmen Square democracy movement. Mr. Kristof won a second Pulitzer in 2006. Mr. Kristof and Ms. WuDunn are authors of China Wakes: The Struggle for the Soul of a Rising Power, Thunder from the East: Portrait of a Rising Asia, and Half the Sky: From Oppression to Opportunity for Women Worldwide.

Zha Jianying is a writer, journalist, and cultural commentator in both English and Chinese. She is the author of two books in English, Tide Players: The Movers and Shakers of a Rising China (named “One of the best books of 2011” by The Economist), and China Pop: How Soap Operas, Tabloids and Bestsellers Are Transforming a Culture (selected by The Village Voice as “One of the 25 Best Books of 1995”), and five books of non-fiction and fiction in Chinese. Her work has appeared widely in publications such as The New Yorker, The New York Times, Dushu, and Wanxiang. A recipient of a Guggenheim Fellowship, she also has been a regular commentator on current events on Chinese television, and works as the China Representative of the India China Institute at The New School in New York. Born and raised in Beijing, educated in China and the U.S., she lives in Beijing and New York.