Azra Raza In Conversation With Siddhartha Mukherjee [SOLD OUT]

The First Cell: And the Human Costs of Pursuing Cancer to the Last 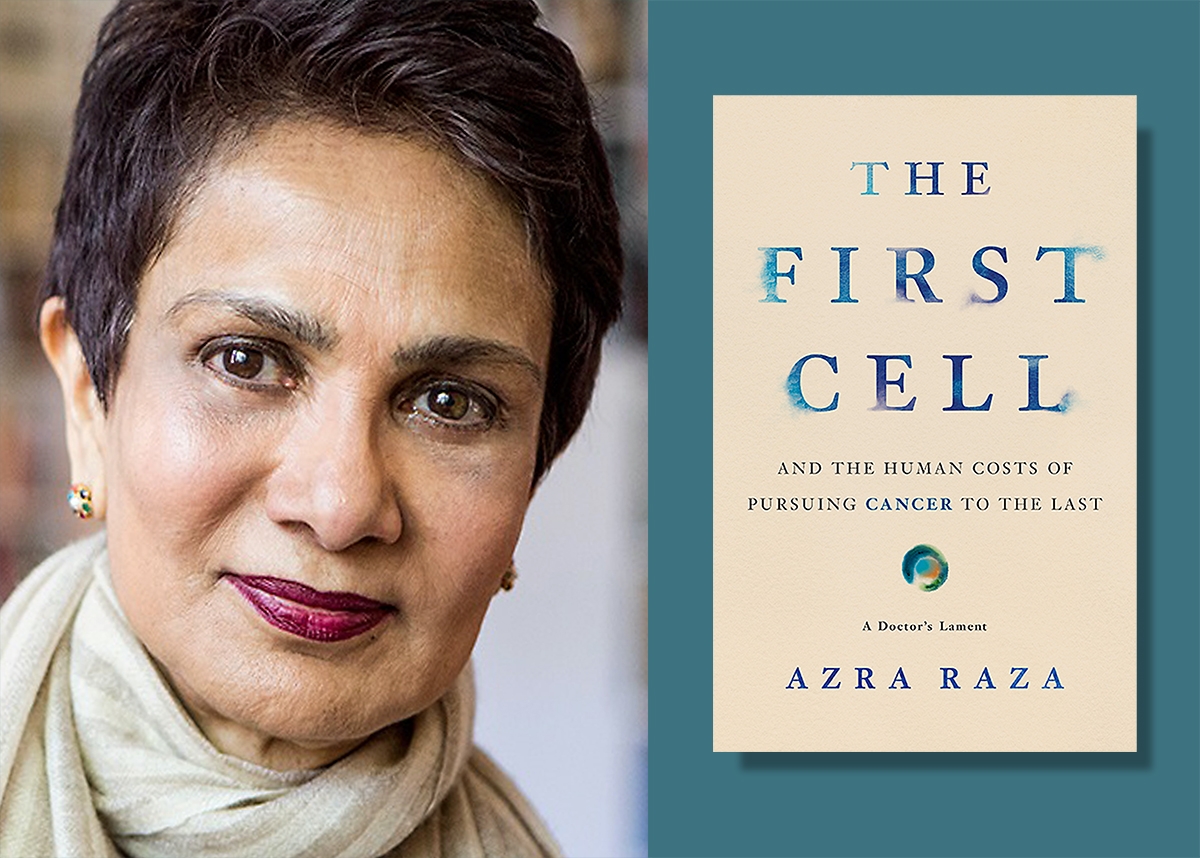 Can’t make it to this program? Tune in Monday, Oct. 21, at 6:30 p.m. New York time for a free live video webcast. #AsiaSocietyLIVEAsiaSociety.org/Live

Why has so little progress been made in diagnosing and treating cancer over the past few decades and how can physicians, researchers, and patients advocate for more effective research and humane treatments? Join us for a conversation with Azra Raza, Columbia University professor of medicine, director of the Myelodysplastic Syndrome (MDS) Center, and author of The First Cell: And the Human Costs of Pursuing Cancer to the Last, and Siddhartha Mukherjee, author of Pulitzer Prize-winning The Emperor of All Maladies: A Biography of Cancer. Followed by a book sale and signing.

Azra Raza is the Chan Soon-Shiong Professor of Medicine and Director of the MDS Center at Columbia University in New York. Previously, she was the Chief of Hematology Oncology and the Gladys Smith Martin Professor of Oncology at the University of Massachusetts. She is considered an international authority on pre-leukemia (MDS) and acute leukemia and is one of those rare physician-scientists who divide their time equally between caring for patients and supervising a state-of-the-art basic research lab which is well-funded by multiple large grants. Dr. Raza has published her original clinical and basic research in high profile journals.

A sought-after speaker in scientific circles and the recipient of numerous awards including The Hope Award in Cancer Research 2012 (shared with the Nobel Laureate Dr. Elizabeth Blackburn), Dr. Raza is a member of the Founder Group designing Breakthrough Developments in Science and Technology with President Bill Clinton and met with Vice President Joe Biden to discuss the Cancer Moonshot initiative at his residence at the Naval Observatory in 2015.

She is a co-editor of www.3quarksdaily.com started by her brother Abbas Raza, with the idea of creating a curated retreat for everything intellectual on the web. In addition to her scientific accomplishments, Dr. Raza is a dedicated reader of Urdu literature and the co-author of Ghalib: Epistemologies of Elegance. Dr. Raza believes that the best way to “tame the savageness of man and make gentle the life of this world” is by promoting and publicizing the achievements of humanity in science, art, and literature. She was married to the late Harvey D. Preisler, Director, Rush University Cancer Center in Chicago and has a daughter Sheherzad Raza Preisler who also lives in Manhattan.

Siddhartha Mukherjee is a pioneering physician, oncologist, and author who has redefined our public discourse on human health, medicine, and science.  A profoundly influential voice in the scientific community, he is best known for his books, The Emperor of All Maladies: A Biography of Cancer, which earned him the 2011 Pulitzer Prize, and The Gene: An Intimate History which won international awards and was recognized by The Washington Post and The New York Times as one of the most influential books of 2016. His published works exhibit an outstanding literary skill that has left an indelible mark on our culture, as The Emperor of All Maladies has been adapted into a documentary by filmmaker Ken Burns, and was included among Time magazine’s 100 best nonfiction books of the past century.

Dr. Mukherjee’s achievements as a writer and educator build upon his career as a renowned medical scholar. His groundbreaking studies into the composition and behavior of cancer cells have pushed the boundaries of modern medicine. His innovative research signals a paradigm shift in cancer pathology and has enabled the development of treatments that reach beyond current pharmaceutical models toward new biological and cellular therapies. Serving as a professor of medicine at Columbia University and as a staff cancer physician at the university’s medical center, Dr. Mukherjee generates hope for countless patients and families around the world, while revolutionizing our blueprint for healing. He writes for the New Yorker, The New York Times Magazine and many other publications, has received numerous awards for his scientific work, has published his original research and opinions in journals such Nature, Cell and the New England Journal of Medicine, and lives in New York City with his wife and daughters.

Click for directions
Buy Tickets
$15 members; $17 students/seniors; $20 nonmembers
20191021T183000 20191021T200000 America/New_York Asia Society: Azra Raza In Conversation With Siddhartha Mukherjee [SOLD OUT] Oncologist and professor of medicine Azra Raza appears in conversation with Siddhartha Mukherjee ("The Emperor of All Maladies") about her book, "The First Cell: And the Human Costs Pursuing Cancer to the Last," forthcoming October 2019.