An American Martyr in Persia: Reza Aslan in Conversation With Jad Abumrad

An American Martyr in Persia: The Epic Life and Tragic Death of Howard Baskerville 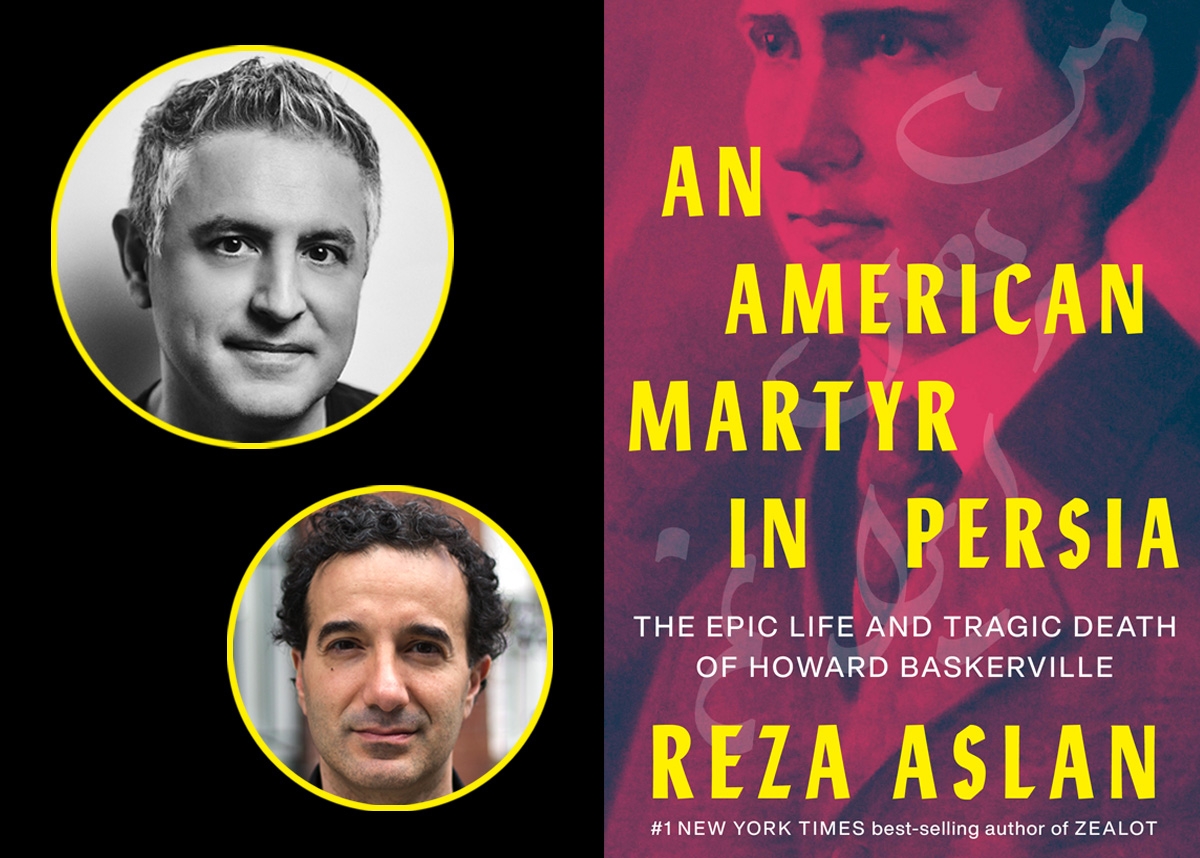 An American Martyr in Persia- Reza Aslan and Jad Abumrad

Author and scholar of religion, Reza Aslan joins radio host Jad Abumrad,  in a conversation about Aslan's latest book An American Martyr in Persia which explores how one person’s actions can have revolutionary consequences that reverberate the world over.

In 1907, Howard Baskerville, a twenty-two-year-old Christian missionary, traveled from South Dakota to Persia (modern-day Iran) for a two-year stint teaching English and preaching the Gospel. Little did he know that it would be political activism and not Christianity, that would define his life and lead to his death as a martyr in a foreign land. Baskerville’s role in the Persian struggle to become an independent and democratic society made him a hero in his adopted country. Back at home in America, however, his story is not well-known, and his legacy is not celebrated.

Award-winning historian and best-selling author Reza Aslan hopes to redress this tragedy by inviting us on Baskerville’s epic journey, from his home in the American Midwest to the ports of London and Paris to the vibrant Persian city of Tabriz, where Baskerville took up residence as a teacher at the American Memorial School. Persia was not immune to the political turmoil happening in other parts of the world at the dawn of the twentieth century—it too had a burgeoning pro-democracy movement with citizens eager to see a constitutional form of government in place of the ruling shah. Baskerville found himself in a unique position. His identity as a Christian missionary, as an American, and as a Princeton University-educated scholar with a Wilsonian worldview inspired him to join the cause of his Persian colleagues and students. Some considered him the “American Lafayette” of Iran; others, as a naïve, reckless, and easily manipulated “white savior” who inserted himself into Persian affairs. Still others in the US government and the Presbyterian Church deemed Baskerville a traitor and threatened him with imprisonment. An American Martyr in Persia highlights the complex and historic ties between America and Iran, and the potential of a single individual to change the course of history.

Reza Aslan is an internationally acclaimed writer, producer, and scholar of religions. He is the author of the #1 New York Times bestseller Zealot, and editor of Tablet & Pen: Literary Landscapes from the Modern Middle East. He lives in Los Angeles, California.

Jad Abumrad is the creator of Radiolab , More Perfect , Dolly Parton’s America  and the Vanishing of Harry Pace, which collectively are downloaded over 120 million times a year.  He's been called a "master of the radio craft" for his unique ability to combine cutting edge sound-design, cinematic storytelling and a personal approach to explaining complex topics, from the stochasticity of tumor cells to the mathematics of morality.  Jad studied creative writing and music composition at Oberlin College in Ohio.  He composed much of the music for Radiolab, and in the past has composed music for film, theater and dance.

Jad has received three Peabody Awards, the highest honor in broadcasting and two DuPont Awards.  And in 2011, he received the prestigious MacArthur "Genius" Fellowship. He’s currently a Distinguished Professor of Research at Vanderbilt University.