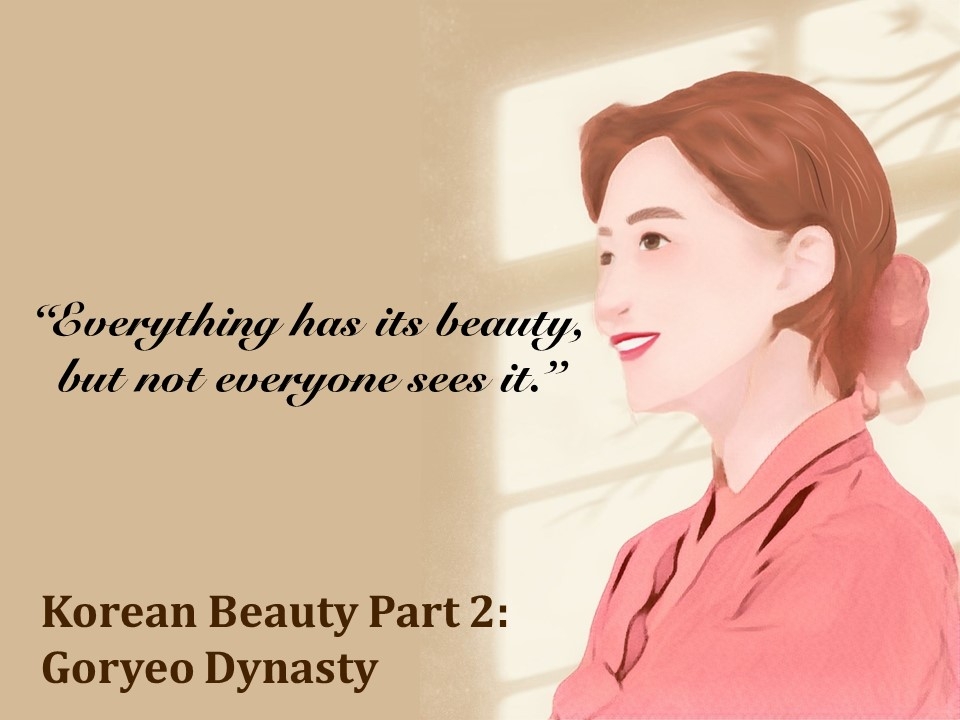 Asia Society Korea’s last blog post focused on the Silla people’s great interest in beauty and their appearances. Today, Asia Society Korea will examine the shift in aesthetics and the social status of women during the Goryeo Dynasty (918 - 1392) as a part of the Leo Gala Series to promote Korean culture and celebrate its beauty beyond the facade.

During the Three Kingdom period (57 BCE - 668 CE), a woman’s beauty was generally defined by her voluptuousness as it was believed to signal fertility like that of Mother Earth. However, in the Goryeo Dynasty, beauty standards increasingly revolved around elegance. 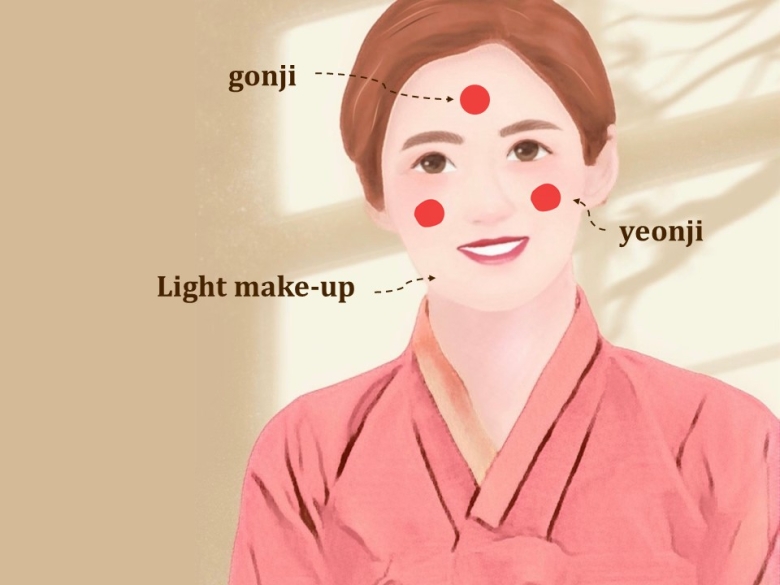 As the principles of beauty shifted, naturally, make-up and methods of embellishment also transformed. At the time, women of the lower class who worked in places such as taverns wore heavy, colorful make-up. This started a rather discriminatory stereotype that bolstered the use of lighter make-up used by women of the ruling class. These women differentiated themselves by only applying thin layers of make-up which led the people of Goryeo to take exceptional amounts of time taking care of their skin in admiration of a clear complexion. It is said that upper-class women used lightly toned peach-color blush and only applied yeonji (연지; 臙脂), red make-up made of safflower, on the lips. However, on special occasions such as weddings, brides wore yeonji on their cheeks and foreheads as well, and the latter was called gonji (곤지). 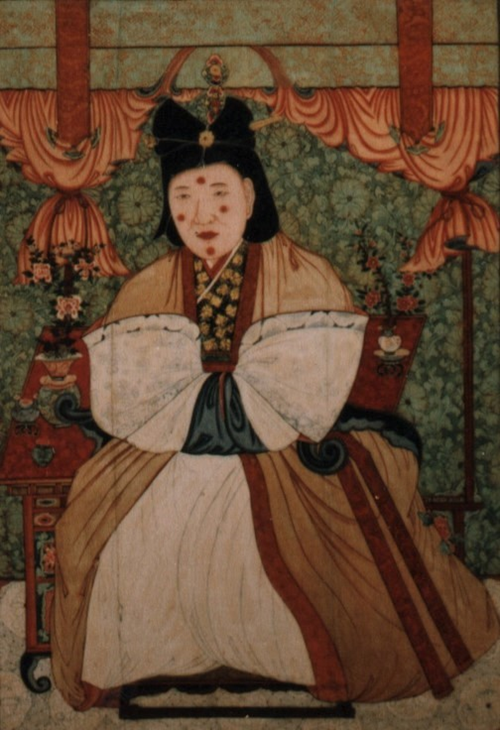 Based on formal portraits, including that of Lady Hayeon, we gain further insights into the beauty trends of the Goryeo Dynasty. A woman’s eyebrows were expected to be thick and arch-shaped. They were also drawn to match the diameter of the eyes. The same color yeonji used on the cheeks, chin, and forehead was used for the lips to create a coherent look. This type of make-up was also observed in portraits of the deceased, in which people were generally drawn when they were well dressed up.

Women of the Goryeo Dynasty were comparatively more independent than those of the Joseon Dynasty (1392 - 1897). Women kept their surnames, were economically independent, allowed to have ownership over property, and all siblings received equal amounts of an inheritance. Furthermore, women were allowed to remarry when their husbands passed away. Women were trusted for taking care of their old parents. As such, men often moved into their spouses’ homes, signaling aspects of a matrilocal society. Children also shared equal responsibilities for rituals after the parents’ death. Although women were excluded from business affairs or governmental roles, within the family, the women of Goryeo were recorded to have been both active and independent members of the household who had their voices heard.

Going with the times, the beauty standards people pursue and the status of women have changed gradually. A common belief which cut across the Silla Dynasty asserted that ‘within a beautiful body rested a beautiful soul.’

In the Goryeo Dynasty, elegance was highlighted as a key feature of beauty. Lighter make-up was used and in line with the trend, more time was invested into people’s skin-care routines in hopes for a clearer skin tone. When it comes to women’s rights, it seems that the Goryeo Dynasty was more open-minded than the Joseon Dynasty, the latter of which was based on Confucianism. In the household, wives and daughters to a large degree held equal status as their male counterparts. Much of this progress for women and girls were lost later in the Joseon Dynasty as the nation promoted the rollback of Goryeo’s liberal policies to restore the Confucian order. For a more nuanced analyses of the aesthetics and the social status of women in the Joseon Dynasty, look no further than our next episode of the Korean Beauty series.