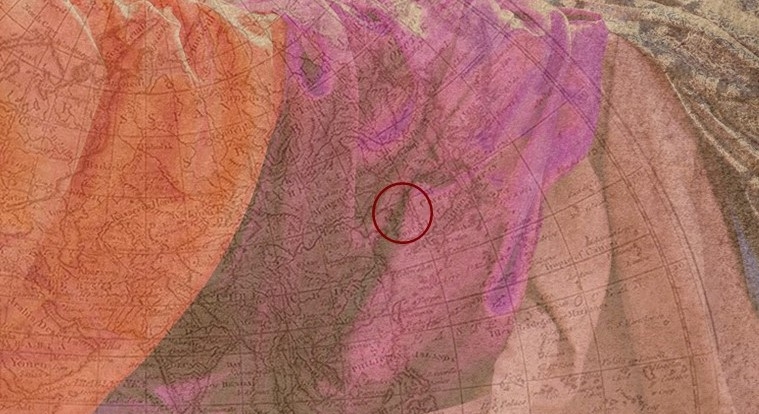 In time for Women’s History Month, Asia Society Korea has prepared a series of blog posts as a part of the Leo Gala Series to promote Korean culture and celebrate its beauty beyond the facade. This anthology will explore the different styles of beauty stretching from the Silla Dynasty (57 BCE – 935 CE) to modern times and the development of feminism in Korea. The first episode of the series will probe the notion of beauty in the Silla Dynasty, a liberal country that flourished with dynamic trade.

The ideology that drove beauty standards in the Silla Dynasty was young-yook-il-chi-sa-sang (영육일치사상; 靈肉一致思想), which states that ‘Within a beautiful body, rests a beautiful soul.’ As important as beauty was to the people of Silla, gold, which was prevalent during that time period, was commonly used to create accessories. The people of Silla were infatuated with make-up, hair styling, and clothes to embellish themselves. Some scholars went as far as to define the era as “flamboyant.” 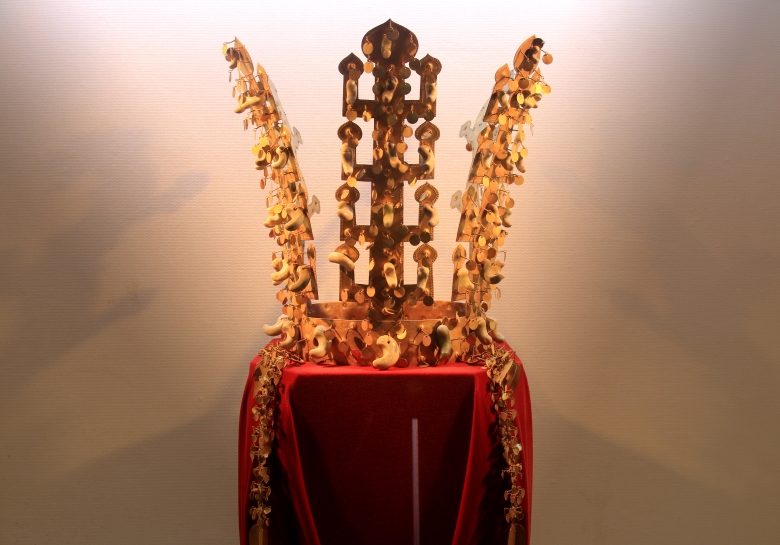 There are references to physical attributes such as attractive appearances and light skin tone which were touted as prerequisites for a good leader. In Samguk yusa (삼국유사; 三國遺事), Memorabilia of the Three Kingdoms, Bak Hyeokgeose, the mythical founder of the dynasty, is born from an egg. This surreal being is portrayed as an overwhelmingly beautiful man with a body that glowed after a bath. It goes on to describe Bak Hyeokgeose’s wife as a glamorous woman with exceptional beauty. This short description corroborates the historical interpretation that make-up, skin care, and hair styling were of paramount cultural significance to Silla and its people across gender lines.

At the inception of the Silla Dynasty, make-up was used rather lightly. Over the years, however, there was a gradual trend toward wearing heavier, more colorful make-up as the vestimentary conventions of the time called for more flair and grandeur. In terms of coloration, yeonji (연지; 臙脂), red make-up made of safflower commonly used on the cheeks or lips, was the most sought after by the people of Silla. Moreover, to achieve and maintain their clean and delicate looks, people often plucked their eyebrows to give their faces both neater shape and the appearance of a larger forehead. Cotton flower, burnt sesame seeds, or ashes of beech and oak trees were mixed with soot, called meemook (미묵; 眉墨) to draw the eyebrows. The finale of these self-aggrandizing techniques included employing setting powder to both smoothen and lighten up the skin tone. In line with this extensive enthusiasm for make-up, Silla saw its capacity to manufacture related goods and commodities advance as well.

With cultural and political importance attached to lighter skin tones and beauty, the people of Silla regularly took baths as part of their everyday livelihood. This daily routine then culminated in a belief that a pure heart accompanied a clean body. According to Samguk yusa, when a sinner ran away, neighbors in the same community would grab their sons and bath them in a pond within the palace to atone for the sinner’s wrongdoing. Over time, bathing facilities opened in larger cities and some members of the upper class even built their own bathtubs at home. Most peasants who couldn’t afford such extravagance visited Buddhist temples to take public baths instead.

The women of Silla enjoyed having long hair and wore hair accessories that evolved into the development of wigs or gachae (가채; 加髢), an elaborate wig that was often heavily accessorized. It is said that the gachae from Silla were known to be some of the best and were popular in other regions including but not limited to parts of modern-day China. Their exceptional quality came from the sheer amount of time and ingredients that went into making them. Some of these products used to treat the hair were camelia flowers and berries from dogwood trees. 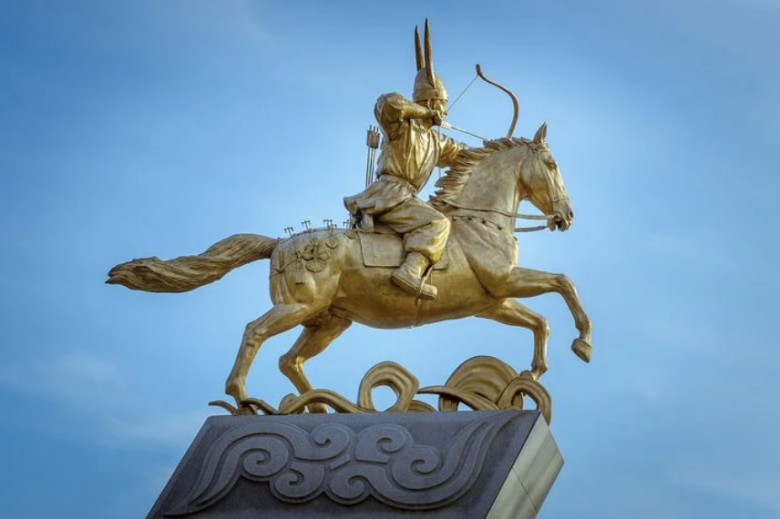 Beyond the aesthetic aspects, Silla’s emphasis on beauty is further accentuated by its key figures. Misil (미실; 美室), Queen Seondeok (선덕여왕), and the Hwarang (화랑; 花郞) are three representatives of beauty in the Silla Dynasty. Misil is a character featured in the history book Hwarang saegi (화랑세기; 花郞世記). It is ambiguous whether or not Misil was a real person due to the validity of the book itself that is now being debated. However, tales are told that she was one of the most beautiful women in the history of Korea. She was given the title Goongjoo (궁주; 宮主), which was given to the wives or daughters of kings and could be directly translated to ‘the owner of the palace.’ Queen Seondeok was the 27th ruler of Silla and first Queen in the history of Korea. Along with her brilliance and wisdom, she was also known for her beauty—though historical disputes revolving around the truthfulness of these claims remain in academia. Lastly, Hwarang, or flower knights, were a group of trained knights consisted mainly of adolescent boys. In line with the ideology that ‘within a beautiful body rests a beautiful soul,’ Hwarang wore elegant uniforms and hats decorated with beads to add flair to their appearance especially in battle.

Our inaugural episode of The History of Korean Beauty explored the Silla Dynasty’s fascination with beauty and the institutions that allowed its unique clothing and cosmetic traditions to flourish at the height of its cultural budding. Of course, these are phenomena not entirely unfamiliar to us today. Over the next few weeks, Asia Society Korea will explore “K-beauty” and how this notion has evolved throughout the annals of time. The series will examine closely the aesthetics and sensibilities in major epochs of Korean history from the Goryeo Dynasty, to the Joseon Dynasty, and to present day Korea. We will return the following week with a new episode on the Goryeo Dynasty (918 – 1392).