Queerness in Art – A Discussion with The Players 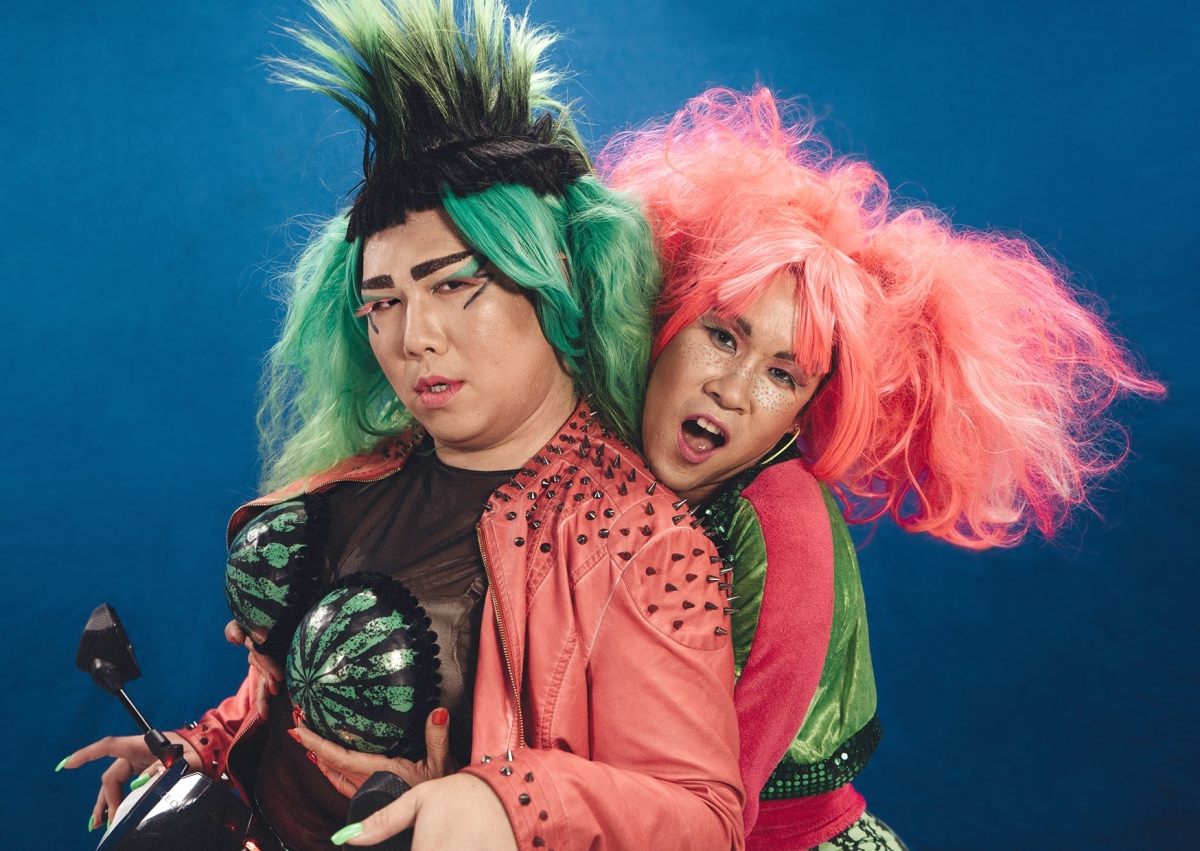 "Queer” was first used to denote peculiarity, and later developed into a derogatory label for homosexual relationships. Today, the table has been turned. “Queer” is reclaimed as a fluid term encompassing different sexualities and gender identities, questioning normative values. By exploring the practice of artists Jes Fan and Ming Wong, the discussion looks at various expressions of “queer” in the form of installation, performance, and sculpture among others. Jes Fan, a Brooklyn-based artist from Canada and Hong Kong, experiments with materials speak to the malleability of identity, rejecting binary social constructs. Ming Wong is known for his parodies of classic cinematic elements in the exploration of issues on identity. He lives and works in Berlin and Singapore. The discussion is joined by Patrick Sun, a collector of modern and contemporary Asian art who founded the Sunpride Foundation in 2014. The Foundation was the organizer of Asia’s first major LGBTQ exhibition, Spectrosynthesis. He will share his insights on the emergence of the queer art scene in Asia.

Ming Wong, born in Singapore, based in Berlin, builds layers of cinematic language, social structure, identity and introspection through his re-telling of world cinema and popular culture in his videos, installations and performances, often ‘mis-casting’ himself in multiple roles in a foreign language, interconnecting the concepts of gender, representation, culture and identity. He represented Singapore at the 53rd Venice Biennale in 2009 and has had solo exhibitions at leading institutions worldwide, including Ullens Centre for Contemporary Art, Beijing; Shiseido Gallery, Tokyo; REDCAT, Los Angeles; He has been included in numerous international biennials, including Performa, New York; Asia Pacific Triennial of Contemporary Art, Brisbane; Sydney Biennial; Shanghai Biennale; Lyon Biennale; and the Liverpool Biennial.

Jes Fan is from Canada and Hong Kong, China. They are the recipient of various fellowships and residencies, such as the Joan Mitchell Painters and Sculptors Grant, Pioneer Works residency, Edward and Sally Van Lier Fellowship at Museum of Arts and Design, John A. Chironna Memorial Award at RISD. Fan has exhibited in the United States and internationally. Selected exhibitions include Mother is a Woman, Empty Gallery (Hong Kong), In Search of Miss Ruthless, Para Site (Hong Kong), Set on Freedom, Queens Museum, New York. Fan holds a BFA from Rhode Island School of Design. Fan is based in Brooklyn, New York.

Patrick Sun, Founder of Sunpride Foundation, was born and raised in Hong Kong, and graduated from McGill University in Canada in 1976 with a degree in Business. In 1978, Patrick returned to Hong Kong to start working in the real estate development business and later on founded his own company Kinwick Holdings Limited. Patrick has been active in promoting equal rights for the LGBTQ community in Hong Kong and Taiwan since 2002. He has been collecting art since 1988, from his earlier interest in modern Chinese paintings to his recent focus on contemporary arts. In 2014, he founded Sunpride Foundation, with a goal to raise awareness and earn respect for the LGBTQ community through art. Patrick is now based in Hong Kong, Taipei and Bangkok.

Dominique Chan is the Head of Gallery and Exhibition at Asia Society Hong Kong Center, responsible for exhibition programming and on-site art installations. Chan oversaw the opening of the Chantal Miller Gallery in 2012 and since, he has organized a diverse range of traditional and contemporary Asian art, design and photography exhibitions. Chan worked directly with some of today’s most important international artists, such as Xu Bing, Yoshitomo Nara, and Shahzia Sikander in presenting their first solo exhibitions in Hong Kong. Chan is the recipient of the 2013/14 Hong Kong International Scholarships supported by HKSAR Government through the Hong Kong Arts Development Council to join the Clore Leadership Program in the United Kingdom and seconded at Tate Modern in London.

Click for directions
Free Admission with any Art Central ticket; Registration not required