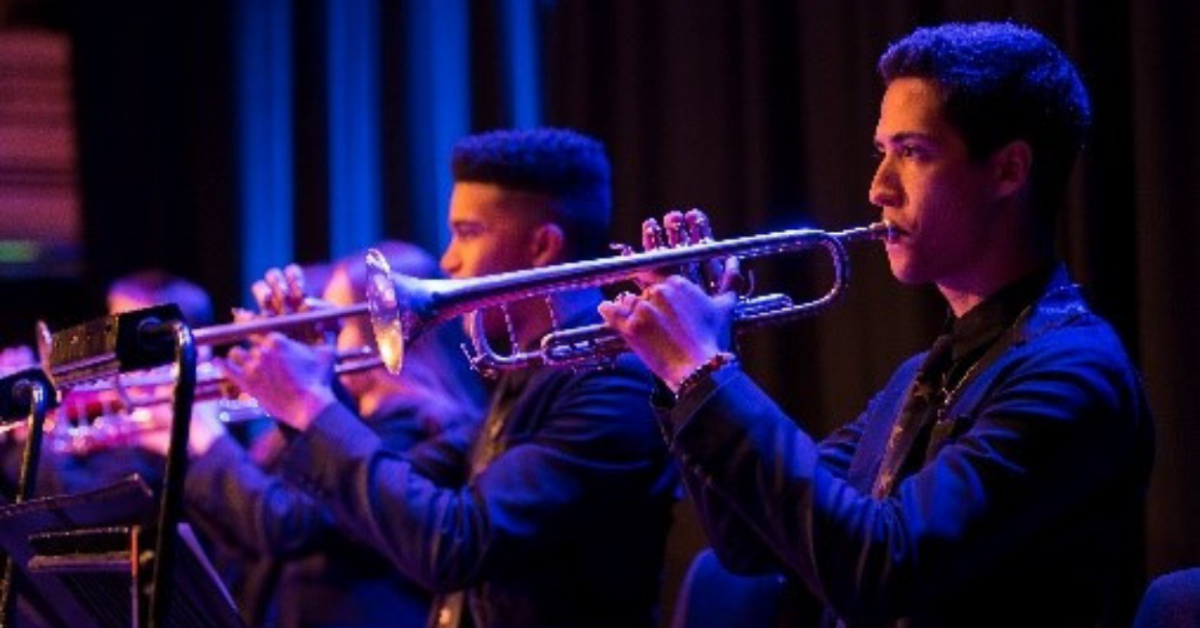 NYO Jazz gives outstanding young jazz musicians across America the opportunity to perform as cultural ambassadors on an international stage, sharing a uniquely American musical genre with cultures around the world through an international tour. This year, trumpeter Sean Jones returns as bandleader for performances in Asia alongside renowned jazz singer Kurt Elling in a concert that explores the scope of jazz music, from big band and bebop to Latin and soul.

Renowned for his singular combination of robust swing and poetic insight, Grammy winner Kurt Elling has secured his place among the world’s foremost jazz vocalists. Declared “the standout male vocalist of our time” by The New York Times, Kurt has garnered unprecedented accolades, including a 14-year run atop the DownBeat Critics Poll, a dozen Grammy nominations, and eight Jazz Journalists Association awards for “Male Singer of the Year.” Elling’s voice is instantly recognizable, embracing listeners with his warm, rich baritone and navigating the full span of his four-octave range as a virtuoso instrumentalist and a compelling storyteller.

Music and spirituality have always been intertwined in the artistic vision of trumpeter, bandleader, composer, educator, and activist Sean Jones. Sean turned a 6-month stint with the Jazz at Lincoln Center Orchestra into an offer from Wynton Marsalis for a permanent position as lead trumpeter, a post he held from 2004 until 2010. In 2015 Jones was tapped to become a member of the SFJAZZ Collective where he has managed to keep a core group of talented musicians whom have produced and released eight recordings on the Mack Avenue Records, the latest is his 2017 release Sean Jones: Live from the Jazz Bistro. He was recently appointed the Richard and Elizabeth Case Chair in Jazz Studies at The John Hopkins University’s Peabody Institute in Baltimore.

Comprising outstanding young American jazz musicians ages 16–19 from across the US, NYO Jazz showcases the legacy and bright future of American jazz. In 2019, the acclaimed ensemble returns for its second year following an inaugural season of extraordinary music-making and a successful debut tour to Europe, during which the musicians played to sold-out houses and received standing ovations and rave reviews. Chosen through a comprehensive and highly selective audition process, these remarkable musicians first come together each summer to engage in a rigorous two-week training residency in New York with world-class jazz masters. Following its residency, NYO Jazz performs at New York City’s Carnegie Hall with a celebrated guest artist before embarking on a tour to some of the world’s great music capitals.