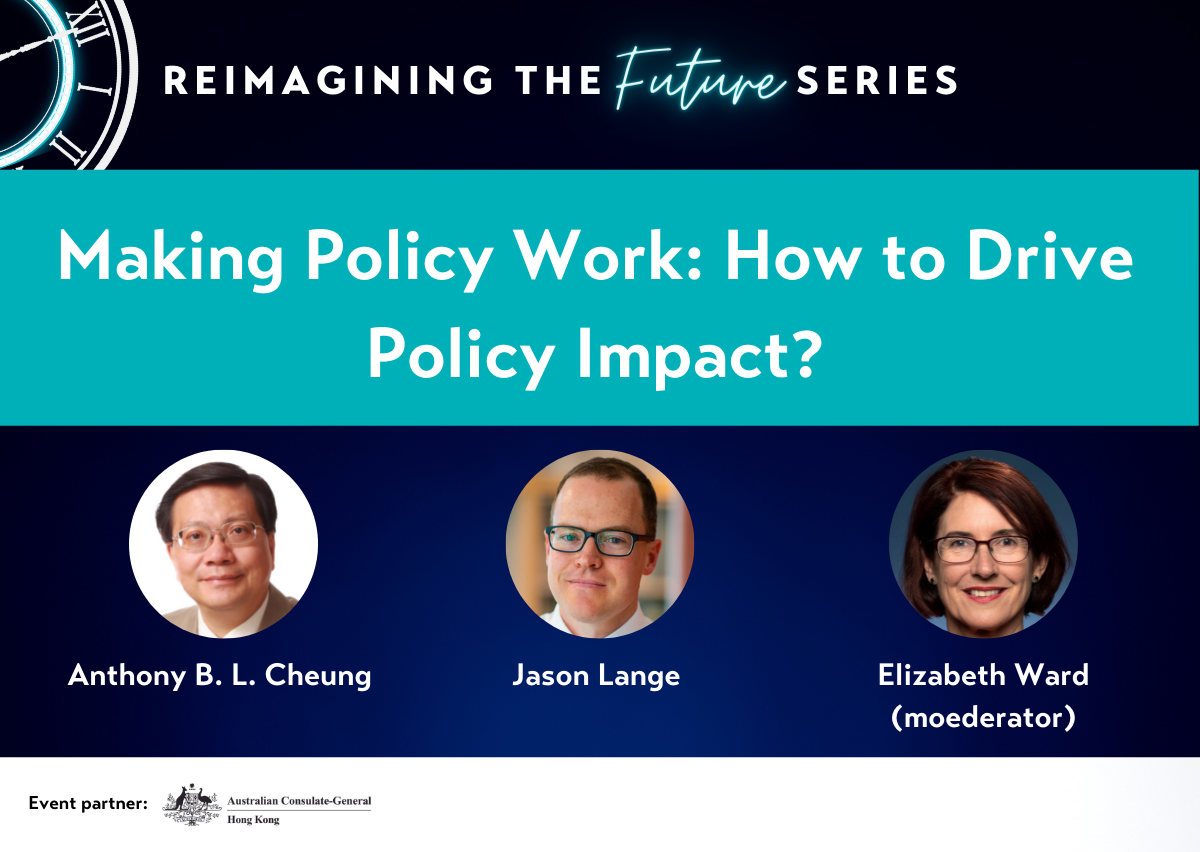 Problem definition is the first step of solving the root causes of various social issues. As the formulation of a clear problem-solving procedure remains critical, we need to then implement an evaluation plan in order to drive continuous improvement to meet objectives and to achieve expected outcomes. Creating big impacts means that we address the root causes instead of the symptoms of the social issues. Impact evaluation requires policymakers to consolidate data and conduct a public consultation in order to understand people’s attitudes and reactions to various social issues. Public Consultation helps minimize policy barriers and enhances people’s attitudes towards new initiatives and regulations. Therefore, it is of utmost importance for us to collect opinions from different stakeholders. In Hong Kong, while it is the executive branch that leads and implements policy suggestions, we need to constantly reflect upon what we can do to help address citizens’ concerns out there, so as to make sure decisions are not only made internally but also externally. The  Australian government has made an effort to identify the communities that have been affected by the legislation and implement policies based on evidence and research. This program aims to encourage inter-government exchanges on what makes policy work.

ASHK is proud to present a panel on this topic with Anthony B. L. Cheung, Research Chair Professor of Public Administration at the Education University of Hong Kong and Jason Lange, Executive Director of the Office of Best Practice Regulation (OBPR), in the Department of the Prime Minister and Cabinet (Australia). This discussion will be moderated by Elizabeth Ward, Australia’s Consul-General to Hong Kong and Macau.

Anthony B. L. Cheung is currently Research Chair Professor of Public Administration at the Education University of Hong Kong where he was President during 2008-12. From July 2012 to June 2017, he was Secretary for Transport and Housing of the Hong Kong SAR Government and Chairman of the Housing Authority. Before becoming an academic in 1986, Professor Cheung was a civil servant for 12 years. His research covers governance, public policy and management, and administrative and civil service reforms. He was a legislator (1995-97), a founding vice-chairman of the Democratic Party (1994-98) and founder of an independent think-tank SynergyNet in 2002, and had held various public service appointments including Non-Official Member of the Executive Council (2005-2012) and Chairman of the Consumer Council (2007-2012). He is presently Chairman of the Committee on Self-financing Post-secondary Education, and a Member of the Education Commission and University Grants Committee.

Jason Lange is the Executive Director of the Office of Best Practice Regulation (OBPR), in the Department of the Prime Minister and Cabinet (Australia). Its purpose is to strengthen the evidence base and impact analysis supporting major decisions of the Australian Government and Australia’s national/sub-national decision-making forums. OBPR is responsible for both the oversight of Australia’s Regulatory Impact Analysis (RIA) framework and its administration. He has spent over 17 years working across national and state-level public services, with policy experience across economic, industry, social, and deregulation portfolios.

Elizabeth Ward has been Australia’s Consul-General to Hong Kong and Macau since October 2020.
Ms Ward is a senior official in the Australian Government with extensive experience in trade and investment policy. She was the chief negotiator for the Australia-Hong Kong Free Trade Agreement and associated Investment Agreement, and led negotiations on behalf of Australia in the Trans-Pacific Partnership (TPP). Prior to her posting in Hong Kong, Ms Ward was First Assistant Secretary in the Trade, Investment and Business Engagement Division, and Special Negotiator in the Regional Trade Agreements Division.
Ms Ward has previously served overseas at the Australian Embassy in Washington DC, the Australian High Commission in New Delhi, and the Australian Embassy in Cairo.
Ms Ward holds a Master of Development Studies from Deakin University, and degrees in economics and arts from the Australian National University.

The Reimagining the Future Series

In the face of uncertainties, Asia Society Hong Kong Center has curated the Reimagining the Future Series to examine important issues in the region and the globe. By convening leading thinkers and policymakers, we aim to foster city-wide exchanges and encourage discussion on issues affecting our shared future, including trade policy, sustainable economic models,  culture,  public health and education etc.

Got Questions? Ask them here in advance (beginning October 15) or during the program:
https://app.sli.do/event/mz2m2kbb (code: # MakePolicyWork)