India by the Bay 2018 | Asia Society Skip to main content 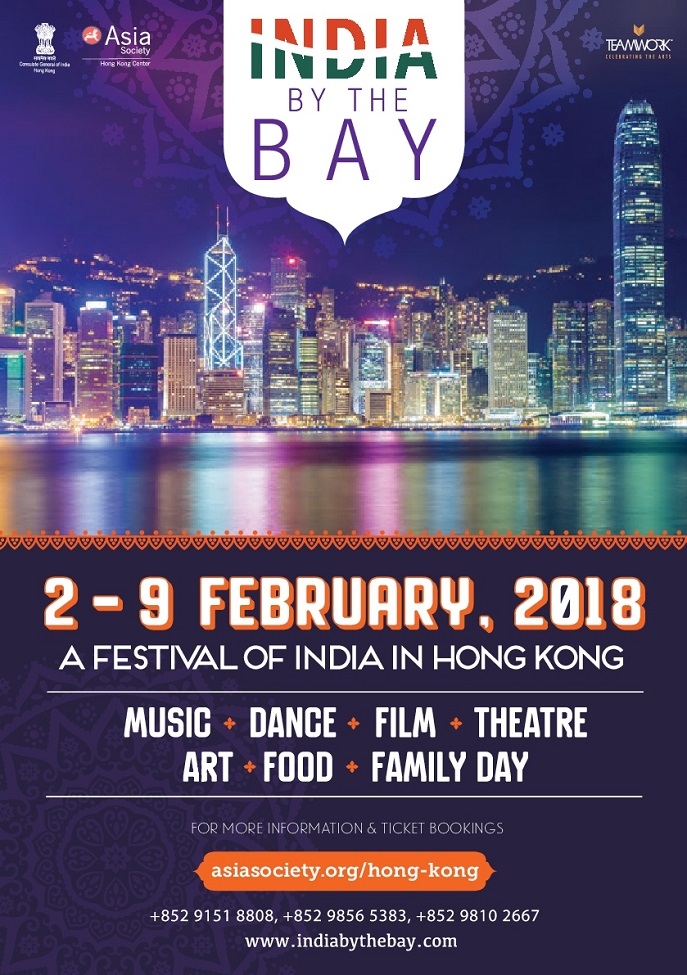 India by the Bay was conceived in 2015 as a first-of-its-kind festival to bring India’s rich cultural heritage to Hong Kong. It has now become a much-awaited event on the city’s cultural calendar.

The festival, co-presented by Asia Society Hong Kong Center and Teamwork has firmly established itself backed by the strength of its rich and diverse palette of programming that fuses the classical and the contemporary across the genres of music, theatre, dance, food, wellness, film, and literature — all essential ingredients of India’s cultural identity. The fourth and 2018 chapter of the festival promises an eclectic mix of artistic expression through a week-long exposition.

The relationship between India and Hong Kong is infused with warmth and mutual understanding of each other’s multi-cultural ethos. India by the Bay is dedicated to strengthening this bond. 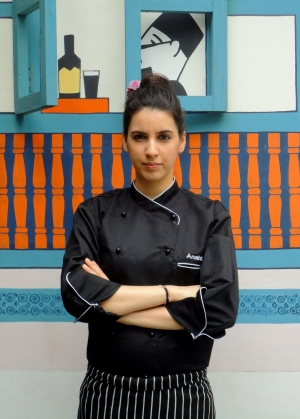 India by the Bay invites Hong Kong to a unique experience — a lavish Parsi Wedding Dinner (Lagan nu Bhonu), a talk by established local Historian Jason Wordie and an exclusive selection of wine served with the dinner.

The festival’s rich and diverse palette will be showcased in the opening gala dinner which brings you exquisite culinary flavors from the unique Zoroastrian community that came to India from the Persian Gulf as early as the 8th century CE. Feast against the backdrop of an unfolding tale about the fascinating history of the Parsis and their deep-rooted relationship with Hong Kong told by the established local historian Jason Wordie. The first of the Parsis arrived in Hong Kong in the late 18th century to trade. Snapshots of Hong Kong’s Parsi legacy are still abundantly visible. 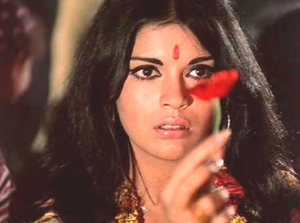 Zeenat Aman, probably Hindi cinema’s first "Indo-Western" star, burst upon the horizon in the 70s and made celluloid history by destroying stereotypes of what a typical Hindi movie leading lady was supposed to be — the sari-clad “eternally self-sacrificing” heroine gave way to a new glamorous woman of the world who straddled sex appeal, raw passion and acting prowess. Zeenat was like India’s Jackie Kennedy — a fashion icon with a suave sophisticated charm.

Spend an evening with Bollywood's original diva as she talks about her life and career with the same savoir-faire with which she navigated Bollywood’s vibrant landscape.

There will be a cocktail reception hosted by Mercedes after the event, for all attendees. 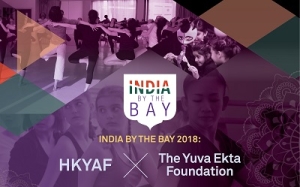 Hong Kong Youth Arts Foundation and the Yuva Ekta Foundation, India come together for a two-day theatrical workshop for youth. The workshops include physical theater and paper-puppet theater.

Warm up with the ancient science of yoga! Stretch and unite your body, mind, and spirit, as we experiment with theatre as a tool for social change and experience how to create theatre without words. This powerful but fun workshop enhances our ability to use the body as a vehicle for expression — and for giving and receiving from others.

Step into the magical world of make-believe and see your stories come alive with Paper Puppet Theatre! This workshop transports you to the heart of central India and presents a performance of Survival, a story of desperation, courage, and determination to stay alive. An interactive post-performance discussion explores the emotions invoked in the story and sets the tone for you to build your own scenarios and prepare short paper puppet theatre performances to present at the end of the session. 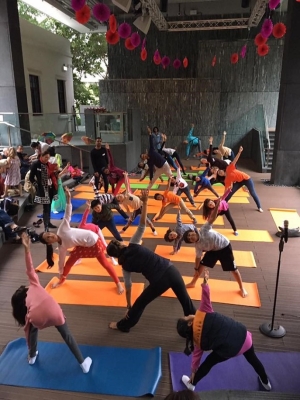 After the 2017 event that saw 830 attendees, we bring Family Day back with a specially curated event for children and parents. Family Day will feature fun-filled activities that will fire up the imagination of children of all ages. The day will include an exclusive storytelling session and various workshops in theater, crafts, cuisine, yoga, and dance, giving children the opportunity to learn and “ideate” with versatile mentors outside the walls of a classroom and explore their creativity. 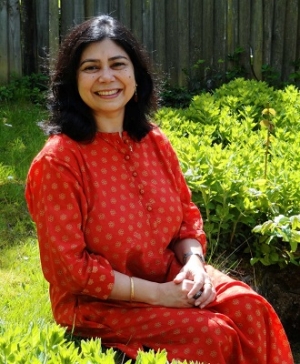 Author and journalist Shrabani Basu, whose book Victoria and Abdul has recently been adapted to film with Judi Dench in the role of Victoria, started her career as a journalist in 1983 with the Times of India. She moved to London in 1987 and has since been the correspondent of the Kolkata-based newspaper Anand Bazar Patrika and the Telegraph. She has always combined journalism with her love of history and all her books have evolved from her observations about the shared histories of India and Britain. Shrabani will be in conversation with Sanjoy K. Roy. 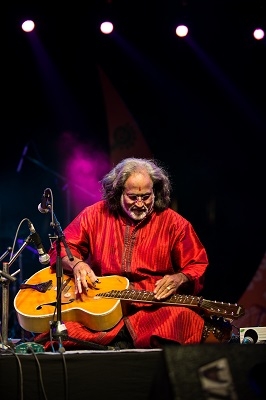 The Musical Magic of the Mohan Veena — Vishwa Mohan Bhatt

A 1994 Grammy Award winner, a disciple of Pandit Ravi Shankar and creator of the Mohan Veena (a hybrid slide guitar), Vishwa Mohan Bhatt has performed extensively all over the world and comes to Hong Kong for an exclusive concert as part of India by the Bay. The Mohan Veena, which Vishwa Mohan Bhatt plays lap-style, is a modified acoustic guitar with 19 strings, divided among melody, drone and sympathetic in the manner of the sitar. The added strings allow Bhatt to produce a range of timbres and effects. He is equally well known for his performances as he is for his compositions. With blinding speed and faultless legato, Bhatt is undoubtedly one of the most expressive, versatile and greatest slide players in the world. 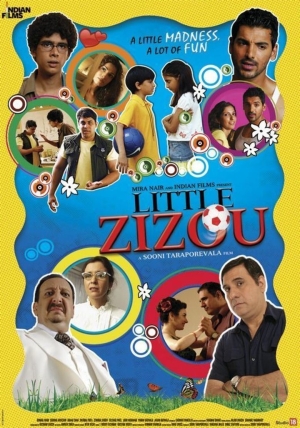 As part of India By The Bay 2018, Asia Society Hong Kong Center is excited to present the screening of Little Zizou, a contemporary comedy for global audiences. Set in Bombay, it is the heartfelt story of two very unusual families in conflict — one headed by a religious bigot, the other by a reforming journalist. This freewheeling film is filled with an assortment of characters inspired by the spirit of Federico Fellini, with just a hint of Mel Brooks.

Directed by Sooni Taraporevala, the film stars Indian talent, music, dance, lush Indian scenery, even heartbreak; a film that depicts the unique and fascinating world of Bombay’s Parsi community. Whether you’re familiar with Parsis or not, you should warm up to this film with its gentle humor and plea for peace — a persuasive voice in these times of madness. 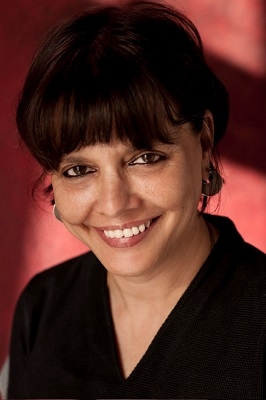 Talk — Through the Lens

Sooni Taraporevala is a well-known screenwriter and photographer, best known for her screenplays of Mississippi Masala, followed by The Namesake and the Academy Award-nominated Salaam Bombay, all of which have been directed by Mira Nair. She directed her first feature film in 2007 based on a screenplay of her own and titled Little Zizou (see above).

Sooni has exhibited her photographs all over the world; they are part of the permanent collections of the National Gallery of Modern Art, Delhi and the Metropolitan Museum of Art, New York. The recipient of numerous national and international awards, she was awarded a Padma Shri by the Government of India and is a member of The Academy of Motion Picture of Arts and Sciences.

Her book Home In The City, Bombay 1977 – Mumbai 2017, published by HarperCollins India, features essays by Pico Iyer and Salman Rushdie.

Sooni will be in conversation with international news correspondent Mallika Kapur who has a spent a large part of her career with CNN. She will also be signing her book Home in the City after the event.

As part of India By The Bay 2018, Asia Society Hong Kong Center is excited to present the screening of Little Zizou on the same day for a contemporary comedy for global audiences. 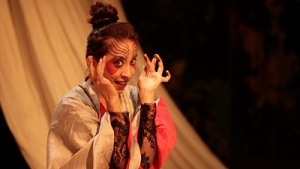 Solo Theater — Elephant in The Room

Inspired by mythology, Elephant in the Room plays homage to Lord Ganapati in this quirky and poignant reinterpretation of his story. The protagonist is a young boy interestingly named Master Tusk, who has been given a new head — that of an elephant’s! Tusk gets lost in a forest and encounters many dangers, both literal and metaphorical — this is a coming-of-age story in which Tusk emerges with his head firmly on his shoulders. 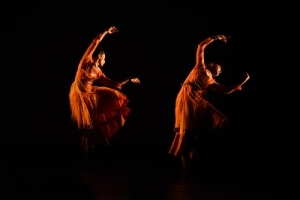 The Rhythmosaic Sengupta Dance Company is on a constant tryst of pushing boundaries in the field of classical and contemporary movement art; their experimental movements retain traditional nuances while exploring contemporary possibilities. Based on the techniques of classical Kathak and jazz, their performers have trained for years in these two forms with Ronnie and Mitul Sengupta. Rhythmosaic will be in presenting a dance piece in collaboration with the students of the School of Dance, Hong Kong Academy for Performing Arts. 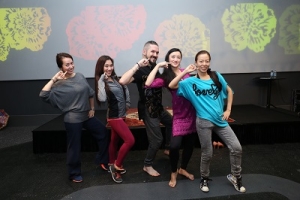 Gilles Chuyen returns for the third time to Hong Kong by popular demand to conduct another dance workshop, close on the heels of his sold-out show last year, that will have everyone dancing to his tunes! Trained in France in folk, modern jazz, ballet and contemporary dance styles, Gilles has been working in India since 1994. He has been teaching Bollywood dance styles extensively in India, U.K., and South Africa. 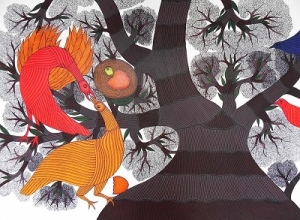 Art — A Journey of Discovery

One of the most talented Gond artists we have today, Bhajju Shyam is from the tribal village of Patangarh in Central India. His talent and drive have propelled Gond art from the village to the international art arena. Bhajju will talk about his art in a conversation with Edward Wilkinson, Executive Director of Bonhams Asia, a specialist in Indian, Himalayan, and Southeast Asian Art. Bhajju will also be exhibiting his Gond collection at the Bonhams Gallery and will be conducting workshops at the Festival. 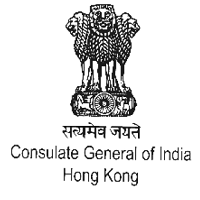