Do We Have To? Institutional Collaborative Obligations and Imperatives | Asia Society Skip to main content

Do We Have To? Institutional Collaborative Obligations and Imperatives 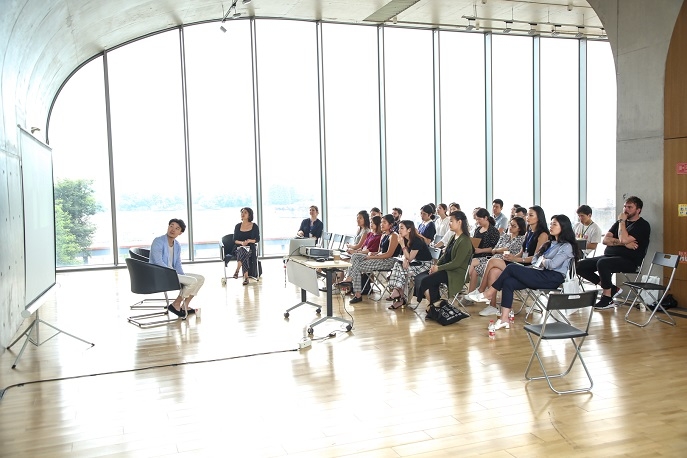 Do art institutions need to support each other? If so, why and in what ways? Does this responsibility extend across cities, countries and even oceans? In a context in which institutions are competing for limited resources and audience attention, does this duty still stand? This panel will examine the ties that bind cultural institutions together and what their obligations are to each other.

Tobias Berger is the Head of Arts at Tai Kwun, the new art and heritage revitalization project at the former Central Police Station compound. After graduating in art history and economics from the Ruhr-University Bochum, Germany, and completing the De Appel Curatorial Training Programme in Amsterdam, Tobias Berger worked as a Curator at the Museum Fridericianum in Kassel, Germany, until the end of 2001. In 2002, Berger was the Artistic Director of the 8th Baltic Triennial of International Art in Vilnius, Lithuania. Between 2003 and 2005, he was the Director of ARTSPACE NZ in Auckland, New Zealand. From 2005 to 2008, he was the Executive Director of Para Site Art Space in Hong Kong.

Pi Li is the Sigg Senior Curator of M+, a visual culture museum in Hong Kong. Exhibitions Pi Li curated include Right is Wrong: Four Decades of Chinese Art in M+ Sigg Collection at Whitworth Gallery in Manchester and Bildmuseet in Umea 2015 and 2014; Under Construction at Tokyo Opera Museum in 2002; Moist: Asia-Pacific Media Art at the Beijing Millennium Monument Art Museum in 2002; Fantasy Zone at Art Museum of DongA Daily in 2001 and Beijing Modern Art Center in 2002; Image is Power at He Xiangning Art Museum in Shenzhen in 2002. He was the curator of Media City Seoul in 2006. He has also served as curator for the Shanghai Biennial in 2002; and Allôrs la Chine at Centre Georges Pompidou in 2003.

John Tain is Head of Research at the Asia Art Archives, where he leads a team of researchers based in Hong Kong, Delhi, and Shanghai, with projects spanning all of Asia.  Previously, he was a curator for modern and contemporary collections at the Getty Research Institute, where he worked on projects related to artists Ed Ruscha, Allan Sekula, Faith Wilding, Tetsumi Kudo, and others.  His writings on Rirkrit Tiravanija, Wu Tsang, Charles Gaines and Kara Walker, among others have appeared in Artforum, The Brooklyn Rail, Flash Art, Art Review Asia, and in various exhibition catalogues, and he is a series editor for Afterall Exhibition Histories. His exhibition, co-curated with Jasmine Alinder, Someday, Chicago, on the Japanese-American photographer Yasuhiro Ishimoto, opened September at the DePaul Art Museum.

Ying Zhou is an architect and assistant professor at the Department of Architecture at HKU. Her research interest on the growth of cultural industries and their institutional frameworks in East Asian cities developed from working with Kees Christiaanse at the Future Cities Lab of the Singapore-ETH Centre and with Herzog & de Meuron at the ETH Studio Basel. She has published and exhibited in Critical Planning, Urban China [城市中國], Frieze, LEAP [藝術界], at the Shenzhen Biennale, Haus der Kunst in Munich, Swiss Architecture Museum, amongst others. Born in Shanghai, Ying holds a B.S.E. from Princeton, a M.Arch. from the Graduate School of Design at Harvard and a Ph.D. from the ETHZ.