Crafting the Brand in the Industry 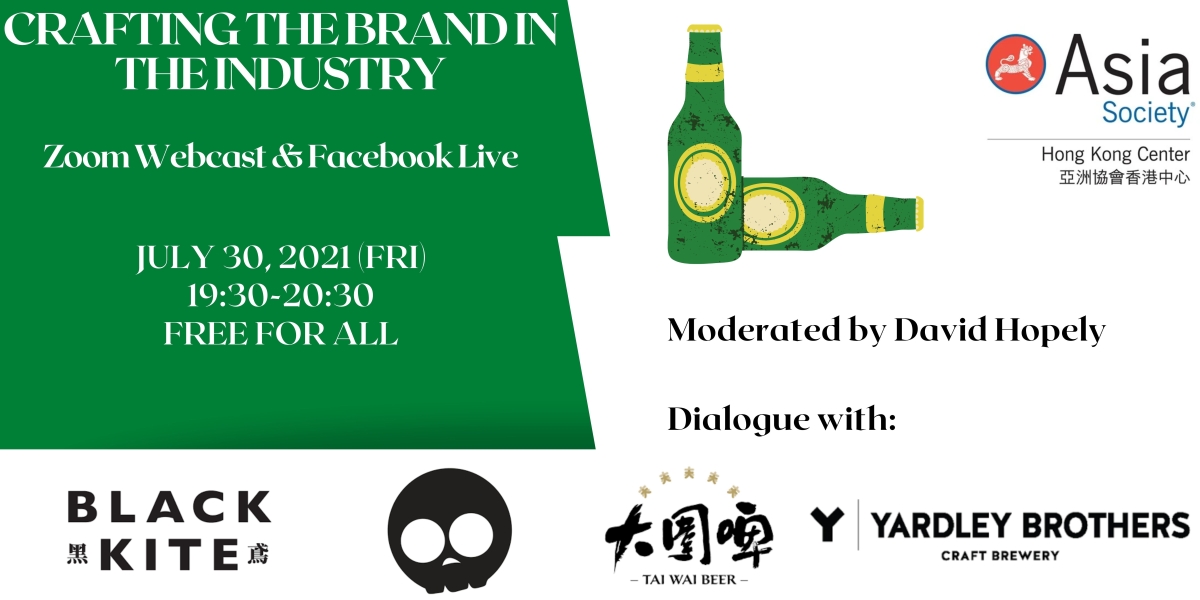 Free for ALL
*Zoom login details will be emailed upon registration

With just two local craft beer breweries in Hong Kong in 2013, the industry has since grown to a far larger number now. With close to 40 breweries over a few hundred types of craft beer, this industry is maturing very quickly.

Yardley Brothers Craft Brewery is a long-established brewery in Hong Kong with a continuous new craft and innovation to put them in the forefront of the market. Black Kite Brewery and Tai Wai Beer are long known for their award-winning beers in the market, passionfruit sour beer, and tea-flavor beer respectively. Recently both successfully went through re-branding of their bottles. New kid on the block – Deadman Brewery with their experienced brewers, are they ready to take up a slice of the market share?

This dynamic dialogue among the four breweries will be moderated by David Hopely, who is a craft beer fanatic and also had followed the industry growth closely since the start.

This dialogue will be a kickstart to the Members’ Craft Beer Series, where every month we will showcase a local craft brewery to conduct an online guided beer tasting by the brewer for the members of Asia Society Hong Kong Center. This beer tasting will happen on the last Friday of every month.

Join as a member of Asia Society Hong Kong Center now to enjoy the membership benefits and these special craft beer tasting sessions with the brewers!