Bringing Balance for Better: From Conversation to Action 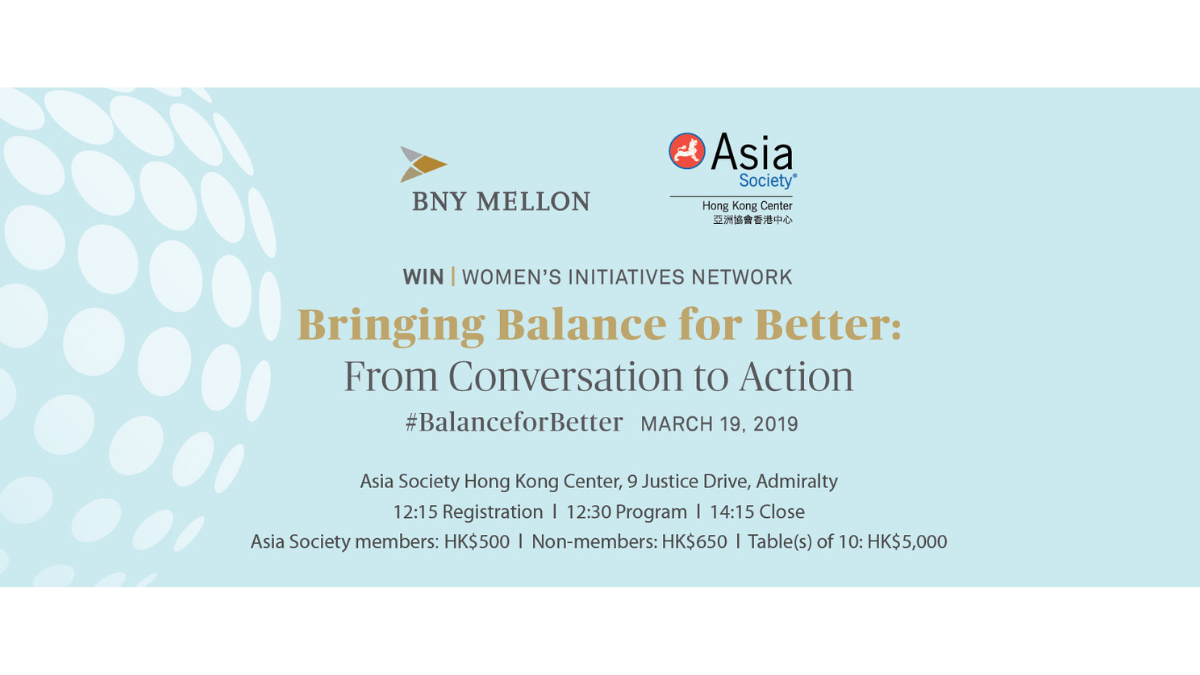 #BalanceforBetter, the International Women’s Day 2019 campaign theme, serves as a continuous call to action to build a gender-balanced world, whether it be in corporate boardrooms, government, academia and media or gender balance of employees. Gender diversity and inclusion in the workplace are a critical driver of innovation and productivity, and a key component for Hong Kong and the Asia-Pacific economy to maintain a competitive edge. Advancing women’s equality in the countries of the Asia Pacific could, in fact, add $4.5 trillion to their collective GDP annually in 2025.The luncheon panel discussion convenes experts from diverse backgrounds to exchange best practices and experiences as well as explore solutions and cross-sector efforts in advancing gender parity in the workforce in Hong Kong and across Asia.

Cally Chan is General Manager of Microsoft Hong Kong and Macau, leading the overall strategy and business operations, raising the talent bar,and providing leadership in customer satisfaction and business growth. She has more than 27 years of business and IT experience. Ms. Chan previously served as Managing Director and Vice President of the Hewlett Packard Enterprise Group from 2010 to 2017. She is passionate about driving digital transformation and diversity. Ms. Chan is Chairlady of the first-ever IT women’s FACE Club of the Hong Kong Computer Society, and a Director of the Applied Science and Technology Research Institute, and of the Employees Retraining Board.

Fanny Cheung is Choh-Ming Li Professor of Psychology and Co-Director of the Hong Kong Institute of Asia-Pacific Studies at CUHK, and was formerly Dean of the Faculty of Social Science and Chairperson of the Department of Psychology. She is Pro-Vice-Chancellor for Research, overseeing the governance of interdisciplinary research institutes and knowledge transfer. An active advocate for promoting women's status through scientific research, Prof. Cheung established the Gender Research Centre in 1985,where she is a current advisor,and initiated the Gender Studies Program at the University.She served as Founding Chairperson of the Hong Kong Equal Opportunities Commission.

Robin Savchuk is International Treasurer for BNY Mellon. In this role, she is responsible for non-U.S.treasury activities and liquidity management in the EMEA and Asia Pacific region. Ms. Savchuk chairsthe Regional ALCO committees in EMEA and Asia Pacific. She also sits on a number of other senior management committees across the regions, including BNY Mellon’s Corporate ALCO committee in New York. Ms. Savchuk is a Director on the Board of BNY Mellon Capital Markets EMEA Limited and Deputy Branch Manager for BNY Mellon SA /NV London Branch. She has previously worked for ABNAMRO in Amsterdam, Citibank in Bahrain and Kajima Corporation in Tokyo.