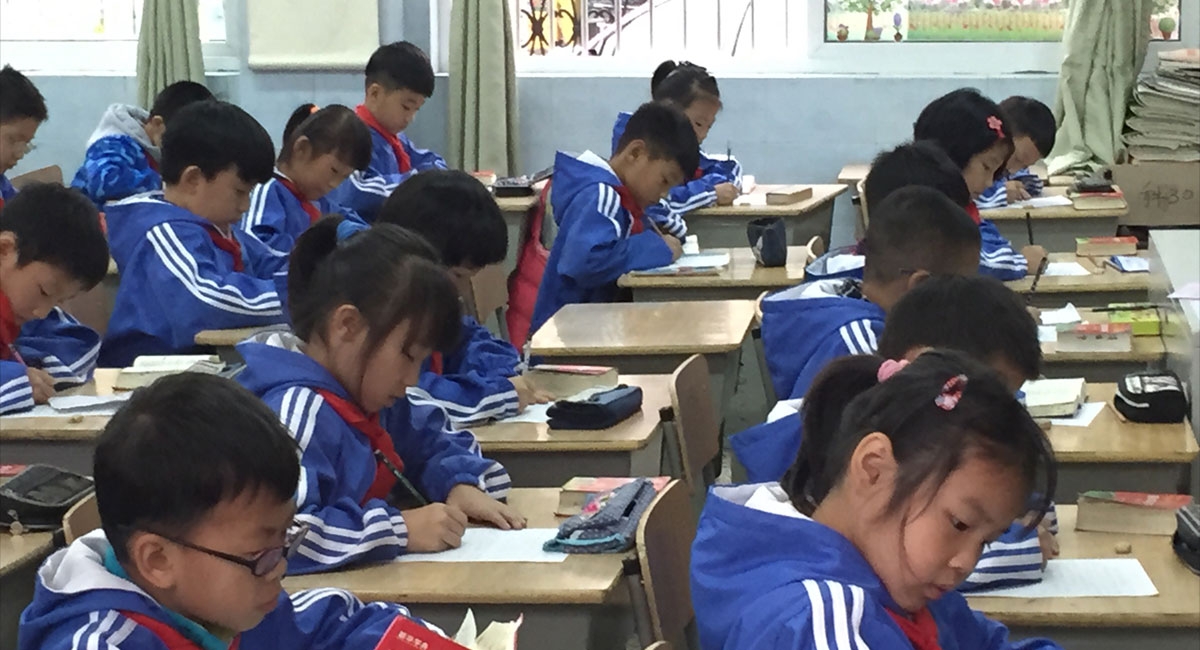 In November of 2015, I attended Asia Society’s Global Cities Education Network (GCEN) annual summit in Shanghai. The summit brought together representatives from all of the GCEN members, including ministry officials from China, Singapore, Korea, and Japan, and district officials from the US cities of Houston, Lexington, Oakland, and Seattle, as well as from Toronto and Melbourne.

The purpose of the meeting was to examine Shanghai’s education system with an equity lens and to participate in working groups from across the cities to work on common issues such as 21st century skills and improving career and technical education. The summit was the fifth in a series of symposia hosted by GCEN.

Below, I’d like to share a few takeaways, with the admission that these insights are from a brief five-day window into an enormously complex set of issues:

1) Beyond Queen Bees and Wannabes

While the American participants had joined this network to learn how top-performing systems abroad worked, the Asian participants were equally eager to hear about aspects of the American approach, particularly with respect to developing creativity. Many of the Asian ministry officials had experience in the US higher education system, and had strong memories of powerful seminars or graduate classes they had taken in the US.

Coupled with the fact that they had strong examination systems and thus an emphasis on performing to external metrics, they were very curious about what education would look like that was more intrinsically motivated and more focused on helping students develop their interests and passions. All of the cities were part of a 21st century skills working group, suggesting that everyone is trying to figure out how to integrate the old and the new, how to help students master basic content while also pushing them to reason and create.

One of the lessons that has been taken from abroad the past few years is the idea that teachers in other countries have more time to plan and collaborate, whereas US teachers are more frequently in front of students. Recent reconsideration of that evidence has suggested the gap was not as large as previously thought, but the gap still persists. The schools we visited suggest that Shanghai teachers do have remarkably large amounts of time to plan; at one high school teachers described teaching three 45-minute blocks a day, and having the rest of the day to plan and collaborate. But they do this through having very large class sizes—40-50 in the high school, and 40 or so in the elementary schools. We could do that too—rather than teaching 25 at 9:00 a.m. and 25 at 10 a.m., we could have teachers teach 50 at 9 a.m. and then plan from 10–11.

But in the Chinese system, having larger classes is seemingly not that problematic, because much of the teaching is fairly traditional frontal teaching (lecture, or I do/we do/you do); it would be much more difficult to run seminars, say, using this system. Mindful that these kinds of visits show you only the schools that people want you to see, at those schools we saw a very high level of attention from the students, which everyone (teachers, school administrators, ministry officials) we talked to attributed to a combination of Confucian culture, low to modest levels of poverty in our host schools, and, for high school students, the college entrance exams that govern the system. Thus in a system with frontal teaching and high levels of behavioral control, you can have larger classes, which creates more time for planning.

If we tried to import classes of 50 into the US system to create more planning time, without attending to questions of behavior, poverty, and more varied pedagogical methods, chances are it would not work too well. The lesson I take from this is not that you can't learn things from other countries, but rather that you have to think in terms of systemic wholes; plucking lessons and importing them into very different kinds of systems will require attention to how the parts fit into the whole.

3) Unlearning is a Challenge at the System Level, Too

I've written previously about the challenge of "unlearning" for teachers and schools—specifically the way in which some sets of existing commitments make it hard to take on new commitments. These visits suggest the same challenges exist at the national level. For example, as mentioned above, China was one of several East Asian countries that expressed considerable interest in education that gave students more room to follow their own passions and develop their own interests. But they expressed no interest in moving away from, or lessening the role of, their longstanding college examination system (which has roots in a several millennia-old civil examination system), which they saw as the key to having an objective and meritocratic school system.

Thus they were trapped between new goals they aspired to and old commitments they did not want to discard. This was quite parallel to what I've seen in some American "no excuses" schools—success in an examination-based system (featuring high levels of behavioral control and good test scores) getting in the way of a newer commitment to more student-driven learning, which might undermine the success of what they had already accomplished. The difference is that when whole nations have taken such an approach it is difficult to experiment and try new configurations without huge risks to what has already been accomplished, meaning that systems change is a quite conservative process. It also suggests, consistent with political scientists' work on path dependency, that it is likely that different nations will take different paths, consistent with their history and their values, even as they seek some similar goals.

On a more personal note, seeing how whole other systems were organized was really useful for reflecting on our own. There is much more variation across countries than within them in how they handle a given educational challenge (i.e., second language learning, special education, career and technical education, equity) and thus the increasing interest in global education has the potential to make all of us less parochial in how we think. For example, it was striking to be reminded that no other country has made anywhere near the investment in individual teacher evaluations that the United States has; perhaps everyone else is wrong and we are right, or perhaps the world consensus has it right and we are wrong. But an international perspective forces us to at least reflect on these big questions, which are largely invisible from within a given country's policy debates.

A version of this article was originally published on Education Week’s Learning Deeply blog.