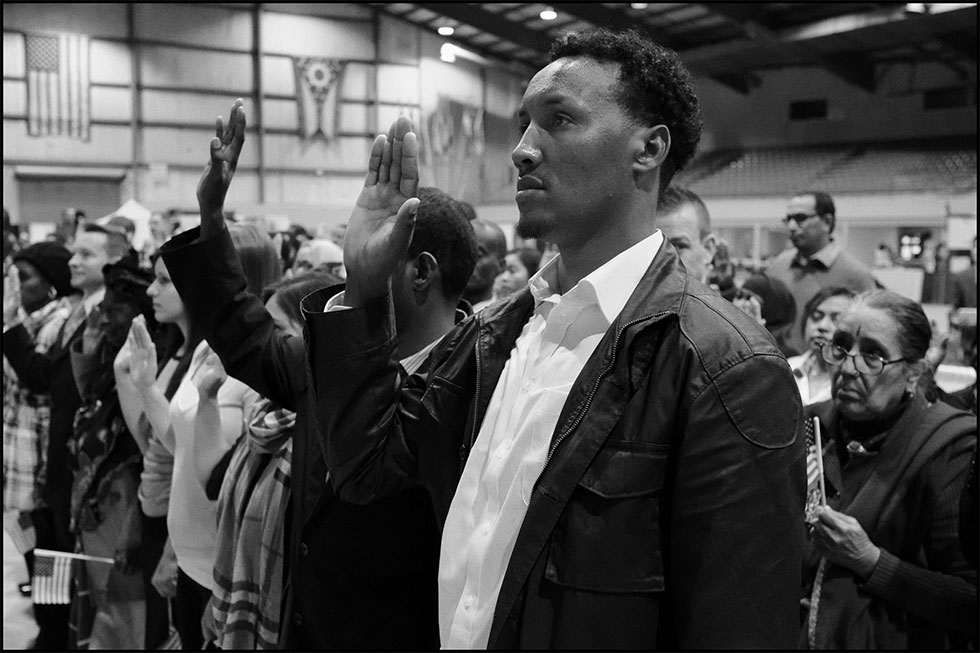 When then-candidate Donald Trump declared that he would call for a “total and complete shutdown of Muslims entering the United States,” I’ll admit that I rolled my eyes a little bit. I didn’t really believe any such policy could be implemented if a Trump administration came to power, and that the statement was little more than right-wing dog whistling. In retrospect, I’m a little ashamed of my casual dismissal of such a callous campaign promise, and in the wake of the recent immigration ban on travelers from seven targeted Muslim-majority countries, I have been reflecting on the message that such a policy has been sending, around the world, and here at the local level.

As an immigrant, some of these messages hit close to home. As an advocate for global competence education, they further erode the important work that we need to do to change mindsets and build a generation of leaders able to contend with complex identities that exist within this country, and within ourselves.

I was too young to really remember times when my family felt threatened by our immigration status, but recently I’ve begun to recall the level of anxiety we felt every time we would return to the US after visiting family in India or from travel outside the US. My mother has told me that she felt at the mercy of every borders and customs service agent she encountered. Generally, we were questioned extensively and then let through the kiosks without incident, but there was always a lurking fear that the agent might decide to detain us and question us further, or worse, deny us entry to a land that was long our home—and this was despite the legal status of my family.

When we became naturalized citizens, I remember that anxiety dissipating somewhat—certain aspects of traveling became much easier (shorter wait times, less questioning, etc.)—and, frankly, I became complacent. Unfortunately, the unease we used to feel continues to affect many of our fellow citizens. Within my own friend circle, I’ve become more aware of the difficulties my Muslim friends (and other marginalized identities) often face while traveling.

Over the last week or so, numerous stories have been written and told about the hardships faced by travelers, including legal residents of the US, who were in transit when the immigration ban was instituted. In addition to life-or-death consequences for some, the emotional toll on these people, which includes Americans and US residents who have been caught in the crosshairs of years of discriminatory travel and immigration policies, is something that should give all of us pause.

Global citizenship is a concept that acknowledges the multiple identities within us all. Personally, I didn’t feel any less Indian when I went through the formalities of becoming a US citizen, or any more American, and currently both parts of my identity are still important to who I am as a whole—and I believe this complicated identity should be celebrated rather than denigrated.

The idea of preparing students for global citizenship is controversial only if you believe that we lose something in our national character when we acknowledge that people have rich and diverse identities within themselves, beyond their nationality or nation of origin. In this alternate, “America first” reality, teaching children and youth to engage with the world quickly becomes a zero-sum game in which they are taught to be less American if they learn about the world, rather than more well-rounded citizens and therefore better Americans.

Global competence education means we are teaching children to appreciate diversity as well as contend with it, to develop the critical thinking skills to engage with their peers and surroundings, and develop solutions to problems they face in varying. This work is critical in the face of radical extremism, whether it comes from non-state terrorism or a state government, be it ISIL or President Trump.

It was almost exactly ten years ago that I stood in front of an American flag and pledged my allegiance to “support and defend the Constitution and laws of the United States of America against all enemies, foreign and domestic,” and to “bear true faith and allegiance to the same.” Lately, this oath has weighed a little heavier on me when I recognize the hardships faced my so many of my fellow Americans.

Belonging to a community means supporting one another, and so I will continue to call out injustices as I see them. I know that keeping one part of this bargain is participating in active dissent, but another is supporting new ways of thinking about ourselves in relation to the world around us—by continuing to develop my own global competence and encouraging others to do the same.

Apoorvaa Joshi is Executive Associate in the Center for Global Education at Asia Society. She received a Master's degree in human rights from the London School of Economics, and has focused on social justice, human rights, and gender in her research. She lives in Brooklyn, New York.